The American car manufacturer has announced some improvements for the Terrain crossover last year at the New York Auto Show. According to the company, the model has been fairly enhanced regarding the interior, exterior and other areas, which is certainly good news for fans of this compact SUV.

Looking at the sale results, we can say that there are a lot of them: in 2014 alone, the manufacturer has sold more than 105,000 units of the model, thus meeting the goals set earlier. In fact, this figure has placed Terrain at the first place in sales among all models of GMC, so the company certainly expects even more success with the latest improved vehicle.

Having analyzed the model after the unveiling in New York, it was clear that most of the improvements were made to the exterior. The old rear and front ends were replaced with new and better looking designs, which help to improve the overall appearance of the vehicle and give it a little bit of upscale look.

As it was reported by the manufacturer, 2016 GMC Terrain will be manufactured in several trims some of which share specific exterior features. For example, the SL, SLE, and SLT configurations will have a three-bar chrome grille with a traditional black honeycomb backing. On the other hand, the Denali model will feature larger wheels than the versions mentioned above.

All trim levels have received LED daytime running lights, and this further increases the visual beauty of the body. Along with the redesigned C-shaped chrome ring, the lights make the vehicle appear much more planted than the previous model.

Also, the designers have provided Terrain with 18 and 19-inch alloy wheels that also contribute to a cooler look. Finally, Terrain will be available in all previous colors along with two new ones: Crimson Red Tintcoat and White Frost Tricoat.

Apparently, the designers at GMC have decided not to disappoint the fans and did not stop after refreshing the exterior. Although average driver without the knowledge of Terrain design might not recognize the changes, an expert will quickly identify them. Having viewed the interior, we were able to see some changes, which were located in the center stack. For example, the vehicle’s hard buttons of the infotainment system were revised to be much more intuitive. 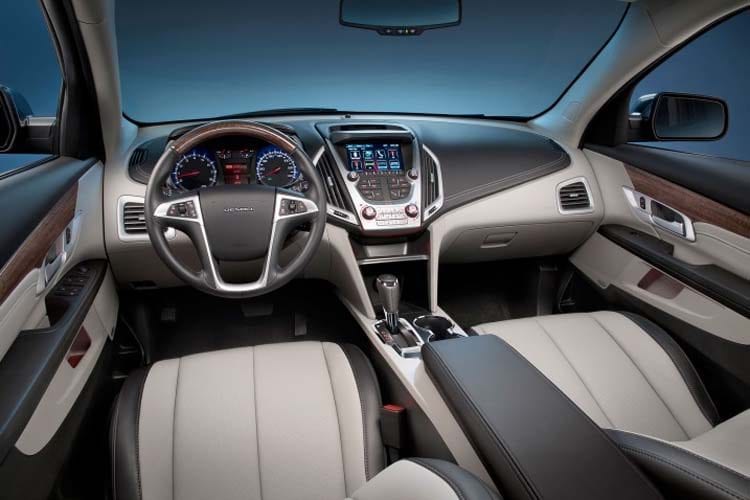 We also saw that the CD/DVD slot under the HVAC controls is absent and replaced with a small shelf for storing and the door lock button on the dashboard is gone as well. The designers thought it would be more effective to place individual buttons on each door, which should be more space efficient.

The seats in the latest Terrain have also been changed; specifically, the manufacturer has upgraded them by providing a new premium cloth fabric in most trims as standard. The upper trims are to get another color for the seats that is called Saddle Up. To keep the passengers occupied and entertained during trips, Terrain also obtained Wi-Fi hotspot 4G LTE.

Among other remarkable features found in the interior are climate control, satellite radio, USB jack, ambient lighting, Bluetooth, power driver seat, 7-inch touch screen display, and keyless entry. The passengers will be entertained with the DVD system and premium sound system, which is also able to connect to online streaming services. 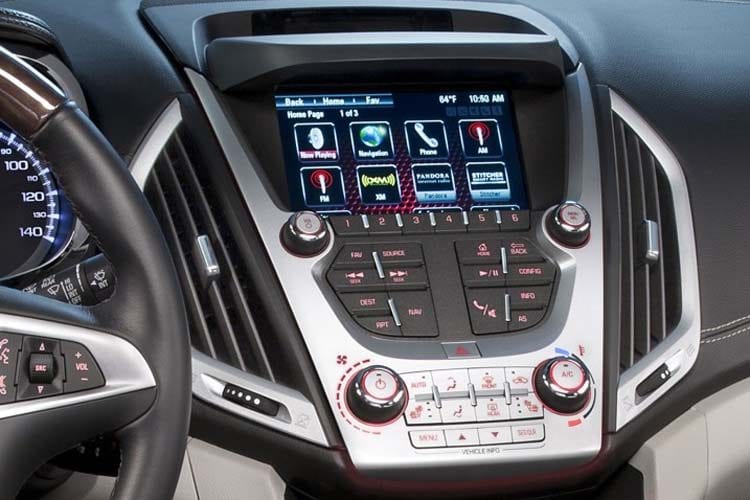 Even though the restyling of the cabin was not comprehensive, it still can boast contemporary style in contrast to the macho-looking sheet metal. It is limited to the revision of the center stack, cloth, finish colors, and button location and graphics, but the cabin offers some impressive features to the passengers, including storage space of 31.6 cubic feet.

We think that the next generation of Terrain will be even more spacious because it will feature a third-row seat, which may attract some family shoppers to the GMC dealership and this model. With this change, it might not be a part of the compact SUV segment, but there is still time for things to change. 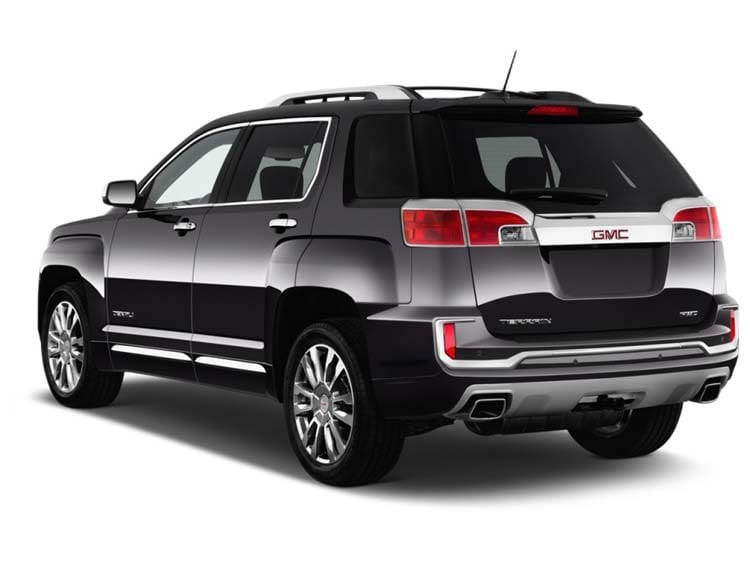 The interior also hinted about some changes in terms of safety of the vehicle. For example, the manufacturer has made some of the premium features standard on all 2016 GMC Terrain trims, including Side Blind Zone Alert and Rear Cross Traffic Alert.

According to the company’s official website, the vehicle has performed well in safety tests and earned four stars from the NHTSA. Also, the customers interested in buying this one will be interested in knowing that it received a Top Safety Pick Award from the IIHS.

What helped the Terrain to earn these awards is the number of great functions, including curtain airbags, stability control, and a rearview camera. By the way, all these features are standard and the ones mentioned in the previous paragraph can be purchased additionally as a part of the enhanced package.

Do not get disappointed but you will find the same engine under the hood. The manufacturer apparently decided to go with the previous generation unit, which is a standard 2.4-liter four cylinder engine. It is capable of generating about 180 horsepower and has a fuel economy of 22 mpg city, 32 mpg highway, and 26 mpg combined.

There is an optional, more powerful, 3.6-liter V6 unit, which offers a decent 301 horsepower, 272 lb-ft of torque and earns 17/24/20 mpg city/highway/combined rating. Both engines are coupled with six-speed automatic transmission. 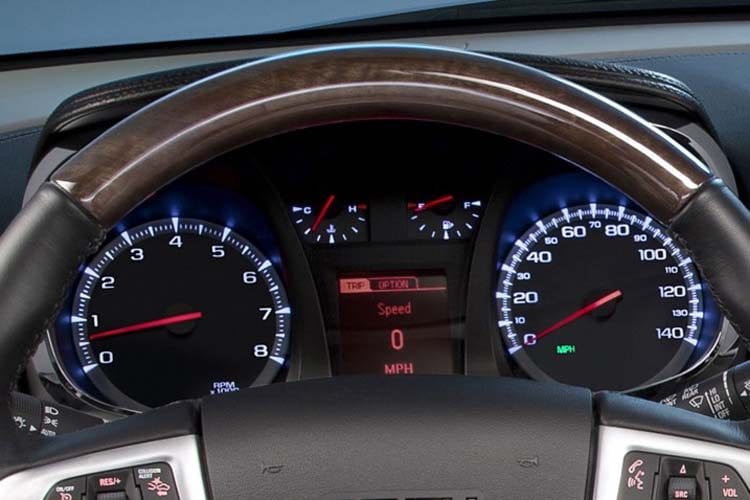 Even though the new Terrain lacks mechanical changes here, it still offers a decent selection of engines and optional AWD. However, it is necessary to mention the customers of Denali trim will be treated to a more plush suspension thanks to new dual-flow dampers.

The SLT, SLE, and Denali configurations will also be offered in AWD and cost $32,570, $28,750, and $35,925 respectively. Apparently, GMC decided not to increase the cost significantly and leave these similar to the previous year, when the entry-model started at $24,995 while the $38,180 was the price for an AWD Denali trim.

However, the costs are still higher than some of the competitors, including Honda CR-V, which starts at $23,320 and rises to $30,000 for better-equipped models.