It seems that GM has the plan to introduce the eight-speed auto transmission to virtually every model they make. The addition of that very same gearbox to nearly every GMC Sierra 1500 is almost done. Back in 2015, the eight-speed was only available when connected to the biggest 6.2-liter 420 horsepower V8. Since then it became an option on certain Sierras fitted with the smaller 5.3-liter V8. Because GMC is under GM, this very same engine-transmission combo has seen a lot of work in stuff like the Chevrolet Silverado, so it’s tried out and tested. It should, therefore, have no reliability or durability issues; the reason GM is keen to introduce it to nearly every model. To learn more on how reliable GM transmissions are, read here. 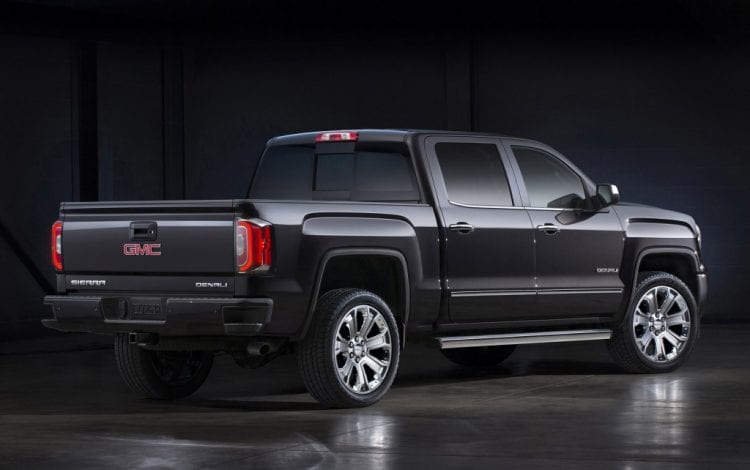 The new gearbox may have been introduced, but it’s still mated to the exactly same 6.2-liter V8 like the years before. This time, it’s just a little bit different. No, not the actual engine but the Sierra 1500 itself. The mid-cycle refresh for the 2016 GMC Sierra is here. It adds updated headlights, a different grille, smartphone integration with Apple CarPlay, Android Auto, and phone-mirroring. Like we said, the 5.3-liter V8 now gets the eight-speed auto in addition to the 6.2 V8. This leaves the base engine, the 4.3 V6 all alone with the old gearbox. Plans are being made to fit the eight-speed to the V6 as well, so that’s something to look forward to in the upcoming few months. Other than that, it’s pretty much the same Sierra 1500 from 2015 or even 2014.

The actual eight-speed is the 8L90 unit like the one in the Corvette, although here it uses different casting needed for traditional placement that is right behind the engine. The Vette, for instance, has the 8L90 oriented to the rear, where it serves the Corvette as a transaxle. With few modifications, the identical unit is fitted to both cars that are very different allowing GM to reduce costs and provide far better component. The connections to the sports car from GM don’t just end there. Notice anything familiar about that engine displacement? Yes, you guessed it right. It too is the same as the one found in the Corvette. This means a monstrous 6.2-liter V8 small-block derived from the Vette’s V8, here with lower power and torque naturally for better reliability, towing performance as well as hauling. 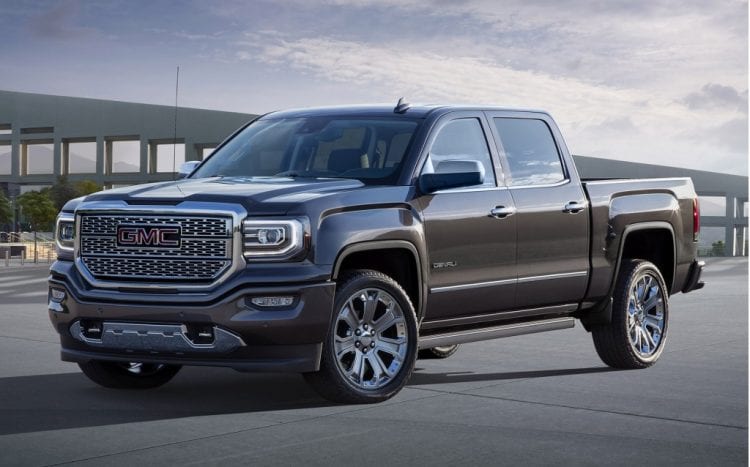 The beastly 6.2 has been tuned down to “just” 420 horsepower here but even, so it’s more than capable of shoving around the large Sierra around. The old Sierra 1500 Denali 4×4, with the same engine and the same weight (albeit the old gearbox), managed to hit 60 miles per hour in 5.4 seconds and run the quarter-mile in 14.1 seconds at 99 miles per hour. The new 2016 Sierra 1500 (which by the way weighs around 100 pounds more) managed to complete the same 0 to 60 mph sprint in 5.6 seconds but run the quarter in 14 seconds flat. As you can see, it may have been slower to 60, but it’s faster in the quarter mile. The slower acceleration time is a direct result of the different shifting strategies of the new eight-speed but also down to the extra 100 pounds it has to carry around.

Even so, there’s no denying the fact that the 2016 Sierra 1500 fitted with the 6.2-liter V8 is one fast pickup. More importantly, you will not take this truck to the race track or even drag strip, at least not that often, so the real benefit here is the improved fuel economy. The resulting soundtrack accompanying you is a bonus; it’s the cherry on the top of the cake.

It may sound ridiculous, but this truck does turn you into a hooligan. You can’t help yourself every time you reach red lights or a stop sing. The take-off when that light turns green is immediate. It encourages you to drive it hard, but that’s mostly down to the intoxicating sound that engine produces. You just can’t get enough of it, and it’s always just one full throttle away. And seriously, who can blame you? A gnarly V8 in a sub 6 seconds to 60 miles per hour time pickup truck is something dreams are made out of. 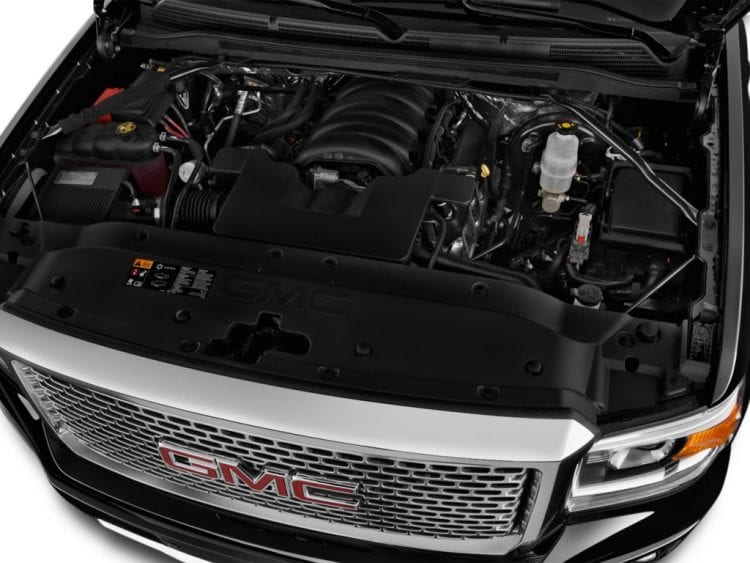 Even with all that, the 2016 GMC Sierra 1500 manages to return 15 miles per gallon, just one gallon more than the old Sierra with the six-speed box. Naturally, the four-wheel drive option of all models gets slightly worse fuel economy, although in this case just by about 1 mile per gallon. The biggest praise of the new car is that transmission. The shifts are so smooth and precise that you can’t tell they’re happening. The transmission seems to be working with you this time rather than against you. It will immediately go to the highest gear to save fuel when you want it or drop down for overtaking maneuvers. The only kink in its armor happens at around 40 miles per hour, where the computer can’t decide what gear the truck should be in so it freaks out a bit. At higher speeds, this is a non-issue, which means it’s just a bit annoying that’s all.

Like we said, the Sierra is still largely the same. From the driving side of things it has a very accurate power assisted steering, a very stiff and easily modulated brake pedal, firm controlled ride quality and of course adaptive dampers. The Denali trim is rich with leather, aluminum, and wood but it’s not just the Denali which benefits from multiple colors. It comes with a very nicely finished interior, many points for both materials and fit and finish. If we do have a complaint, it would be because of the location of the steering wheel. It may sound hilarious, but we can assure you it’s not. It’s to the side and kind of bizarrely placed making driving a whole lot harder when it shouldn’t have been at all in the first place. 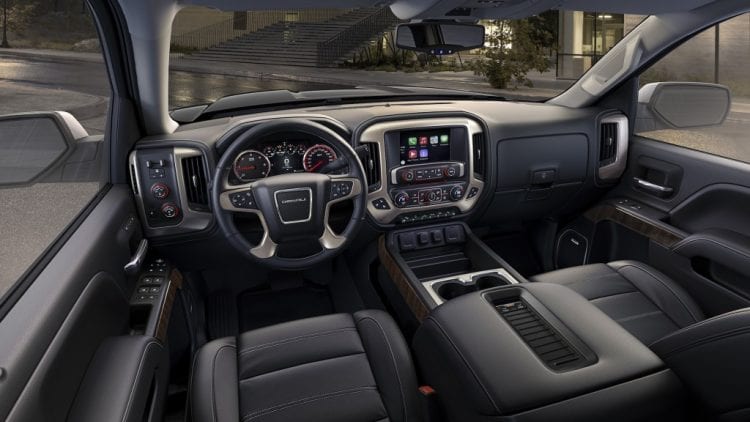