If there’s one company which knows how to make a hit, it’s Ford. They did it with the Mustang a long time ago, then later with the F-150 and now most recently, the ST and RS models. Yes, if there’s a car that’s destined to be successful you can bet it’s probably from Ford. Even their small and compact cars always prove to be really good, but recently there’s one car which is getting a bit overshadowed.

The Ford Taurus has now been in production for more than seven years. It’s 2016, and the car is starting to show its age. When it was first launched it was one of the best vehicles in the segment, but with Ford deciding to keep it largely unchanged for so long while its competitors have been getting updates every two to three years, you can’t help but feel it’s a little long in the tooth by now.

The year 2016 brings a slight improvement to the Taurus, but it’s not a game changer. The only thing updated is the introduction of the new Sync 3 infotainment system which now replaces the old and flawed MyFord Touch one. Apart from that, it’s largely the same old Ford Taurus we first saw when it was unveiled. 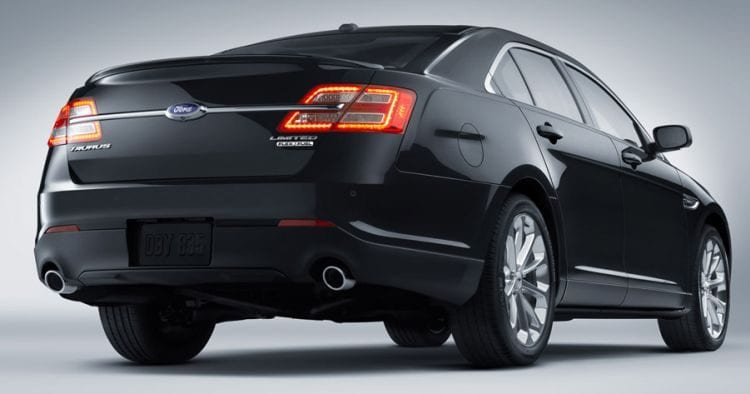 Let’s begin with the exterior styling. Although it’s the same and we can’t say anything that hasn’t already been stated, we can point out some distinguishing features which we think set apart the Taurus from other similar models on the market. First of all, there’s the front fascia. It’s reminiscent of the old Interceptor but far more elegant. The headlights are the crucial thing here giving off that appearance plus we are getting the relatively small diamond shaped grille. The headlights use LED technology and as unoriginal as they are, they do a great job. The lower part of the fascia, especially the bumper is pretty tall with a relatively short overhang. The large opening in the middle looks sporty, and the side lights only add to that.

There’s nothing to comment really about the side. It’s a standard roofline with the classic tall waistline and relatively short windows. There’s a nice piece of trim just below the door handles, adding a good line of separation which distinguishes the top and the lower part of the car. The doors are large but still compact enough to need a small amount of space to be opened which is always nice.

The rear has a really large overhang. It’s one of the biggest in the segment. It really shows in the cargo space too, but more on that later. The taillights are our favorite part of the vehicle with that beautiful design. They’re not overly aggressive, but neither are they too understated. Simply put they’re just right for a vehicle like this. 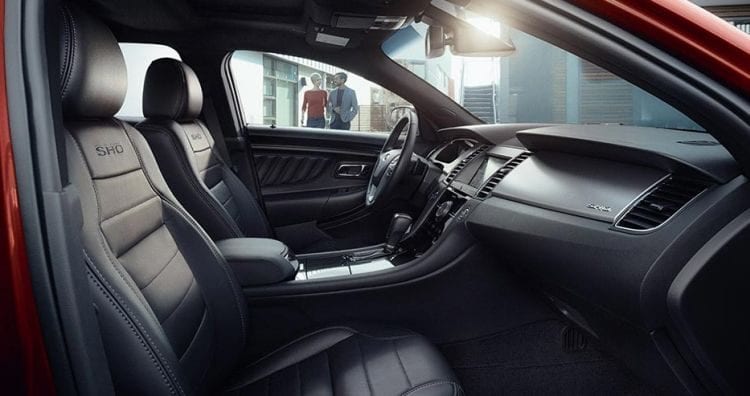 The cabin is a special place to be despite the exterior looking a bit outdated and comes decently equipped with the right features. It’s beautifully designed with really nice elements and touches. It’s got a twin-cowl wrapped dash and a center stack which sweeps to join the center console. The technology side of things is brought by the Sync 3 system as we said, but here it’s highlighter with a simple 8-inch touchscreen which is intuitive and easy to use. Equally brilliant are the smaller 4.2-inch screens in the gauge cluster providing the driver with all the useful information he needs. Combine all of that together and you get a up-market interior, something most often found on large luxury limos.

Then, however, you look at some of the plastics, and you’re instantly reminded that this isn’t an Aston Martin or a Bentley. The general fit and finish are good, but some of the plastics look like they belong on a small city hatchback, and not a rather large sedan like the Taurus. The leather is very nice, and the seats are extremely comfortable and cozy.

The seating is spacious, and there’s more than enough legroom and headroom in both rows. The second row is very comfortable in particular, able to seat three adults across with relative ease, even if they are on the taller side. The biggest problem with the Taurus is the outward visibility. Thanks to the high beltline and the very tall dashboard you can’t see in front of the car as much as you’d like to. It’s by no means a deal-breaker, but it’s far from ideal. One positive thing, as mentioned above is the massive cargo space which stands at 20.1 cubic feet. 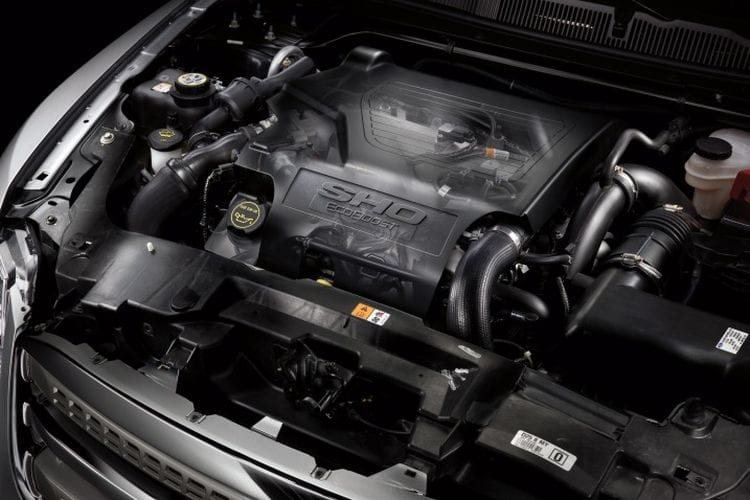 The hood houses the familiar 3.5-liter V6 found on other Ford models. Here it produces 288 hp and 254 lb-ft of torque. It’s mated to a six-seed auto gearbox as the only option, and it sends all of that power and torque to the front wheels. Fuel economy is estimated to be 23 miles per gallon for the combined run although it’s probably closer to 22 in real life. If you go for the optional all-wheel drive system, you’ll get 21 mpg which equals to 20 in the real world.

Optional too is a smaller 2.0-liter four-cylinder with a turbocharger strapped on. It’s good for 240 horsepower and 270 pound-feet of torque. The biggest pro of the smaller engine is the increase fuel economy which stands at 26 miles per gallon. Performances might not be on the same level like we get from 3.5-liter V6 but these two are very close.

The 2016 Ford Taurus SHO model gets the same 3.5-liter V6 EcoBoost unit but in a different state of tune. A setup which sees it make 365 horsepower and 450 pound-feet of torque, this is possible with the addition of a turbocharger, something that is standard on EcoBoost engines. It only comes as an all-wheel drive vehicle and gets shift paddles behind the steering wheel. It can reach 60 miles per hour in just 5.8 seconds which is rather quick for the segment. It’s still no match for the Chevrolet SS or the Charger R/T, but it’s decent.

Prices for the Taurus start at just $27,000 making it a great choice for the price point. Naturally, specifying more options or going for the top of the line SHO model will yield at a higher price but we reckon it is well worth it. If you opt for SHO, trim be prepared to spend more than $40,000.