The current top of the range Mustang is the Shelby 350R which is not exactly the most powerful Mustang ever made but instead it is a pure racing car with very few comfort features. In order to please those looking for comfort in combination with a massive amount of power, it seems that Ford is finally preparing the upcoming 2016 Ford Mustang Shelby GT500 for release, a car which has been spied testing with heavy camouflage on it quite a few times now.

Reports suggest that it will likely be using a very similar suspension setup to what can be found on the GT350. The biggest change might come in the engine department. Instead of using the impressive 5.2 liter V8, which is still average in power, Ford will install an entirely new powertrain under the hood of the GT500. 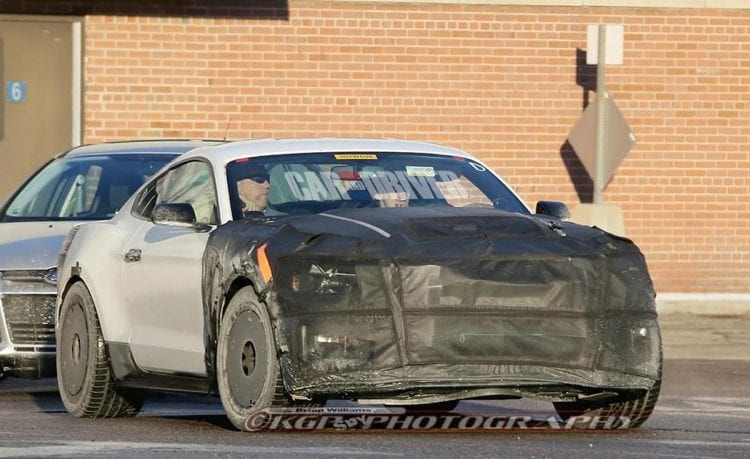 However, the rumors which suggested that the upcoming GT500 will use a newly developed 5.0 or 5.2-liter twin-turbocharged V8 have not been dismissed so far which make us think that the car will be in fact the first Mustang to use a turbocharged rather than supercharged V8. 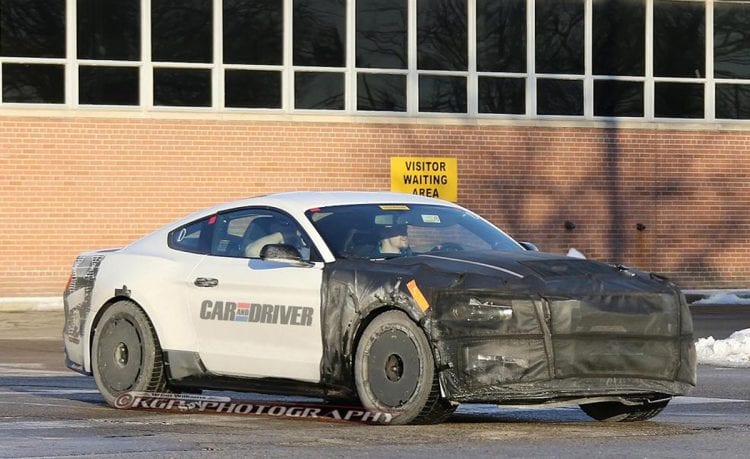 This is a bit step forward for Ford because the new engine will allow them for a higher output while having a more reliable and efficient engine than before. Early details suggest at an output of over 760 horsepower and as much as 800 lb-ft of torque; all routed towards the rear wheels via a new ten-speed automatic which will also be installed on the Raptor.

This will make the GT500 the most powerful production Ford ever made, and it should easily allow it to outrun the Hellcat cars while being better to drive thanks to the fact it will be based on a new chassis with a rather light all aluminum engine. Will this be the most capable muscle car ever? We will see. 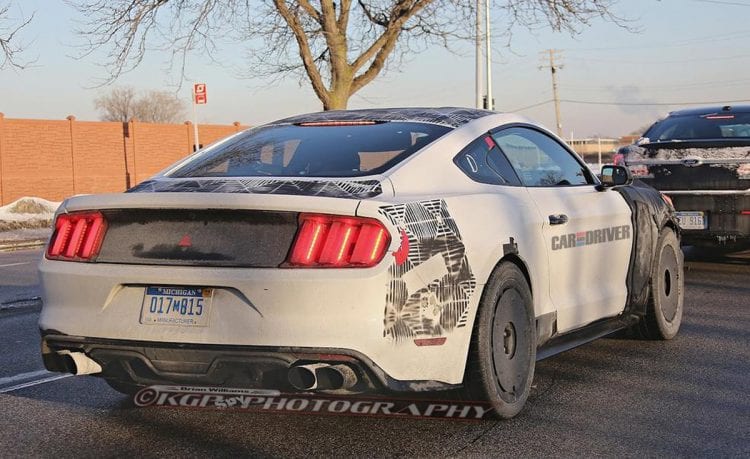 Looks wise, there isn’t much to say about the future 2016 Ford Mustang Shelby GT500 mostly because we haven’t seen it just yet. The car caught testing was noticeably wider than the base model and even wider than the 350R which is quite impressive.

It used 19-inch rims wrapped in very big tires at the back while the body was slightly modified. We expect the production version to feature active aerodynamics as well as a fully-fledged interior instead of the rather minimalistic one on the GT350R.