Ford had great success with the 2016 Mustang GT350 and the GT350R models. But while they were busy off doing that, Henrik Fisker and the guys over at Galpin Auto Sports revealed what they call the Rocket. The Rocket is essentially a super-Mustang. Don’t go off thinking that it’s a SEMA one-off. This thing is only the first in a series of low-volume special Mustangs by GAS.

The idea was born when GAS and Fisker started collaborating after the Pebble Beach Concours d’Elegance way back in 2014. Both of these companies worked hard to make the thing happen, but wow, you have to agree, it really paid off in the end. 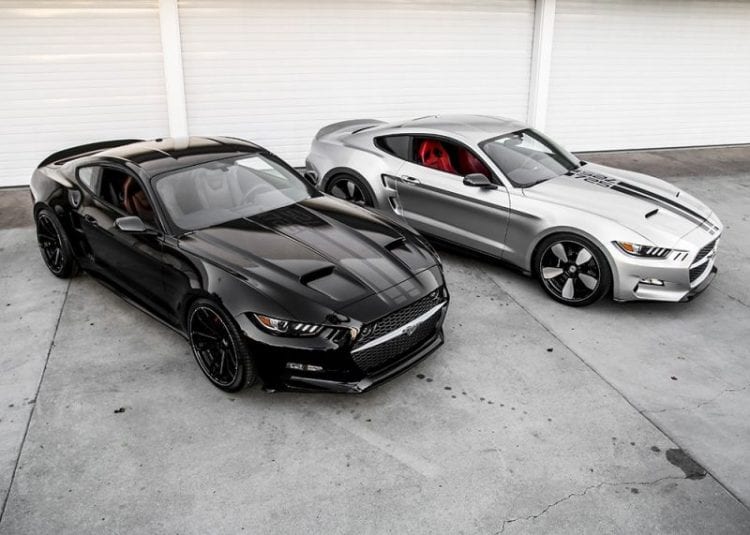 What we have is a Mustang with a substantially reworked body. The front end, the hood, the wider fenders, everything, has been made from lightweight carbon fiber. Let’s not forget that Henrik Fisker has worked in some of the best car companies and is one of the most wanted car designers in the world. He nailed the BMW Z8 design and the one that had his own name on it: the Fisker Karma.

Fisker brings this Mustang to an entirely new level thanks to special front custom bodywork panels, a sloped hood with a large hexagonal grille and integrated lighting. There are two hood scoops which reference it to the original 1968 Shelby GT500, a car that Boeckmann (president of GAS) admires. 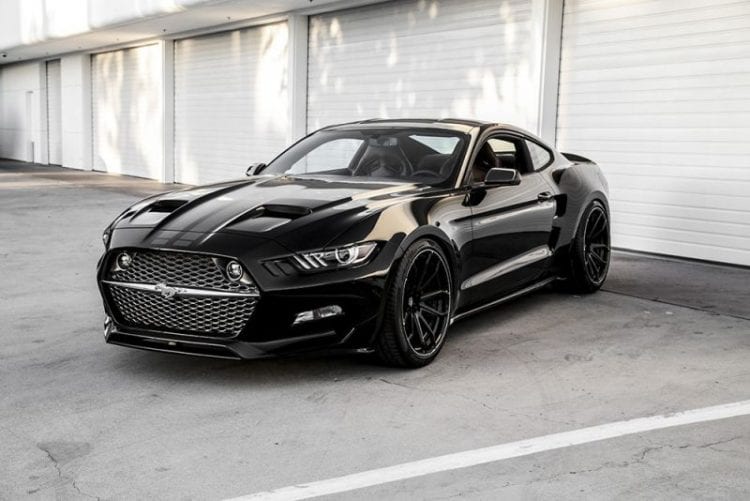 The side of the 2016 Ford Mustang Rocket is equally wild. There are two large dual inlets right in front of the rear wheels, at the rear haunches. They lead into the extra wide fender flairs we mentioned. The flairs house massive 21-inch rollers which hide even more ridiculous 15-inch Brembo high-performance stoppers. The car has a rear end which resembles a Mustang but only slightly.

The decklid spoiler has been sculpted matching the hexagonal license plate and the lower air diffuser (which by the way, is functional). Obviously, there are quad exhaust pipes because how else would you have it? They emit everyone’s favorite tune: that of a well-known V8.

And let’s just get back to the name: the Rocket. Now we’re not one to get fond of names, but just say it: the Rocket. It doesn’t get much better or cooler than that. It’s right up there with the ranks of Super Snake and Boss 302. Why do Mustangs always have the coolest names regardless if they’re given by Ford or a third-party manufacturer? If the Rocket is not the coolest name for a car, it’s certainly on the top three list. 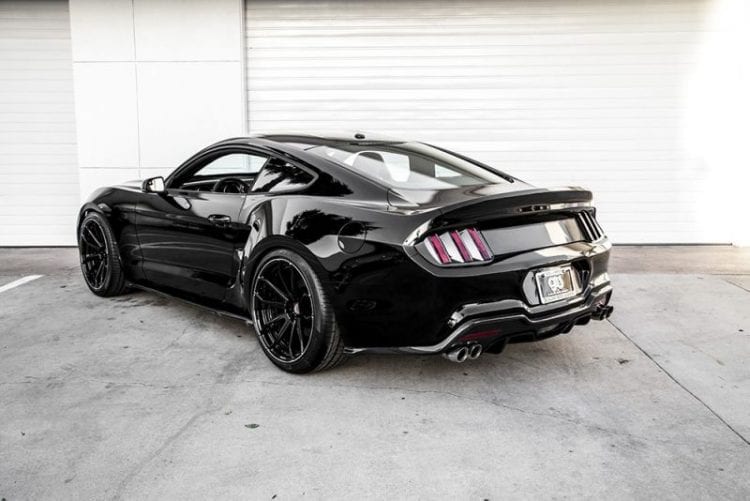 If you thought the interior was the same like for the regular car, you’re in for a surprise. The guys made sure the Rocket’s interior is as cool as the name or the exterior. They stitched up bright red leather upholstery for the seats, the center console, and the center stack.

It has been matched with some gorgeous white stitching all around while the carbon fiber accents have been integrated into the door panels as well as the dashboard. It’s nothing too wild, but it’s definitely different than stock. The original design is still there, but the added flare really puts it in a new category. 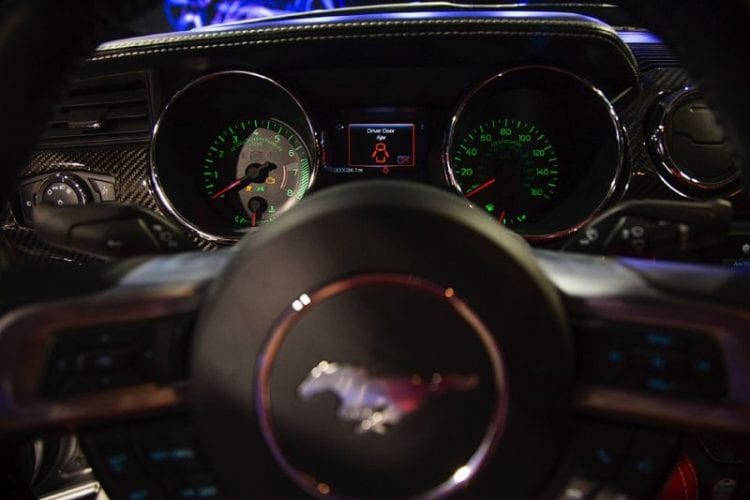 The fit and finish haven’t been messed with so it’s standard Ford quality, which is to say almost bulletproof. The materials have gotten better if anything because no expense was spared on them and the leather is soft to the touch. You still get the same infotainment system and features from the stock Mustang. The great thing is that you don’t have to include everything (or nothing) as a matter of fact. What the guys over at GAS do is receive a donor car and then modify it accordingly.

You can order yours to your liking straight from the factory and then tell your favorite tuners to swap whatever you don’t like. It will retain the same features you bought it with, but it will have some extra stuff in it of course. If we were to spend a lot of money on modifying a Mustang to this extent, we would get the flagship model to start with, but that’s just our recommendation. 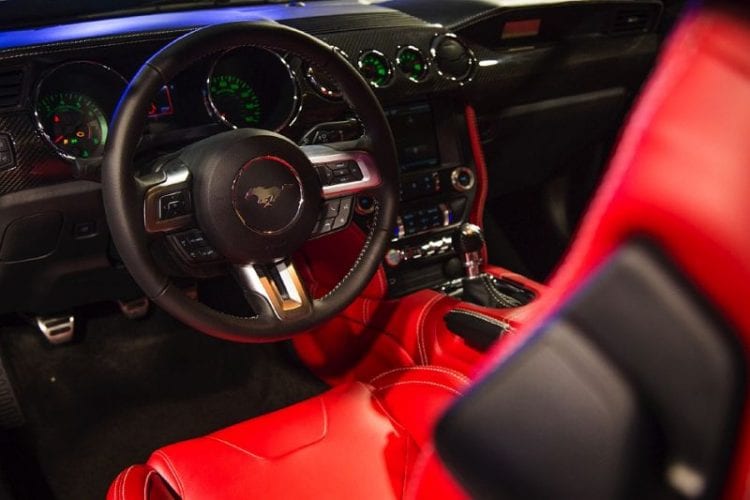 Did you think this would be just an exterior and interior update? HA. I can hear the guys from GAS laughing at you from way over here. There’s no other way of putting it: they’re insane. They took the already powerful, screaming DOHC Coyote 5.0-liter V8 engine with 435 hp and gave it, wait for it… 725 horsepower. Yes, that’s right; the Rocket does have enough power to take you to the moon. Or any other planet in the Solar System for that matter.

It might even be able to take you into another galaxy. No, but seriously, that’s as much power as an Aventador or an F12 produce… but this time in a Mustang. To give you a stat, that’s a 290 hp increase over the standard car. It’s like having a Ford Focus RS added to your already insanely powerful engine. Wow. Well done GAS and Fisker. 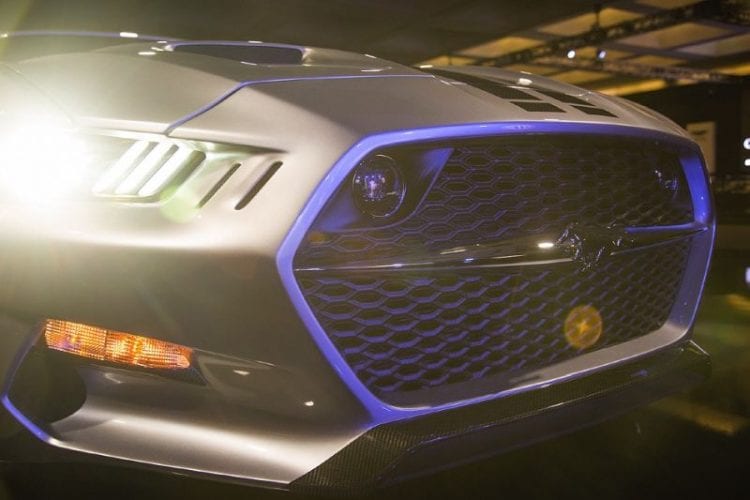 The 2016 Ford Mustang Rocket (we’re still giggling about the name) will be in production from December of 2016. The price tag is just over $100k which when you realize that it includes the Mustang as well, isn’t that bad.

With 725 hp under the hood (and probably over 500 lb-ft of torque), if you were to modify it yourself it would probably take you more time and money to get it to the same level of crazy. And although it’s still a crazy price to pay for a Mustang, it makes it a great deal in our book.