Unlike most of Ford models for 2016, the Explorer isn’t getting the Sync 3 infotainment system. Instead, it’s got a lot of major upgrades and a big overhaul in multiple areas. For starters the exterior has been restyled and is refreshed, the interior has a few upgrades, there are more safety features, the suspension is tweaked and there’s a new premium trim just like in other Fords called the Platinum. Elsewhere, the old 2.0 liter Ecoboost engine has been dropped in favor of a much more powerful and more economical 2.3 liter Ecoboost.

The Explorer is a compromise for people who want a large family hauler as well as something with a big towing capacity but aren’t too fond of the massive Expedition. (read also about 2018 Ford Expedition) It sits comfortable between the Edge and the Expedition, offering excellent traits from both worlds. It’s got a vast cabin with lots of space for people as well as anything else you might want to carry, but don’t want the poor fuel economy and massive size of the big SUVs.

The exterior of the 2016 Ford Explorer is mostly unchanged but there are a few hidden features that aren’t immediately apparent. Headlights now carry LED technology and the grille has been restyled and is more up-market and elegant. The lines of the Explorer, especially the roofline, are distinctively SUV but it might surprise you to know that it’s actually got car-like handling manners thankfully to few tweaks.

The Platinum model is making an appearance too. Because it’s the top-level trim, it’s loaded with every system and feature Ford offer for the Explorer. The upgrades go far beyond equipment, however. There’s improved interior upholstery, even nicer materials and an all-around more luxurious feel inside the cabin. Don’t let the car’s size fool you, however. Despite the fact that it’s smaller than the Expedition, it’s way bigger than the Edge and can feel massive when trying to park somewhere tighter. 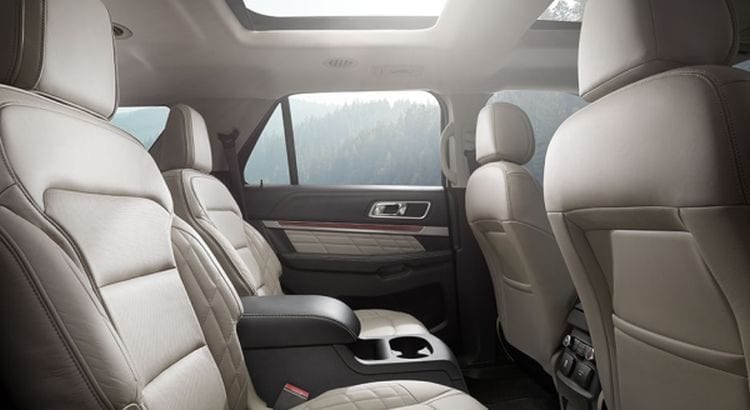 The inside of the car is a pleasant place to be. It’s certainly not tiring or boring to look at and no one would mind spending a lot of time behind the wheel of the Explorer that’s for sure. Materials are of the highest-quality making all surfaces soft and pleasant. Road and wind noise are not an issue, the sound deadening of the cabin and the luxurious materials used contribute to this. It really does feel more up-market than it is and with these propositions, it is one of the best options in the segment.

What’s really interesting is the way you feel behind the wheel of the Explorer. Yes, you do sit higher than you normally would in a car but that’s because it is an SUV, despite the materials and buttons tricking your mind into thinking it isn’t. One of the benefits of higher sitting position is the better visibility and like in a command position. Then, the massive size of it, the thick roof pillars and high hood limiting visibility remind you that you are in an SUV. Size isn’t a problem except when parking when it feels bigger than it is. 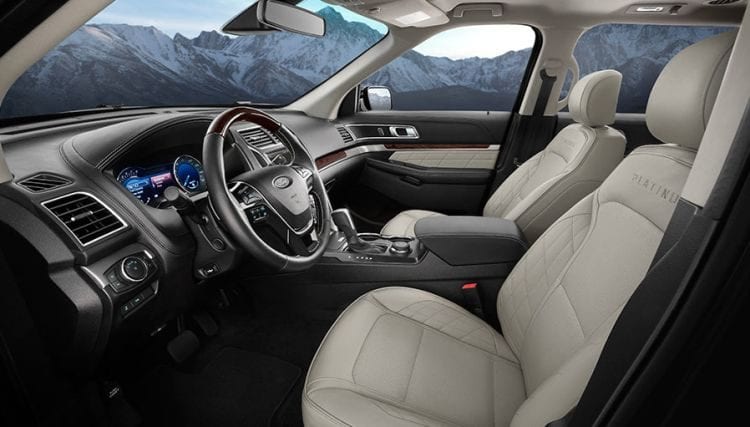 Infotainment and features are covered with the optional MyFord Touch interface which we really aren’t a fan of. Most people complained about the system’s dullness and unresponsiveness and Ford responded with the Sync 3. Why that system isn’t in the Explorer yet is beyond us. It’s a big minus for the Explorer, but don’t let that put you off of buying one because as annoying as it is, it’s livable with. 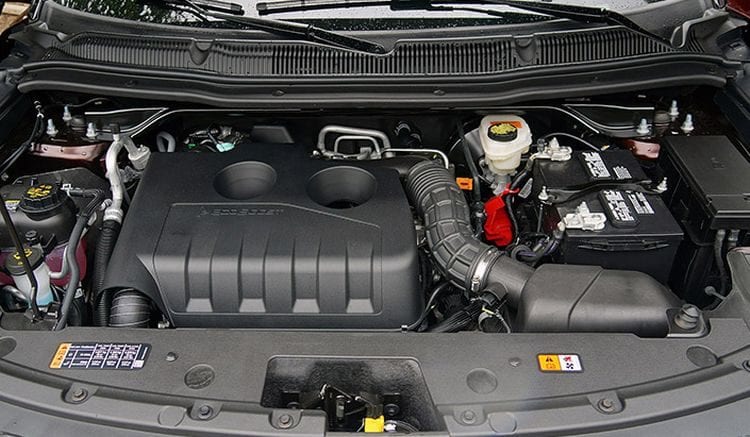 Engine wise the Base, XLT, and Limited versions get a 3.5 liter naturally aspirated V6 developing 290 hp and 255 lb-ft of torque. As is the case with most cars in its segment, the 2016 Ford Explorer is available as a front-wheel drive or all-wheel drive vehicle. Should you go for the more off-road capable all-wheel drive system, you’ll also get hill-descent and hill-start control and a Terrain Management System which works excellent in conjunction with the rest of the systems.

The standard V6 on the Explorer is good for 20 miles per gallon on the combined run but that number drops to 19 if the model in question has all-wheel drive. Performance is decent with the 0 to 60 miles per hour sprint completed in 8.4 seconds. The front-wheel drive model should be a bit slower but not by much.

A 2.3 liter Ecoboost four-cylinder engine is optional on the above-mentioned trims. The four-cylinder develops 270 horsepower and 300 pound-feet of torque which is nearly 50 more than the V6 thanks to the turbocharger, something that you will definitely feel. It’s mated to a six-speed auto transmission and front-wheel drive, but again all-wheel drive can be specified if you wish to have the most of the off-road capability.

Now, of course, you go for the four-cylinder if you want more fuel economy, but strangely it’s also faster and lighter. It manages to return 22 or 21 miles per gallon or depending whether it’s the front wheel or all-wheel drive version respectively. If you have the proper towing equipment on it, the small four-cylinder will surprise you with a maximum towing capability of 3,000 pounds.

But by far the best engine is the turbocharged V6 in the Sport and Platinum that delivers most power. It develops a massive 365 horsepower and 350 pound-feet of torque thankfully to turbochargers. It takes 6.3 seconds for it to get to 60 mph and returns 18 miles per gallon with all-wheel drive as standard and if you are willing to sacrifice few mpg point for more power we strongly recommend this engine. Towing capacity is a rather good at 5,000 pounds and trumps most cars in its segment when it comes to performances.

Ride quality is even better thanks to the new tweaked suspension. It only gets bumpy if you have the optional 20-inch wheels and are driving over some broken pavement but even then it’s not that big of a deal. Dynamic capabilities are great and are on par even with some smaller crossovers and the only real drawback is the fact that it can sometimes feel large in comparison to the cars in its segment. The Explorer Sport is even more capable on the road while retaining the same off-road capabilities.

The lack of Sync 3 and relative big size are the only drawbacks of the 2016 Ford Explorer but if that is not a problem for you, we think that you really need to check out this offer. Should you still want one, prices start at $31,050 for Base trim and Platinum, highest trim, is sold for $52,970. We suggest taking a look at the competition however for more cabin space.