Small crossovers are replacing cars and especially big SUVs more and more every day. The days of the big body-on-frame trucks are over. They seem to be nearing their end, but are they really? Ford has just launched the Ford Expedition for 2016 but it doesn’t seem to have a lot of changes. In fact, it’s only got one but it is a biggie. The horrible MyFord Touch system which was criticized for being unresponsive and dull is now replaced with the Sync 3 system, a move we have seen Ford doing with the Edge and nearly all of its models across the range in recent months.

The reason these types of vehicles became less popular is because they simply weren’t needed. The smaller crossovers are able to do 90% of what the big SUVs are, so it’s only logical to buy a crossover if you’re not one of the 10%. If you, however, have a big trailer to tow or need to carry a lot of passengers along with their baggage safely and comfortably, then cars like the Expedition are definitely your cup of tea.

Engine choice is virtually non-existent. You’ll find no small four-cylinders here. The only available engine is a 3.5 liter V6 EcoBoost capable of producing 365 horsepower and a much needed 420 lb-ft of torque required to move this behemoth around. The V6 is mated to a six-speed auto and it is the only gearbox available, a manual in an SUV like this doesn’t make sense. Every Expedition is a rear-wheel drive in standard guise but can be fitted with a four-wheel drive system sporting low-range gearing for off-road explorations. Towing capacity is a mountain moving 9,200 pounds that will allow you to take your boat on a lake or camping trailer if you have one.

Despite its size, it managed to complete the 0 to 60 miles per hour sprint in just 6.5 seconds beating not only its competitors but stomping even the smaller crossovers that are the cause for its extinction. Don’t let the massive size fool you, it’s relatively light and that turbocharged V6 certainly contributes to it. The fact that the competitors using V8s are slower by seconds in most cases speaks volumes to the engine and the Expedition as a whole.

Although fuel economy has suffered compared to the crossovers, it’s nowhere near as bad as the V8s. The rear-wheel drive Expedition returns 18 miles per gallon on the combined run and the all-wheel drive one is behind with a respectable 17 mpg. Should you opt for the EL versions expect those numbers to drop by 1 mpg accordingly. What really pleasantly surprised us is how close the estimated mpg numbers were to the real-world ones. Usually, when you test fuel economy, especially on V8s, the numbers are nowhere near the claimed ones, but here it really is the case.

The 2016 Ford Expedition is equipped with independent suspension on all four corners, giving a compliant and smooth ride. No other big SUV, especially not ones with a live rear axle, can come even close in terms of comfort and road driving capabilities. Choose the three-way adaptive dampers on the Expedition and you’re even more pleasantly surprised by the sheer road-going manners the Expedition exhibits.

The steering is precise and responds well to inputs, but don’t expect a great deal of feedback. It’s a beast that’s easy to control, but one that isn’t so easy to park. You really notice the weight and size when braking, attacking bends or in car parking. This may sound sacrilegious but we feel the V6 is better than the old V8. It’s got more power, is lighter and when the turbocharger spools up it provides a shove in the back no V8 could match. 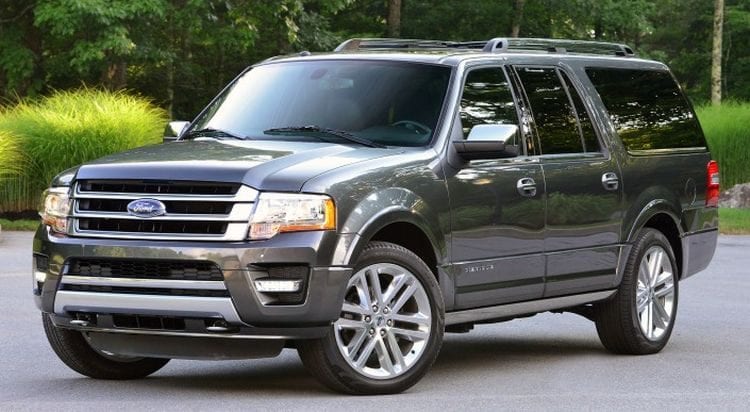 The exterior of the Expedition remains unchanged but that’s by no means a bad thing. It’s the best looking car in the segment with its sharp edges and aggressive posture. It’s a car that demands respect and you better give it. You can immediately tell it’s got incredible capabilities just by looking at it without even turning the key. Looks are subjective but as far as we’re concerned, the Expedition is alright.

Cabin materials and features continue the same trend as in the last year model. It’s probably one of the most practical cars on the planet today with available seating for 8 and even luggage space for their belongings. Overall the entire cabin feels up-market and luxurious, and trims like the Limited and Platinum only further contribute to it. There are a few rough surfaces that stand out but not a big deal, certainly nothing to complain too much about. As mentioned, the Sync 3 is now introduced to the 2016 Expedition and what’s more, it’s standard on trims above the XLT. The infotainment system is very good and can keep all eight passengers happy. Bluetooth connectivity and smartphone integration are part of it but multiple zone air conditioning and multiple screens across the SUV’s cabin further enhance the experience. Most drivers will be pleased with what this vehicle can offer. 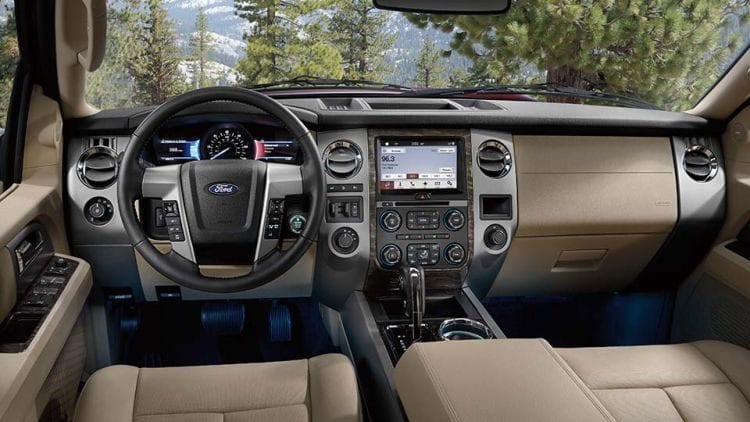 The regular version is more than long enough for most people, but the EL adds another layer of practicality. The front seats are comfortable and soft, and so are the other rows. A second and third row of seats have plenty of head and legroom even for 8 adults, and there are captain chairs available for the second row should you tick this box when buying your Expedition. It does reduce seating capacity to seven but it is well worth it if you’re after luxury and additional space for second-row passengers.

Cargo room is perhaps this car’s biggest strength besides its towing and off-road capabilities over the smaller crossovers. If you leave the third row in place you’ll find “just” 18.6 cubic feet of space. Go for the EL model and that number rises to 42.6. Fold the last two rows of seats down and those numbers increase to 108.3 and 130.8 cubic feet respectively. That’s 10 cubic feet more than the competition and we find this very useful, especially for those that often take their big family on holiday trips.

The 2016 Ford Expedition only cemented its position as the segment leader for this year. It tows, seats 8, has decent fuel economy and is even relatively fast to comparable cars. Prices begin at $45,435 for the basic model and go up a relative of specified options with Platinum version priced at $60,335.

Here you can read rumors about 2018 Ford Expedition