The predecessor of 2016 Ferrari GTC4 Lusso called FF was released several years ago and caused an avalanche of different reactions among the fans. Most of them, of course, were positive and praised the changes introduced with that the model, including all-wheel-drive, increased cargo space, and a new look that did not resemble conventional coupe design of Ferrari. The FF model was also unique in the sense that it had all the capabilities of Ferrari, including the V-12 engine with amazing performance figures, but also provided the enhanced ones, including bigger cargo space. In fact, it was the first Ferrari to have 28 cubic feet of the room just for cargo purposes, which, along with other improvements, demonstrated the commitment of the automaker to reach new heights and more buyers.

Naturally, FF was very well received and set the stage for the new model that would allow it to accomplish even more. Since the automaker has announced the plans to build an update, we have seen numerous spy shots of the new generation model, but still it was not enough to do a decent review. Finally, the vehicle was unveiled at the 2016 Geneva Auto Show in March, and it was spectacular: in addition to a great number of improvements, the company decided to call this one 2016 Ferrari GTC4 Lusso, so we can say goodbye to the old name and welcome new Ferrari to the world. Let’s see what it brings us. 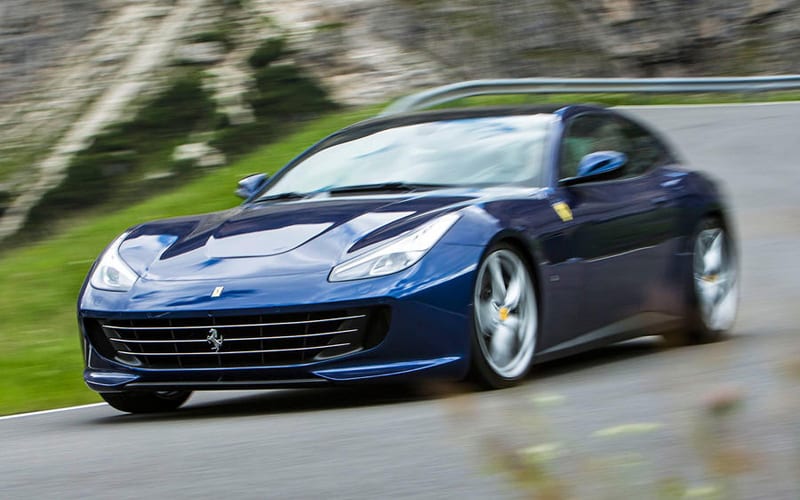 When we got a look at the pictures of GTC4 Lusso before the Show, we initially thought that it was somehow similar to the previous generation model. However, as we had the chance to get a really good look and saw the changes made by the automaker, we quickly changed our opinion, because this one looks very different. First and foremost, Ferrari decided to change the entire front fascia; the old setup with a grill that brings vertical and horizontal slats was thrown through the window to be replaced with the upgraded design. It has only vertical slats and looks like it floats in the center of the fascia, which is very impressive taking this car to a whole new level.

Next, the front has been deprived of large corner vents that needed to be replaced with an equally large front lip. This element certainly looks massive and provides the vehicle with a much more aggressive appearance; moreover, as the company stated, it also increases the downforce at high speeds that significantly influences the stability; positively off course. We like that Ferrari remains so dedicated and efficient in every detail. The hood, however, was carried out from FF, but we do not mind this because it perfectly adds to the overall design. 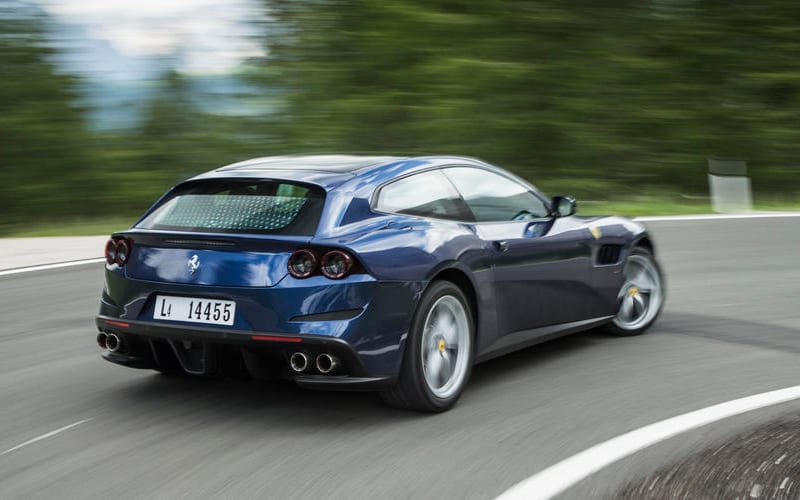 When looking at 2016 Ferrari GTC4 Lusso from the side, we see that designers decided to be consistent and removed small fender vents there as well. The two body lines, middle and lower one, perfectly connect the muscular fenders to the massive shoulders in the rear while the side skirts have been redesigned to be more aggressive and provide a 3D look to the bottom of the vehicle.

The back of the car also has some changes worth discussing. Although it might not be so visible from the sides or front, we noticed that the roof of the vehicle looks lowered when viewed from the rear, which now has a flatter design. Also, it has similar taillights that were featured on the previous generation model but now they are placed much more distinctively to avoid sinking in. Next, the fenders now wrap around to the rear and transform into another overhang that sits beautifully over the brake light. 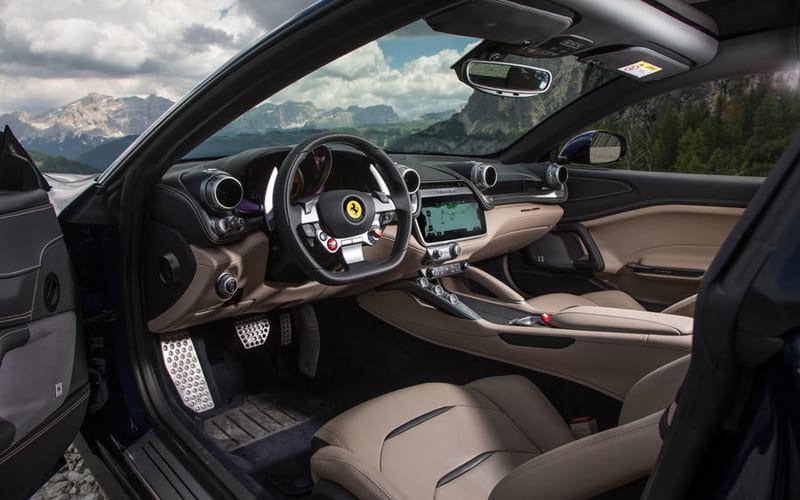 Inside, the 2016 Ferrari GTC4 Lusso is all about luxury and quality. For example, even though dashboard is most likely to come from the FF, it is almost unrecognizable because of quality materials and great design. Now, the three-vent unit above the infotainment screen is gone to free space for the larger 10.2-inch touch screen display that is a part of an updated infotainment system. It features the new processor, much faster than the previous and better graphics. Integration with Android and Apple CarPlay comes as standard; you can also use it for navigation and controlling features in the car.

The HVAC vents were carried out from the FF as well, but they do look good on the new dashboard. The steering wheel also underwent some changes: the Ferrari logo is oval now, and the material has new darker color. On the center console, the buttons are placed on the handle on the driver’s side instead of sitting ahead of the handles on the console.

From what we have seen in the photos, the leather seats should offer a great level of comfort for the driver and passengers. Also, we think that it is safe to assume that the occupants of the cabin will not worry about the limited head room due to the lower roof. Overall, the interior is beautiful and offers great functionality. The level of craftsmanship is exceptional, certainly one of the things why Ferrari is one of the top luxury companies. 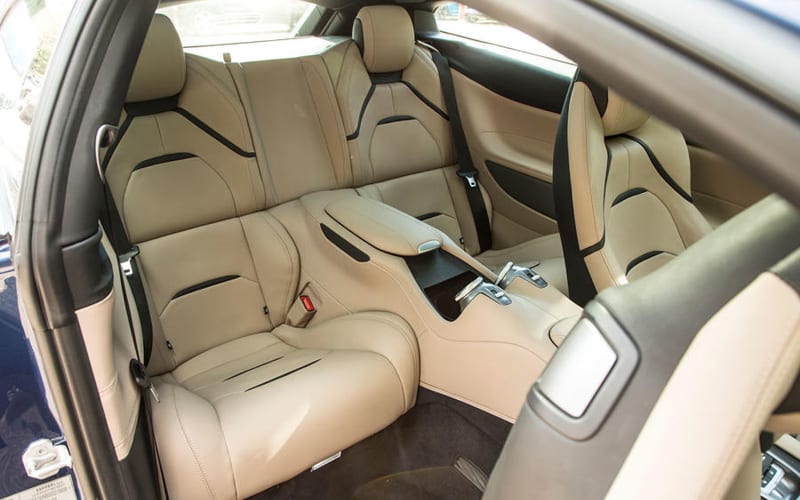 Under the hood of GTC4 Lusso is a beast of an engine: the 6.3-liter 12 cylinder unit capable of producing 700 horsepower and 514 lb-ft of torque. As it was mentioned previously, the power is sent to all four wheels through the Ferrari’s own designed system, which in combination with the controller program package provides excellent steering on all road conditions. You can be sure that highest possible level of grip will be available to you, this is something Italian supercar maker proved in many previous models and continued to upgrade with every new one. All that power from this engine allows it to reach 60 miles per hour in 3.4 seconds and tops at 209 mph. FF’s 7-speed double-clutch gearbox has been replaced with the new and upgraded 8-speed transmission. 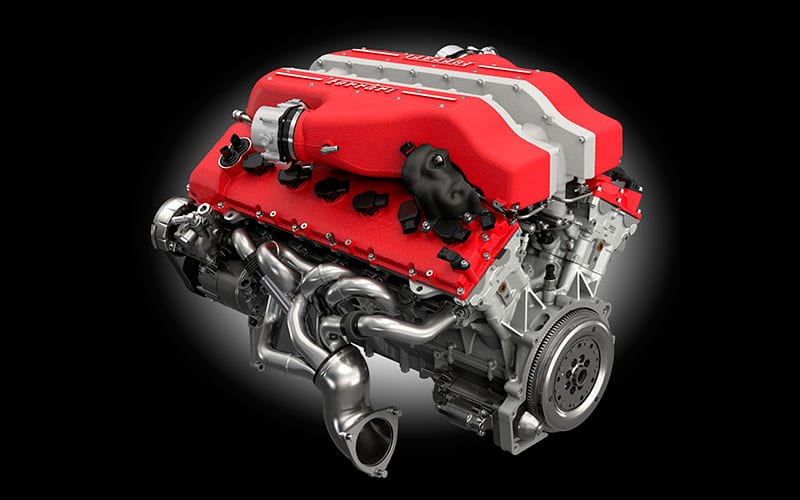 Given that the FF model started around $300,000, it is reasonable to anticipate that the 2016 Ferrari GTC4 Lusso will be slightly more expensive because of added high-tech features and other improvements. Perhaps, $310,000 – $320,000 without additional stuff and delivery charges, but if the company decides to provide the new engine, at least smaller one, this could result in price cut down to around $250,000.

The Italian automaker has done a great job in redesigning FF; we loved it. It is essentially a combination of the original functions and advanced ones, which is the perfect option, and we think that the GTC4 Lusso should be very well received by the customers.