In the Ferrari family, California T is the oldest member with the first car dating back to 1950s. Despite this particular model was initially considered by the reviewers as the successor of the original California released just seven years ago, the remodeling of California T was inspired by the versions produced in the 1950s and 1960s. According to Ferrari’s website, the latest model epitomizes the sublime elegance, versatility, exclusivity, and sportiness that made the lineup popular for decades, and not just in the state of California (where only one-third of the total volume is usually sold), but all around the world. Well, let’s see if this update can support the reputation of this iconic car. 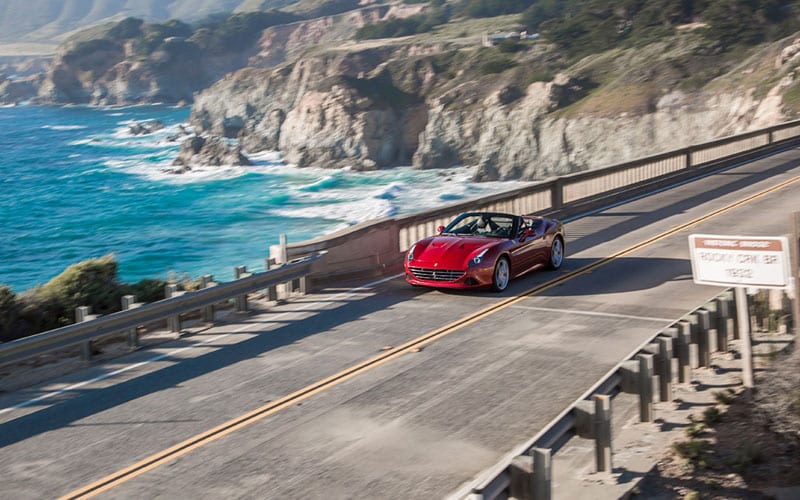 Having reviewed the characteristics of the 2016 Ferrari California T, the roadster really received a number of wonderful improvements in all possible areas. It is more luxurious, modern, faster and usable on a daily basis. When it made its debut, it wore the iconic Prancing Horse badge in front of the V-8-powered sports engine that had everything a speed enthusiast can ask about. It also featured the latest design from the Maranello’s engineers, who managed to combine the classic Ferrari features with compact dimensions and efficient performance. So, the first impression of the new model is great. 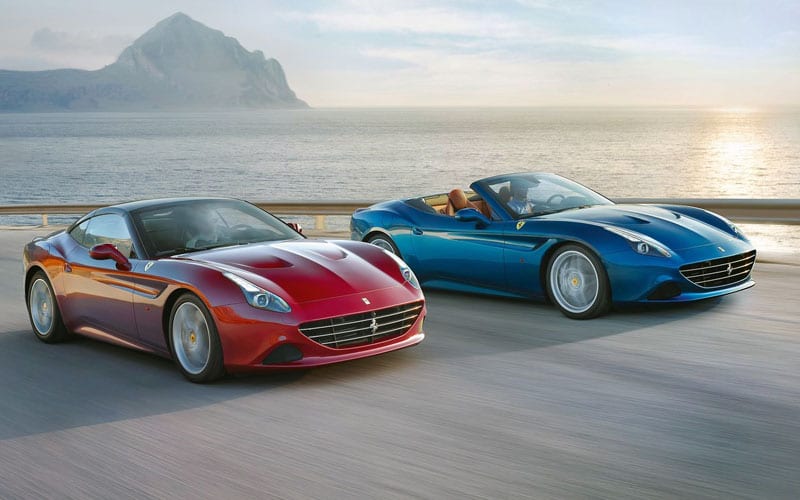 The vehicle is powered by a 3.9-liter V-8 powertrain with direct fuel injection that can produce up to 552 horsepower (412 kW) and 557 lb-ft (755 Nm) of torque. It is combined with a 7-speed dual clutch automatic transmission with manual shifting mode. The performance of this engine is indeed impressive and worth Ferrari: it can reach 62 miles per hour (100 km/h) in just 3.6 seconds, 100 mph in 7.1 seconds, and 124 mph (200 km/h) in 11.2 seconds. These capabilities will convince every owner of the 2016 Ferrari California T to take it out for a spin and see what it can do. With a top speed of 196 miles per hour, it can certainly provide some extreme. The designers made the engine reasonably efficient (the fuel economy was estimated at 16/23 mpg city/highway). 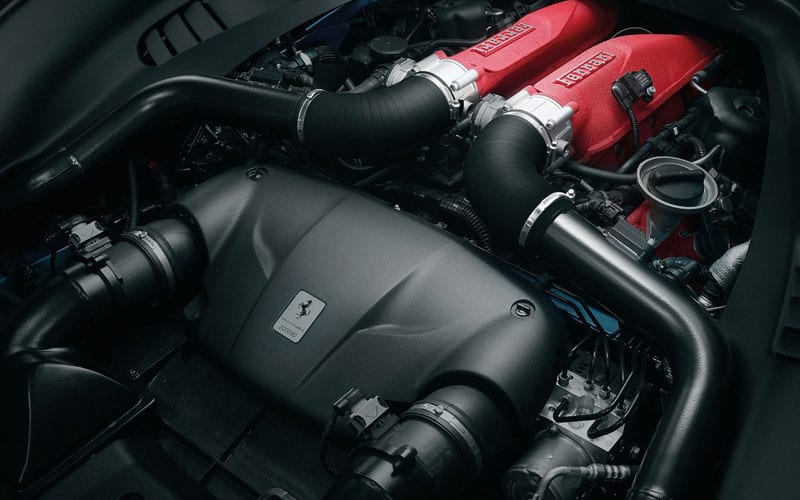 From the very first look at the 2016 Ferrari California T, anyone can easily fall in love with it. A generous classic grille keeps the car in the fashion intended by the company’s designers of the last century and at the same time gives it sportiness and an aura of power. The rear of the car is really muscular and aerodynamic just like the entire body. The designers also provided new exterior panels for the California T to remove the awkwardness that was seen in the previous models, which certainly contributed to the beauty of this model. 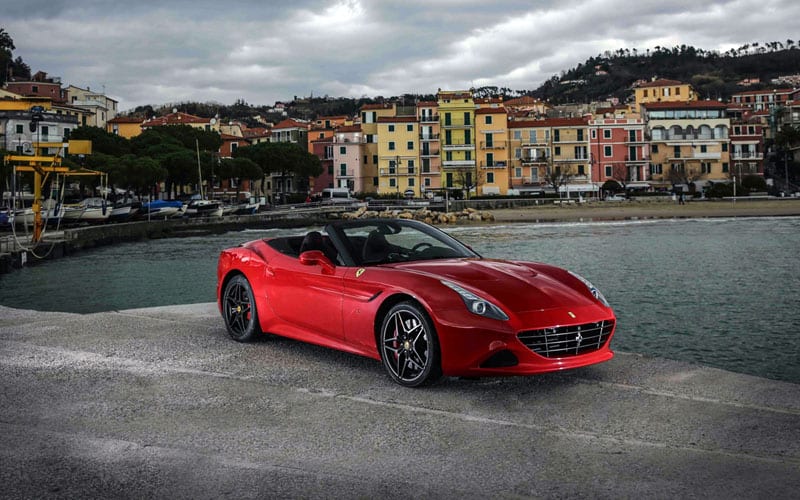 On the inside, the 2016 Ferrari California T also received many updates to create a careful combination of high-quality leather, plastic, and metal in a distinct Ferrari way. For example, the cabin features a fluid dashboard with round air vents; it contains somewhat fewer controls than the previous model (some of them were transferred to the steering wheel). As usual, it remained a 2+2 platform but this time, the rear seats can be better used for carrying baggage than passengers, which increased the cargo capacity up to 12 cubic feet. However, the rear seats are more suitable to be used for baggage or children, as many reviewers claimed there’s hardly any room for adults there. 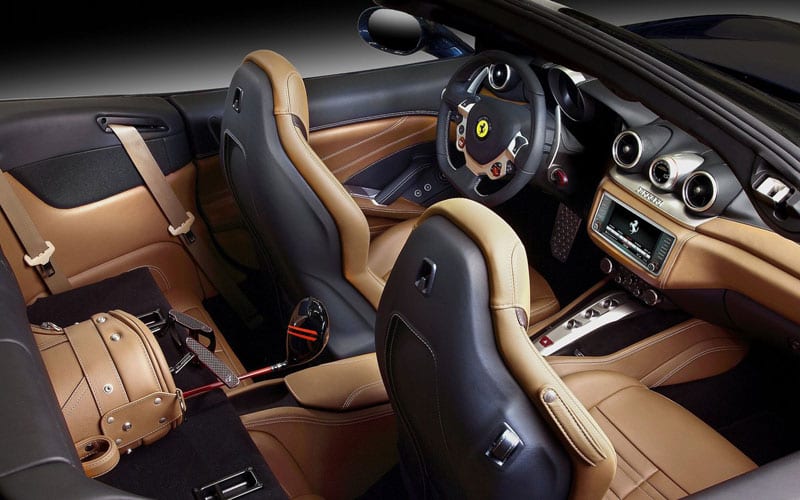 There are some high-tech features as well, such as USB connectors, navigation system, digital gauge system and Turbo Performance Engineer. The latter is the instrument that provides instructions on making the most effective use of the powertrain performance in terms of efficiency and responsiveness. The infotainment system is run through a 6.5-inch color touch screen with easy menu and support of both Apple CarPlay and Android Auto. It is a completely innovative intuitive technology, which is just a piece of the puzzle of great innovations provided in the new California T. In the end, it should be said that most of the interior elements can be made according to customer’s preferences because Ferrari provides a personal designer to develop the interior plan together. 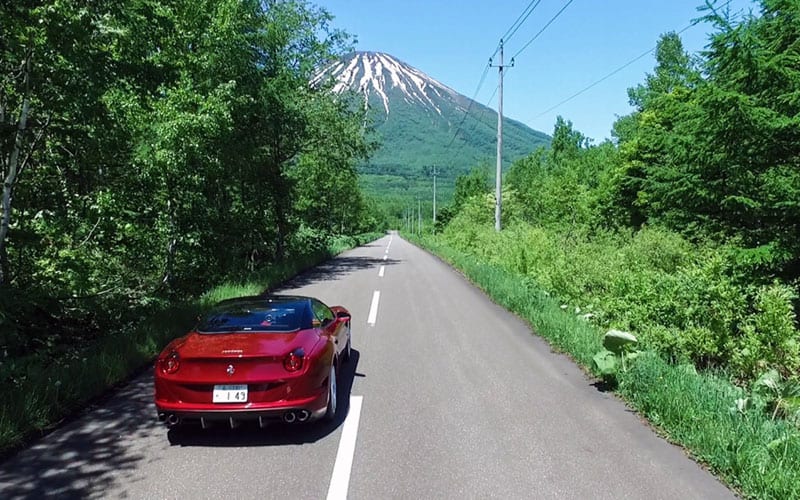 In addition to the infotainment system, the model boasts a redesigned retractable hard top and architecture. First, the hard top was made from light aluminum to decrease the overall weight of the vehicle and moves (top and cover) at the same time, which makes the driver change the personality of the 2016 Ferrari California T in a matter of seconds. Second, the vehicle boasts the redesigned transaxle architecture, which, according to the company’s engineers, allowed to have the perfect distribution of weight: 47% front and 53% rear. Moreover, innovative solutions in this platform also allowed to place the powertrain much lower than in the previous California (40 mm), that certainly improved the steering by providing a lower center of gravity. According to the Ferrari website, the entire body shell and chassis are manufactured from the high-quality aluminum. 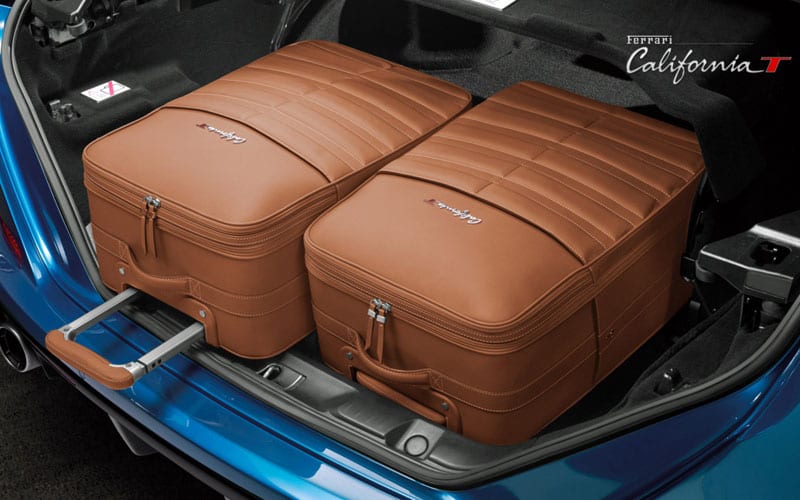 Although the car was produced not so long ago, it already had won three awards from reputable magazines in the auto industry. Specifically, the Red Dot Award was given by the Red Dot organization for the design, UAE’s Wheels Magazine has named this vehicle a Convertible of the Year, and Schweitzer Illustrierte considered it as the Most Stylish Car of the Year. Pretty impressive, huh?

The starting price for the model is $202,723 and could be raised up to $10,000 for the premium materials used. Again, the customers can be advised by a personal designer that will get them through the process of customization. 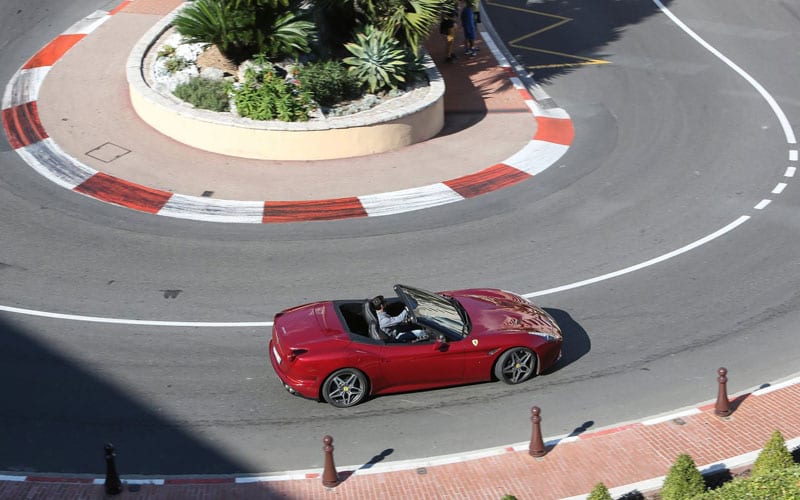 The 2016 Ferrari California T combines the best qualities of coupe and roadster and provides a well-built feel to the interior elements, which is somewhat new for the brand. Basically, this car is made for two people because the rear seats do not provide sufficient room for an adult passenger so they should be saved for baggage and kids. The engine is powerful, responsive, efficient, and will certainly make the owner happy if he or she steps on the pedal. Overall, this is a beautiful vehicle that supports the reputation of iconic Ferraris and proudly carries the company’s traditions combined with latest technologies.