The modern day family car has moved away from the small hatchbacks or even the sedans and moved on to the midsize SUV, mostly three-row seaters. The reason is quite obvious. Families, even the smaller ones, need to carry a lot of stuff around. If it’s not people, it’s going to be various items and luggage. You simply can’t do that with a small hatchback. The SUV isn’t just large enough to accommodate and fit the needs of families but is also often filled with lots of entertainment features to keep everyone, including the kids, happy.
The Durango is Dodge’s offering in this segment, and while it has always been a great vehicle, particularly in the affordability, it always offered and the bang for your buck. The lack of some features its competitors had and the disappointing interior quality has made it somewhat redundant when pitted against some of the stronger competitors. 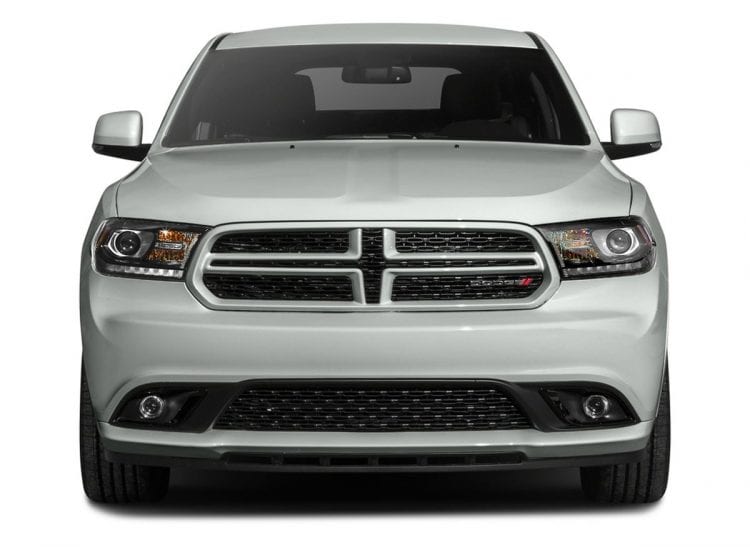 For 2016 Dodge Durango this company has incested a big effort to improve it in all the areas where it previously lacked, as well as further enhance its strong sides. So now, for instance, the base V6 engine comes with an automatic stop-start feature to greatly improve fuel economy, this is especially noticed in the city. 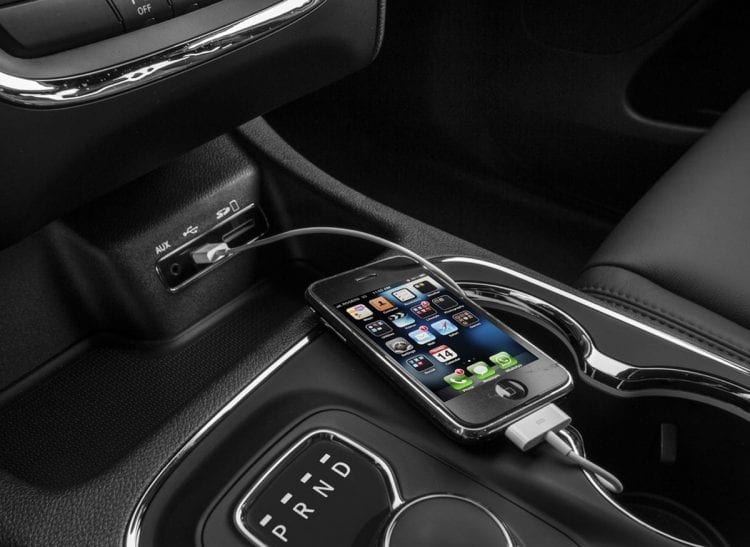 New as well is a Sport mode introduced in all models. It affects the steering calibration, the transmission shift times and the throttle response. The sportiest R/T trim gains new standard equipment features and elsewhere there are new special packages for the exterior appearance called Platinum and Brass Monkey.

The biggest problem with the new Durango is the pretty bland basic model. It’s really simple but not in a good way. It doesn’t offer a lot, despite the fact that it’s pretty affordable. Upgrading to a higher trim makes it a much better competitor to the Honda Pilot and the Toyota Highlander, allowing it to attract more buyers to brand.

Starting off with the exterior, we find a largely unchanged appearance. We do have to note however that is a bit sharper and cleaner, at the same time gaining a more aggressive look. No doubt the mean looking LED headlights and large rectangular grille contribute to this. The lower bumper is massive with a large opening at the bottom and fog lights on either side. 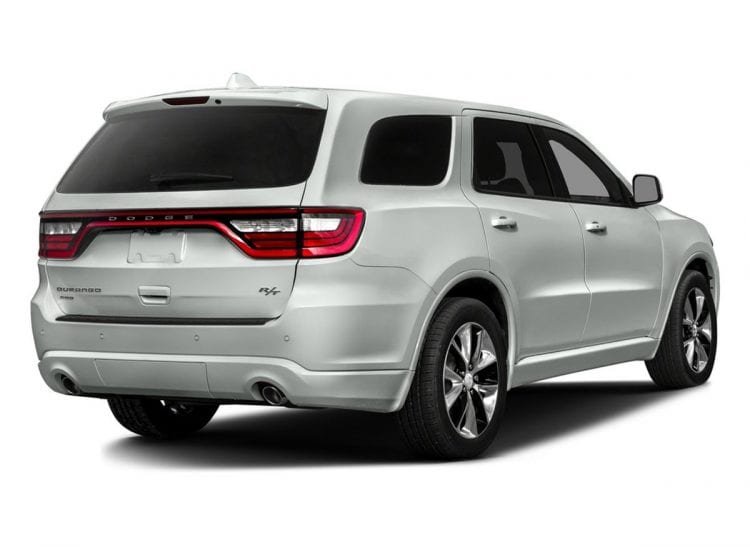 There’s nothing to comment on the side look of the Durango as it’s the most boring of all angles. It’s an SUV shape with the traditional SUV roofline and high waistline, and there are no distinctive features that we can say are unique. The best part are the 18-inch alloy wheels which come standard even on the base SXT model. Note that you can upgrade to 20-inch black wheels on the higher levels which are menacing and further improve the looks of this vehicle.

The interior is the best part of the Durango along with the engines. It’s perfect for large families. Not only is it quiet and comfortable like it’s always been, but the overall quality and fit and finish of everything in the cabin is now at a very high level. One major advantage of the Durango is the cabin space.

Although a lot of competitors offer to seat even for eight, the reality couldn’t be any further from the truth. The Durango delivers as promised. The third row has so much headroom and legroom that even taller adults can find a comfortable position which is rare for an SUV even in this segment where we have quite large competitors. 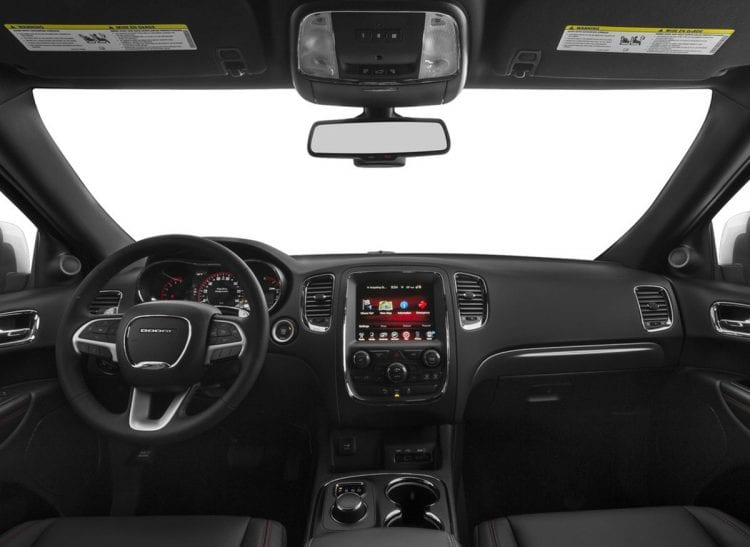 The Durango also dominates the segment with its technology. The standard system that comes with the base model is nice and user-friendly but if you want the best of the best we suggest you opt for the Uconnect with an 8.4-inch display which features large virtual buttons, useful secondary controls, and very logical menus. Whether you’re a tech-savvy person that wants the best system available or just a novice wishing for the most user-friendly system, this is one of the best out there.

The hood hides a 3.6-liter V6 engine developing 290 hp and 260 lb-ft of torque. It’s standard on all models apart from the R/T. It’s mated to an eight-speed automatic gearbox, and it is offered as a rear-wheel-drive vehicle as standard.

You can, of course, opt for an all-wheel drive system which is always nice for such a large vehicle. The new start-stop system no doubt helped achieve the 20 miles per gallon it’s able to return in the combined run. Towing capacity is amongst the best out there, standing at 6,200 pounds. That’s not just marginally better than most competitors, but it absolutely stomps most of them. 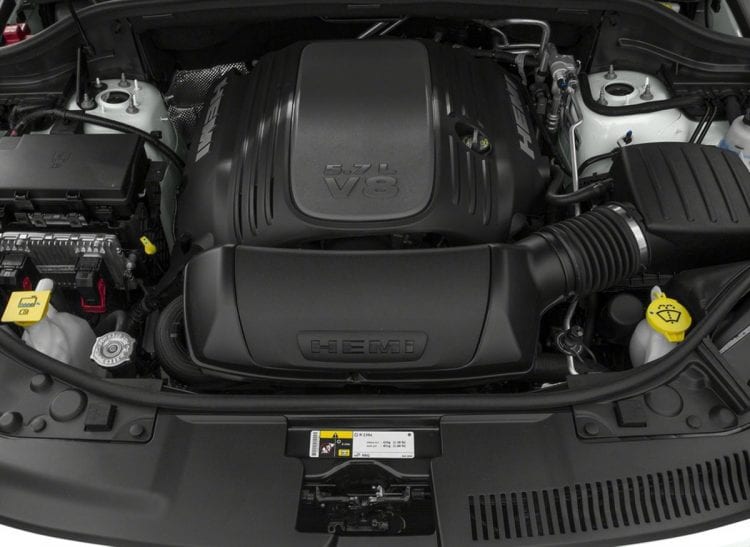 The V6 RWD Durango hit 60 miles per hour in 7.8 seconds, and the all-wheel-drive version completed the same sprint in 8.1 seconds. Both are decent but are off by quite a bit for the segment. Don’t worry; there is a cure for this.

If you want the most powerful Durango available, you’ll have to go for a 5.7-liter V8 on the R/T or choose it as an option in the Citadel trim. It’s mated to the same eight-speed auto gearbox and comes in the same rear-wheel drive configuration.

The all-wheel drive system here comes with a low-range transfer case, improving off-road capabilities and the towing performance. Fuel economy does suffer a bit naturally, with a figure of just 17 mpg and 16 mpg on the RWD/AWD models respectively. The best part? It can tow 7,400 pounds. To match it or even beat it you’ll have to go to truck-based SUVs. 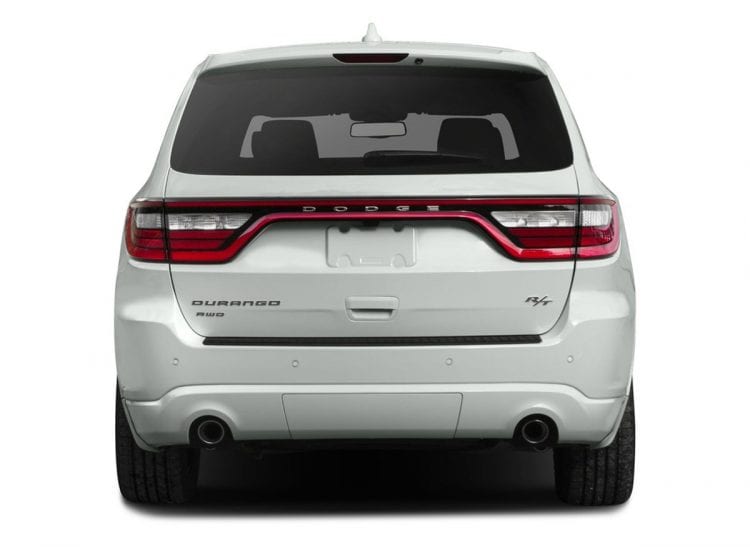 The one downfall of the Durango is its driving dynamics. It’s extremely heavy for the class. In fact, it’s some 700 pounds heavier than the Honda Pilot. As a result of this, the engine does struggle to pull it along when compared to the lighter competitors. The V8 offsets this, but it still doesn’t do it justice.

Don’t expect it to behave like a car. This segment has a tendency to be closer to cars than truck-based vehicles in terms of driving, but not so with the Durango. It still isn’t as bad, but it’s by no means agile in any way. Still, the ride is very comfortable, and it absorbs all of the bumps extremely well.

The base SXT model starts at $30,500 and goes up accordingly as you start adding more gadgets and move to more expensive and better-equipped trims. If you’ve set your mind to it, then go for it. If not, we suggest you take a look at the competitors wisely and consider what you really want from an SUV.