The 1960s and ’70s were mostly dominated by the so-called Big Three. The Australian family car market was described as being ‘Holden, Falcon and Valiant’ and always in that particular order. They mainly had a large six-cylinder engine or a V8 under the hood.

The Chrysler Valiant fell when Mitsubishi took control of Chrysler, effectively leaving the fight to be battled out between Holden and Falcon. Well, it’s some 40 years later now, and the tables have turned because the positions have been reversed completely. The demise of the Falcon and the Commodore meant that the large Chrysler was left all alone in its own segment.

The car in question is the Chrysler 300C. It’s been on sale from 2005 and although it’s never been a big hit, the people who bought these vehicles really loved them. Let’s face it, it had some pretty significant flaws. The only reason to own one was to either: a) really like it or b) be forced to own it. There are no mistakes about it, however: you know a 300 when you see it on the road. 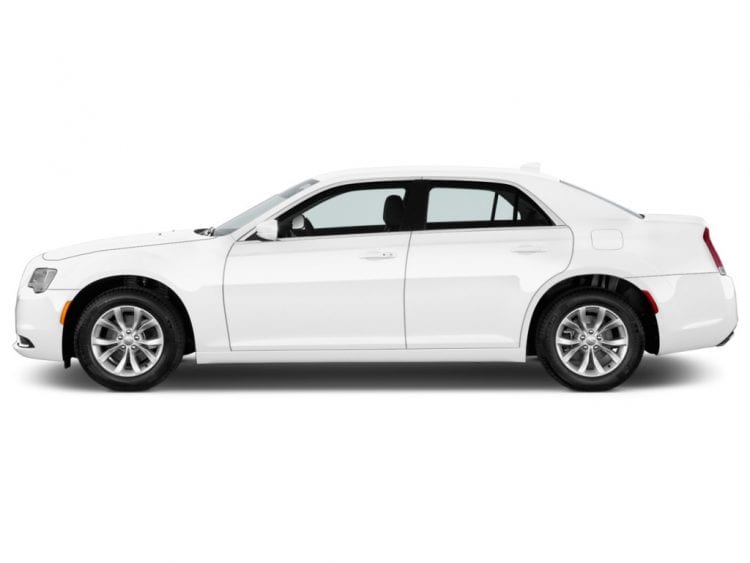 The second-generation was launched in 2012, and it received a mid-life upgrade in 2015 with some small changes. These include things like the new honeycomb grille with the Chrysler wing badge in the center and not at the top. There are also new LED fog lamps and daytime running lights. View it from the profile, and you instantly see the characteristic wide shoulders and the very high beltline. The wheel designs are entirely new, and you can have them in either 18 or 20-inch. The rear gets an all new fascia as well as LED taillights. It’s a handsome looking brute you have to give it that.

Although it was previously available as a sedan or a wagon (including having a diesel engine as an option), the newest 300 range only consists of a salon body and petrol engine choices. The four variants of this vehicle are the 300C, 300C Luxury, 300 SRT Core and the flagship 300 SRT. 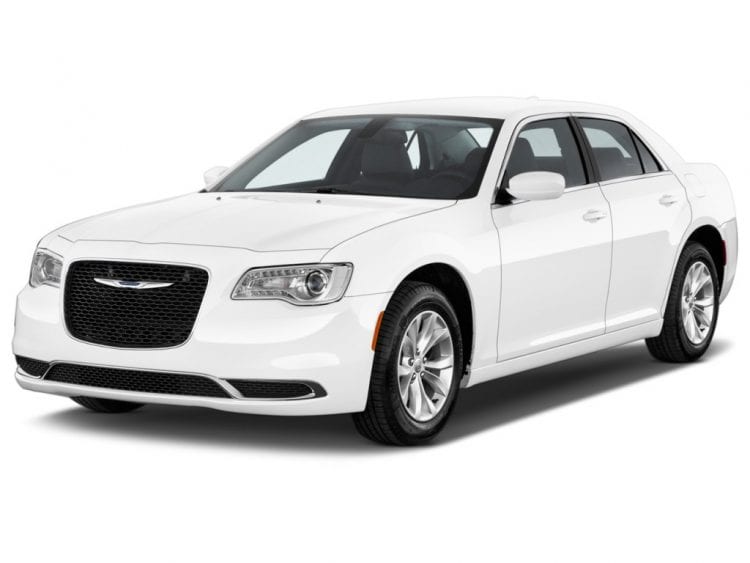 As the name suggests, the 300 SRT (Sports and Racing Technology) is the pinnacle of what new lineup has to offer.  The Chrysler 300C is the entry-level model starting at just $42,000 and the 300C Luxury ($35,000) is a step above it. However, the SRT variants work the other way around. The 300 SRT costs $52k, and it’s the ultimate model of the sport range, while the 300 SRT Core cuts back on features but also on the price at $46k. It represents the base model of the 300 Sport range.

We mentioned that the Core edition of the SRT gets fewer gadgets (they had to save $10,000), but let’s see where that cost saving comes from. You don’t get: adjustable suspension, leather trim, cooled drink holders, satellite navigation, seat ventilation, Harman Kardon audio and cargo floor mats and a net.  Honestly, you could live without those things perfectly fine although it’s the adjustable suspension that really gives the SRT its top of the line capability. 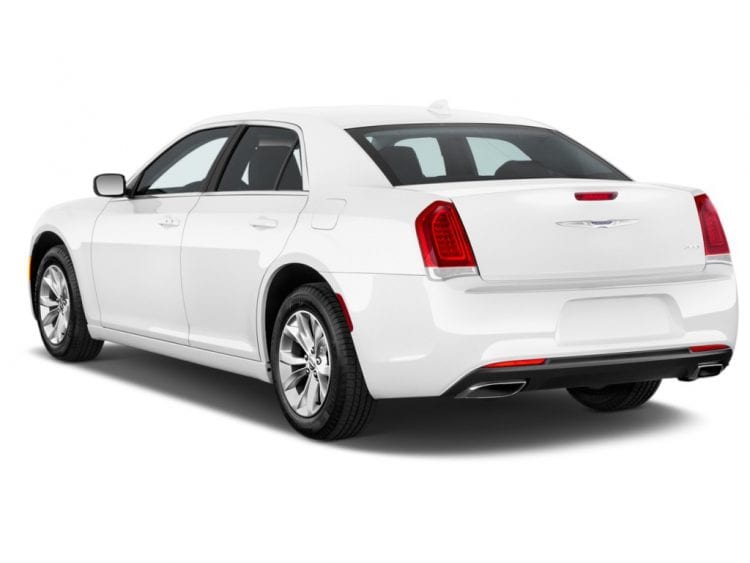 More importantly, the big features on the SRT are the extra safety features like the Blind-Spot Monitoring, Lane Keep Assist, Forward Collision Mitigation and Lane Departure Warning. These are standard in the 300C Luxury but not in the Core.

Both of the models have 20-inch alloy wheels. They are machined for the Core and forged for the SRT (for extra strength). The brakes are four-piston Brembos (black on the Core and red on the SRT).

The Chrysler 300 has excellent legroom and headroom, but the rear shoulder space can get a bit tight if you want to seat three adults across. It’s ideal for four occupants total. The boot has a capacity of 462L, making it one of the best in its respective segment. The rear seats fold down in a 60/40 split manner allowing you to get even more cargo space.

The U-Connect multimedia system, avid readers will know, is one of the worst infotainment systems we have ever encountered. It’s operated through the 8.4-inch touchscreen color monitor that’s located in the center of the dashboard. 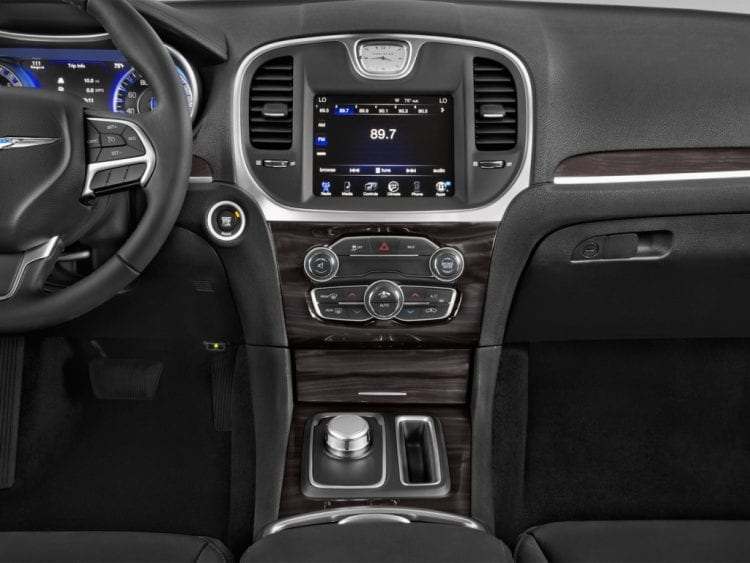 The 300C has the same 3.6-litre Pentastar V6 engine. It develops 210kW and 340Nm of torque at just under 4300rpm. The most powerful version in the SRT has a massive 6.4-litre V8 Hemi producing 350kW and 637 Nm of torque. Chrysler won’t give official numbers, but the sprint to 100 km/h takes just under five seconds.

Both of these engines are mated to a ZF TorqueFlite eight-speed automatic, which is especially nice in the SRTs (they previously had the old five-speed). The SRT models even get paddle shifters now. Talk about improvement over its predecessor.

Fuel consumption is rather poor, however. Listed at around 13.0L/100km on the combined cycle, we can say that it’s a bit optimistic. The real consumption is around 15L/100km. Although it may sound like a lot, remember that this is a large sedan with a massive V8 under the hood. 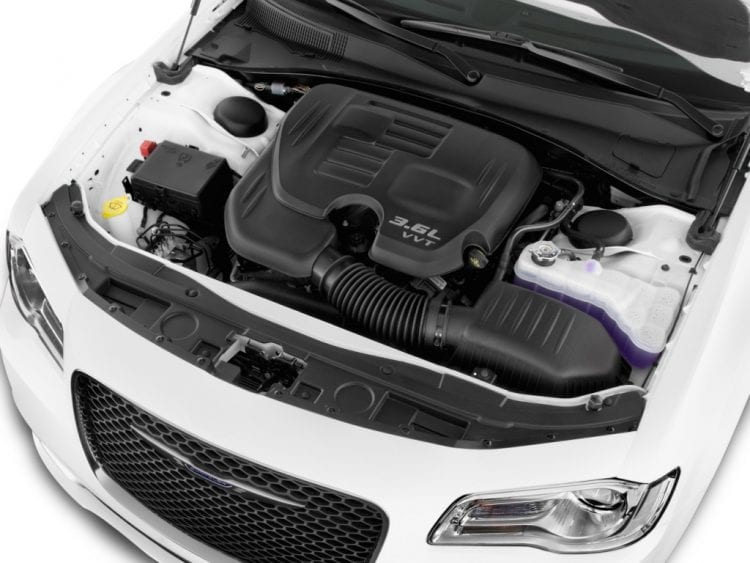 Pressing that engine start button on the 300 SRT gives you a nice thump from the massive unit. It burbles and coughs at idle with the monstrosity that only a Hemi engine can produce.

The onboard launch control allows the driver to set his preferred launch revs, hold the brake and accelerator together, let go of the brake and woof… you’re on your way to a sub-five second sprint to 100 km/h.

There are three driving modes: Street, Sport, and Track. They adjust steering, stability control, and traction control as well as the settings for the suspension, the throttle, and the transmission.

The new eight-speed gearbox is a big improvement over the old five-speed. It’s not just that it has more gears, but it’s at least two times faster when it has to either downshift or upshift. It’s nearly seamless compared to the old relic. 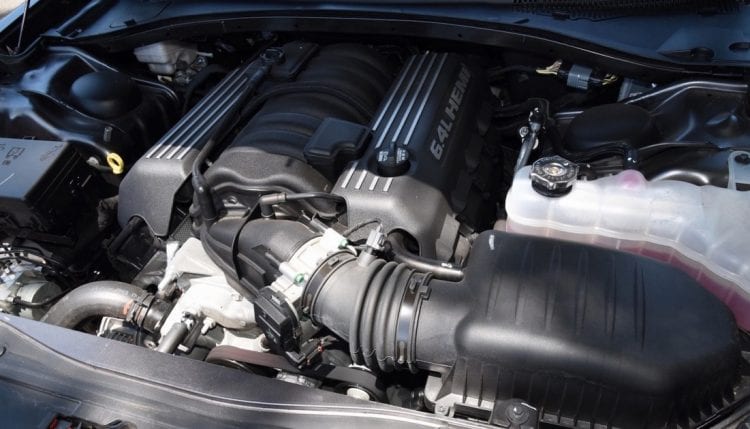 With prices starting at just $32k for the base model, it’s extremely affordable. If you want the big shouty V8 however, you’ll have to shell out at least $46,000.