Just last year, we saw the completely overhauled Chrysler 200 as the company’s midsize offering. The previous mediocre looking exterior, as well as interior, have been replaced with a much more elegant and up-to-date styling, more reflective of the company’s current status.
Obviously, after such a large redesign, you’re mostly setting the car’s looks for the short future. You can expect it to be largely the same for the next couple of years, but that doesn’t mean it shouldn’t get any upgrades. Chrysler is fully aware of that, so this year they’re giving us an updated 200. For 2016, the 200 gets firmer front seats as per user feedback and the 90th Anniversary package becomes available. Elsewhere, the Limited trim gets a rearview camera.

The looks are a carryover from the 2015 redesign. This implies a look following Chrysler’s current design vision and language. At the front, there’s the new grille and LED daytime running lights. The fog lights at the bottom of the front bumper feature LED technology too. Everything has been well incorporated and 2016 Chrysler 200 is  a modern car through and through.

The side of the car is probably the least interesting to look at, since there are next to no distinguishing features, unlike the front or the rear.

Still, the windows do have a chrome trim around them just like on higher, much more expensive luxury cars, and it’s an elegant shape. The rear has LED taillights too, and the overall look is one of a really modern car. With competition that it’s facing here, it certainly needs every upgrade it can get.

Although it may not be immediately obvious, the 200 is actually based on a Dodge Dart, with the obvious difference being the platform which has been stretched here to accommodate the larger body of the 200. Considering how highly praised that Dart platform is, it’s not a bad thing. There are eleven colors to choose from for the exterior, giving you plenty of customizability.

Without a single doubt, the interior is this car’s party piece. The S and C models showcase this to the fullest with their 8.4-inch display for the infotainment interface. It’s a very intuitive thing to use and is extremely user-friendly. What’s more, it fills the central part very nicely due to its size and complements the shifter of the automatic transmission. Looking at other models in the segment this 8.4-inch touchscreen is one of the best looking and biggest units available.

There are inlays made out of real wood in the Premium Group package. They don’t just look nice but are really pleasant to the touch too. Speaking of pleasant, this is a good time to mention the materials used in the cabin which is more than okay. They may not be up there with the Germans just yet, but boy does they come close. The cloth upholstery in the Limited model is great, despite not being leather. The 5-inch audio display may seem small, but it too is more than decent for its function.

As we mentioned, the front seats have been changed, so they’re much firmer now. Not the bolstering or the seat as a whole, it’s just the seat cushions. This should improve the quality of the interior but also make people more comfortable as this change was only done due to customer feedback from the 2015 model. We are glad to see that big car maker still do listen to customers.

One issue is the hip room, which is sadly a lot smaller than that of the competitors. It’s not a big deal if you’re about average, but larger people might feel cramped a bit. The rear seats themselves are good, but one of the biggest complaints about the 200 is the rear legroom. It’s not that it’s small for its class, but it is small period. All of the competitors have it trumped when it comes to legroom.

Anyone taller than 6 feet will have issues getting in there, let alone finding a comfortable position. It’s not just that it’s small; it’s the fact that it feels small. There are cars which you know are small, but feel like they offer a lot more than they should. Well here, it’s the complete opposite. It is not claustrophobic in any way, but the sense of space is on the small side. 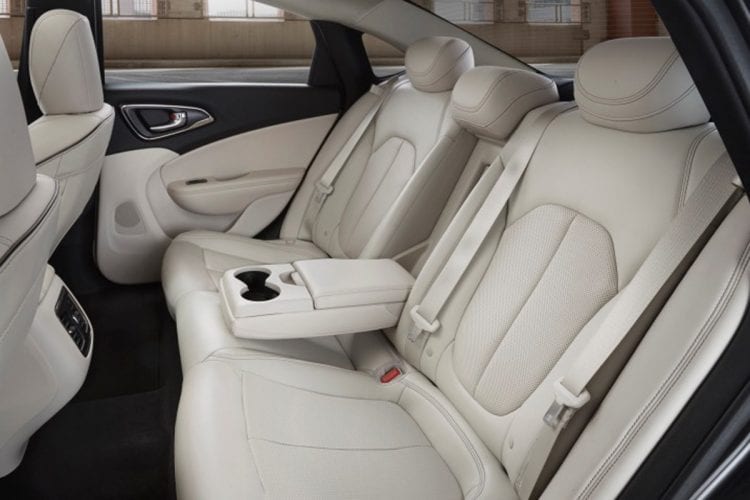 Thankfully, it does manage to redeem itself a bit with the boot space. There is 16 cubic feet of cargo space behind the seats, making it better than the Accord, Altima and even the relatively large Mazda 6. The rear seats fold with a 60/40 split, and there’s a small pass-through from the trunk, enabling larger and longer objects to be loaded in the car even with four passengers.

The standard engine option is a 2.4-liter four cylinder which isn’t turbocharged. It still manages to develop 184 hp and 173 lb-ft of torque which gives decent performances. The Limited, S and C models can be fitted with the optional 3.6 liter V6 developing 295 horsepower and 262 pound-feet of torque.

In both cases, you get a nine-speed automatic with flappy paddles mounted behind the steering wheel for the 200S model. Both engines deliver power through front-wheel drive system as standard, but there is the option of an all-wheel-drive drivetrain on the V6 unit. 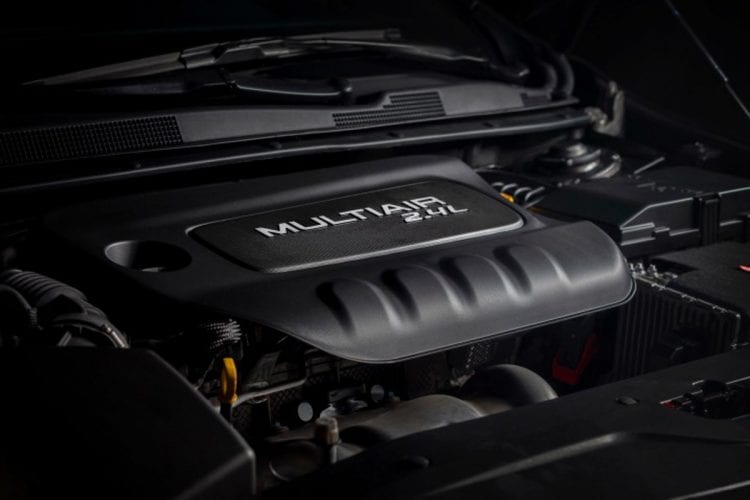 In addition to all of that, there’s a Sport mode on the V6, sharpening up the response of both the transmission and the engine and making the steering wheel feel heavier. It also makes the all-wheel drive system (if fitted) send torque to the rear wheels in a ratio of 60 to 40 rear to front respectively.

The four-cylinder is quick enough, but it’s the V6 you want if you’re after power. A 200S managed to reach 60 miles per hour in 6.2 seconds, making it a class-lead contender. The smaller four-cylinder did manage to complete the same sprint in 9 seconds, falling behind the average for the segment.

If you’re worried about fuel economy, go for the smaller 2.4 as it managed a great 28 mpg on the combined run. The V6 manages 23 and 22 mpg depending on whether the model is front or all-wheel drive respectively. Either way, it’s a great effort for such a strong engine.

It’s really difficult to pinpoint why the 200 isn’t receiving the recognition it should. Sure, the base engine is below standard and even with the V6, the handling capabilities of the 200 are below average, but for a starting price of $22,000, we’re really hard to fault it. There are segments where it can be improved, and we hope to see upgrades in the future years.