We need to be objective, the previous generation of Chevrolet Malibu wasn’t the best car. We’ll be straight up in claiming that. It wasn’t bad by any means, but it lacked certain features and character that the competitors in the segment had. Well, Chevrolet had a rethink about it and the 2016 Chevrolet Malibu has been completely redesigned.

Let’s start with the most noticeable and most important update, the exterior. You’ll immediately notice the new Malibu is miles ahead of the old one in this regard. The boring and uninspiring look has been replaced with striking design, one that can even match the Germans. It’s now aggressive, but not too much. It looks sleek and elegant but not contained. It really is a capable competitor now and not just another bland entry. 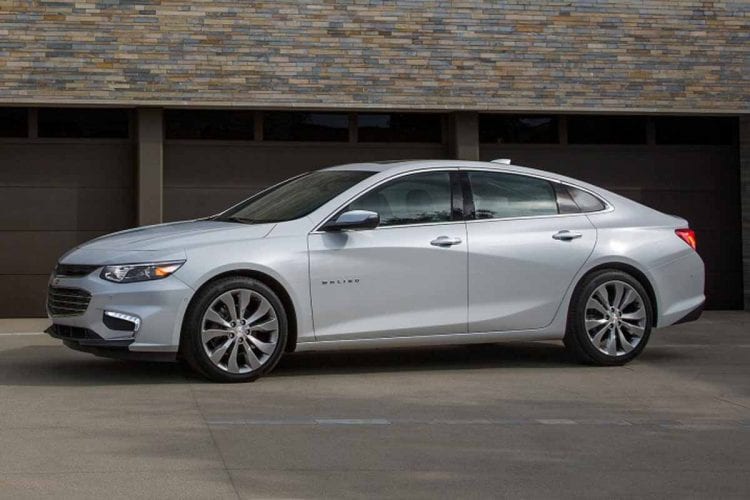 The overall shape and roofline are distinctive for a full-size sedan, but it appears lower and more aerodynamic. The front headlights have some styling details in them now, unlike before, and the two part grille with the Chevy badge in the middle looks excellent. The LED strips on the lower bumper just on the sides of the car also contribute to the new refreshed look, as does the improved rear.

Although the outside is all revolution, the inside is mostly an evolution. That’s not a bad thing, however, since most of the reviews have been positive regarding last year model’s interior. One thing that’s an immediate improvement is the new dashboard which features a different gauge cluster. It’s much more elegantly incorporated and is more visible compared to the old one. There are no individual clusters and segments for the instruments now, it’s just one screen that shows all. The graphics on the gauges are also a lot better and easier to read. 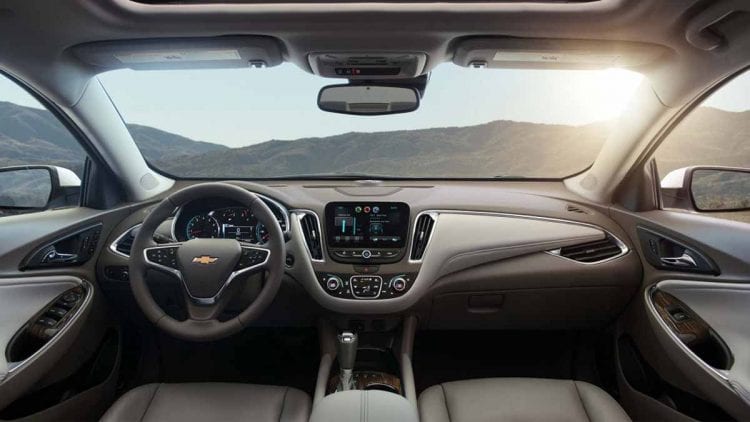 Infotainment systems are displayed on the optional MyLink touchscreen should you go for it, and we highly suggest you do. The screen is reminiscent to that of an iPad but it’s neatly integrated into the dash and looks like it belongs there. In a world obsessed with that style of screen, the Malibu’s display does a very good job we have to say, both in the styling and functionality department.

The standard touchscreen is 7 inches in diagonal and features relatively good graphics, but the 8-inch one that can be chosen as an upgrade is really where it’s at its best. It’s standard on the Premier and an option on the LT but boy does it deliver.

The color palette is almost endless and the screen has the clarity to it that the smaller, standard one, just can’t compete with. The menus are well sorted and it’s easy to shift through them thanks to the intuitive interface. There’s no screen lag and everything is done instantly. There’s smartphone integration for Android and iOS as well as 4G WiFi. The only drawback to this car is the lack of any kind of infotainment on the base L trim. 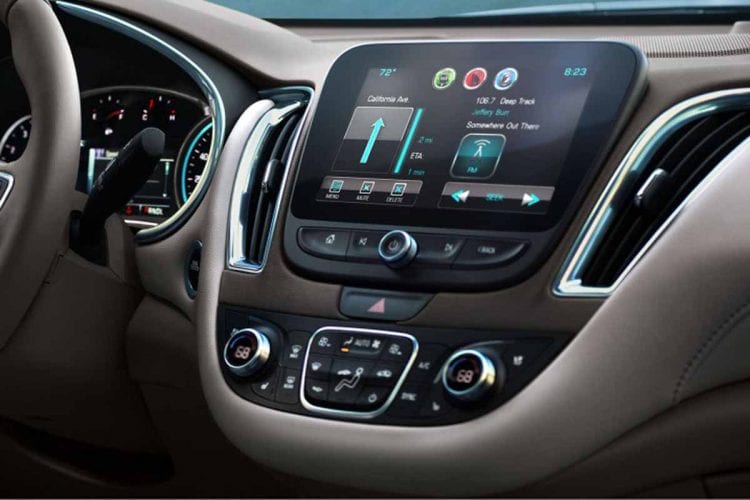 The materials used are excellent and wouldn’t seem out of place even in a bigger and more expensive car. There’s very little in the way of cheap gimmicky plastics and everything you touch is soft and smooth. The steering wheel is especially pleasant to touch. The seats are very comfortable and supportive offering decent side bolsters.

Speaking of seats, the 2016 Chevrolet Malibu will now carry 5 adults with ease. Although there was never an issue with the front seats, the rear leg and headroom were always troublesome for the old Malibu. Well, for 2016 they’ve given passengers in the rear a lot more room solving the issue. 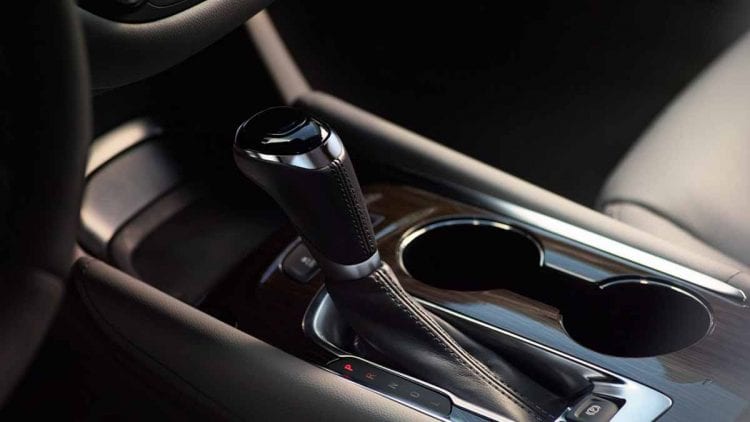 This is now a tall people friendly vehicle both for the front and the back. Thankfully to the longer wheelbase more interior space is offered. Cargo space stands at 15.8 cubic feet which are more than enough for most people, but is still average in this segment and after you fold down the rear seats you will be getting plenty more room for your stuff.

Moving to the engines, we find a decent choice. The first 3 trims (L, LS, 1LT) all have a six-speed auto as standard that’s mated to a 1.5 liter turbocharged four-cylinder developing 160 horsepower and 184 lb-ft of torque. This economical little engine manages to return an impressive 31 miles per gallon on the combined run although that figure can range a bit since the car is fitted with a stop-start system. 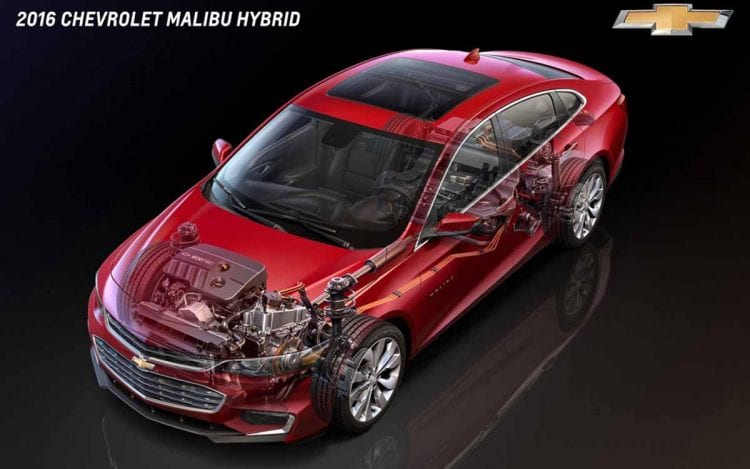 The 2LT and the Premier trim both have an eight-speed auto rather than the six, and instead of a 1.5 liter you here get a 2.0-liter four-cylinder which is again, turbocharged. The extra displacement and upgrades result in 250 horsepower and 260 pound-feet of torque. Although it’s a lot more than the smaller engine, it’s still less than the output of this same engine found in the previous Malibu. However, thanks to the transmission which features eight gears you get an improvement in fuel economy, 26 mpg in the combined run to be exact.

Driving experience is rather good. The 1.5 liter isn’t fast but it isn’t slow. It’s about on par with most engines that competition fitted in other models in the segment. Combine the 300 pounds weight deficit this Malibu has over the last one and the added benefit of the torque from the turbocharged engine and you get a car that’s a lot faster than its predecessor. It’s especially good when going uphill or overtaking when you can just ride that wall of torque. The car makes those maneuvers seem easy. 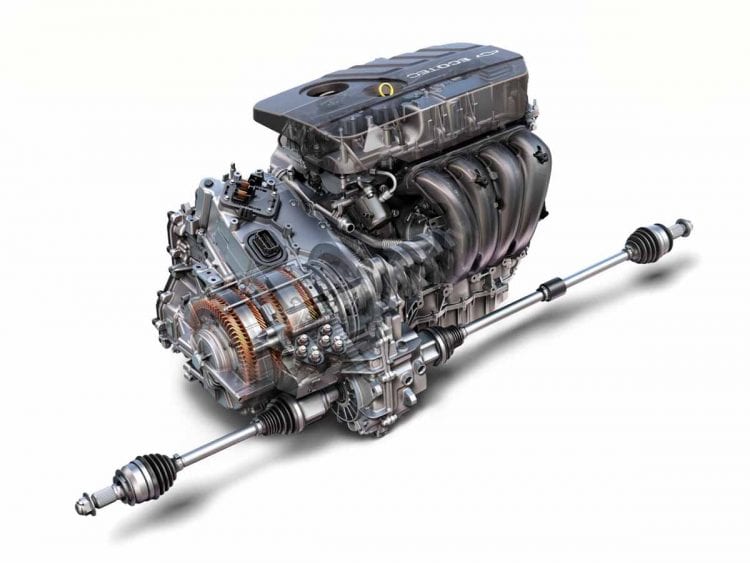 If you’re not satisfied with the power in the 1.5, go for the 2.0 liter. It’s got 250 horsepower which combined with the insane amount of gears in the eight-speed transmission, feels lively and eager to go. It always seems to have the right gear and that it spins on the right rpm’s for any speed, not that you need it however since that torque will pull at any rpm.

There’s not a lot of body roll in the corners too. It’s stiff but not too much. It manages to easily absorb all the road imperfections. Thanks to the weight loss it transfers weight much better, although it has lost some sound deadening and it now has a bit more road noise. All in all, we think it’s a great improvement over the old one. 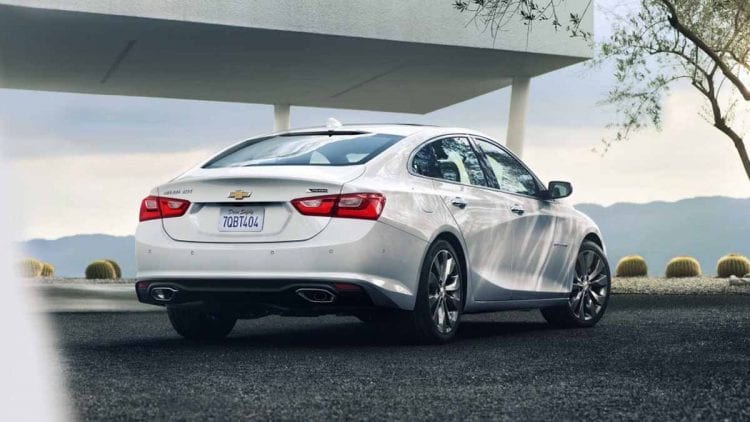