Ever since its debut back in 2010, the Cadillac SRX has proven to be one of Cadillac’s most successful vehicles of all time. It was, in fact, the best-selling model of Cadillac at one point, a huge achievement for an entry-level crossover that’s bordering luxurious territory. The SUV’s first few years were relatively trouble free, but with the competitors gaining ground soon, it quickly fell off as it became overtaken by virtually most of its direct rivals. It’s not that the SRX has gotten bad, but rather the competition has reached a point where they are a whole level above it. The fact that Cadillac decided to leave it unchanged for 2016 is a bit of a worry, but they say loyal fans of the brand don’t really care for small details like that and we honestly think they’re right.

The SRX is a luxury crossover SUV that’s at the higher end of the spectrum in its segment. As such, it comes in four different trims: Base, Luxury, Performance, and Premium. 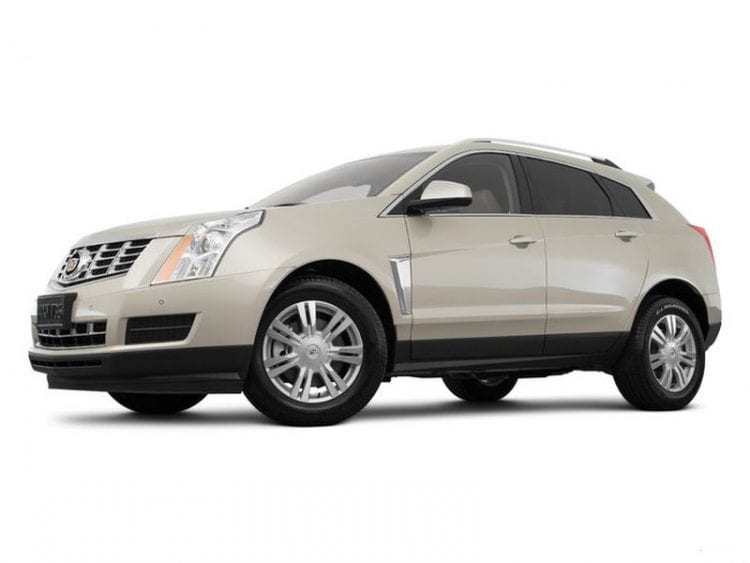 The base may be the most affordable one, but you’d be amazed to find out how much gadgets it comes with as standard. For instance, there are 18-inch alloy wheels, heated mirrors, leatherette upholstery, automatic climate control, automatic headlights, a 60/40 rear seat split, cruise control and an eight-way adjustable driver’s seat. The CUE interface comes with the 8-inch display, a wonderful addition to the already luxurious base trim. Naturally, there’s the OnStar system, onboard WiFi, a Bose sound system with eight speakers, Bluetooth, and audio connectivity as well as a USB and an auxiliary jack.

Move up to the Luxury trim, and you’ll be even more spoiled with features like keyless ignition, keyless entry, front parking sensors, rear parking sensors, power folding mirrors, a rearview camera, blind-spot monitoring, automatic wipers, a power liftgate and even a panoramic sunroof. The front seats are heated and so is the steering wheel. The driver’s side has a memory function with a couple of different positions, and there’s a cargo management system too. The audio department has been taken care by Bose in the form of a ten speaker system. 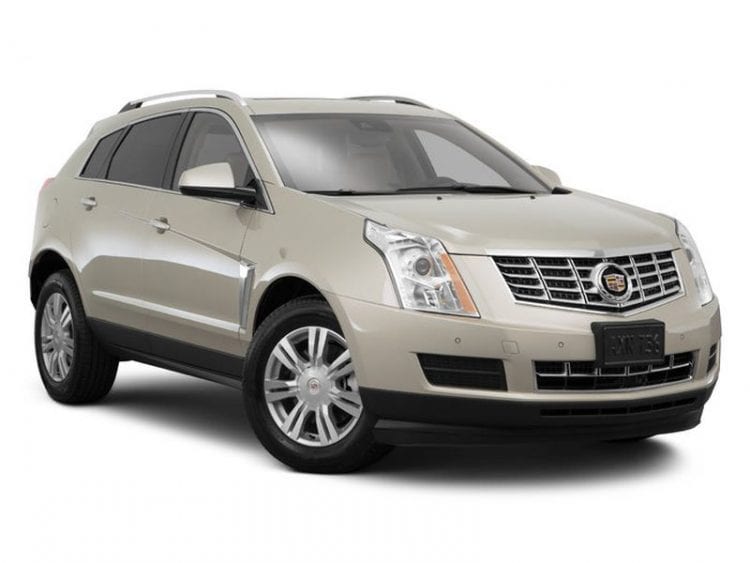 The same options are standard on the higher Performance trim, but since it is the sporty trim out of the bunch, it gets 20-inch alloy wheels, adaptive dampers (although they’re for the all-wheel drive version only), a sports suspension, adaptive xenon’s at the front. Additionally, we have adaptive fog lights and variable-effort steering (the amount of strength and feedback provided by the wheel is changeable and mostly affected by the speed and steering input).

The flagship Premium trim has its own unique features which really make it stand out from the “plain” versions that the SRX has. First of all, there’s a tri-zone climate control, heated rear seats in addition to the fronts, ventilated front seats, a Driver Awareness package with systems such as forward collision and lane departure, a safety alert for the driver’s seat and automatic high beams. If you’re into extremely luxury and all the toys you can get, this is the trim for you. 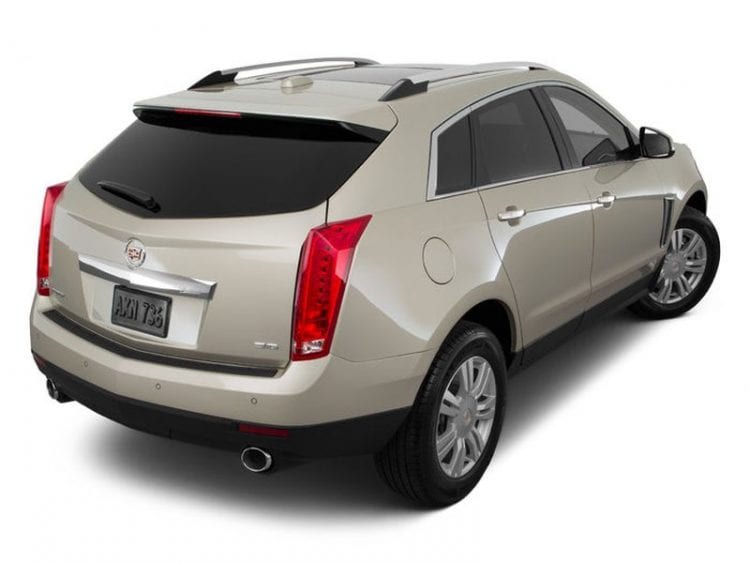 The interior of the SRX is good for the most part. When it came out, we remember saying how nothing could come even close to it. Well, that statement held true for a few years, but without any major updates we’re afraid competitors have caught up with it. Still, the feel and overall look of the cabin is that of extreme quality, despite the age. Fit and finish are mostly great with the exception of a few minor deficiency we found here and there. The wood accents did seem out of place in certain areas (especially where polished), but it’s a really pleasant cabin to be in, one that manages to mix technology and luxury beautifully. 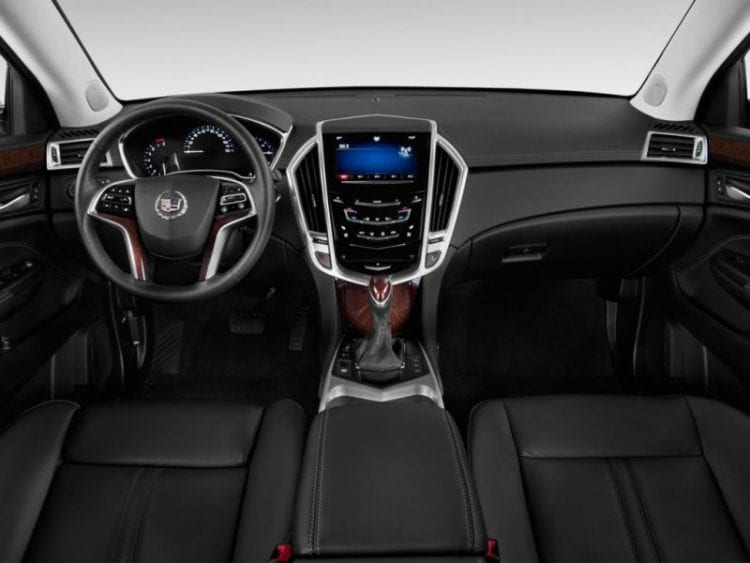 One centerpiece of the SRX is its CUE interface. The infotainment interface is not just great to the eye, but easy on the brain as well. It’s not complicated, and with a bit of practice, anyone would be able to navigate through it easily. If we’re going to be completely honest, the response time from it is painfully slow, that being the only real drawback as far as we can see. It’s not just the display itself that’s laggy, but rather the entire system and processing power of it. Even if you input something via the physical buttons, it may not always register them, or it will register them very late. If you’re seriously into technology, look elsewhere on rival models for the latest and newest in this field.

The room, however, is one area where the SRX doesn’t lack at all. There’s decent amount of legroom and headroom in both rows, and the back can surprisingly fit even full-sized adults with relative comfort. The 30 cubic feet of cargo behind the second row is also a nice addition to the already spacious cabin. 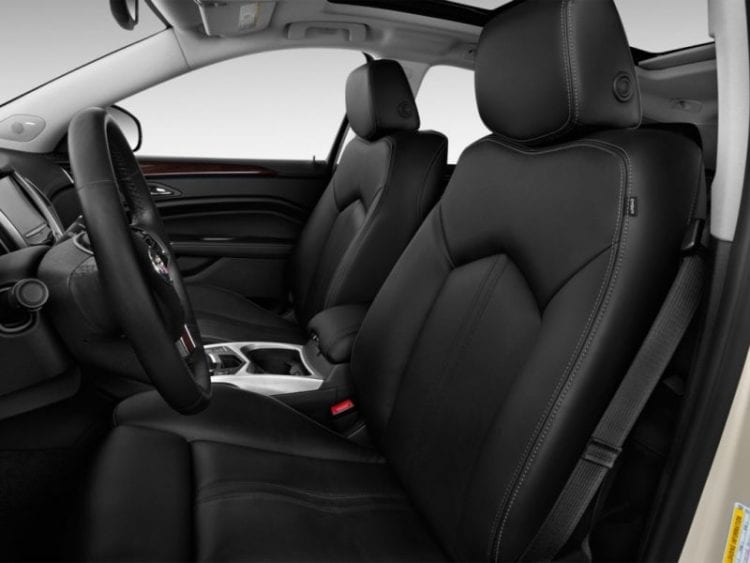 Under the hood, you’ll find a 3.6-liter V6 developing 308 hp and 265 lb-ft of torque. It’s mated to a six-speed automatic so sadly, no manual option here. In standard guise, it comes as a front-wheel drive vehicle, but you can specify it with the all-wheel drive system. In testing, we found that it reached the 60 miles per hour mark from a standstill in 7.0 seconds (albeit the front-wheel drive version). Not really impressive, but not slow either, making it around average for its segment.

Something below the average is the fuel economy figure. It manages to return just 19 miles per gallon on the combined run and a measly 24 mpg on the highway. And that’s the front-wheel drive version. The AWD equipped SRX does the same runs with 18/23 mpg. At least the ride quality is more than decent thanks to the very compliant dampers, softening every bump as if they aren’t there. The Cadillac drives like it’s on a cloud, naturally resulting in some body roll but not too much. Not really a driver’s car but still one of the best choices. 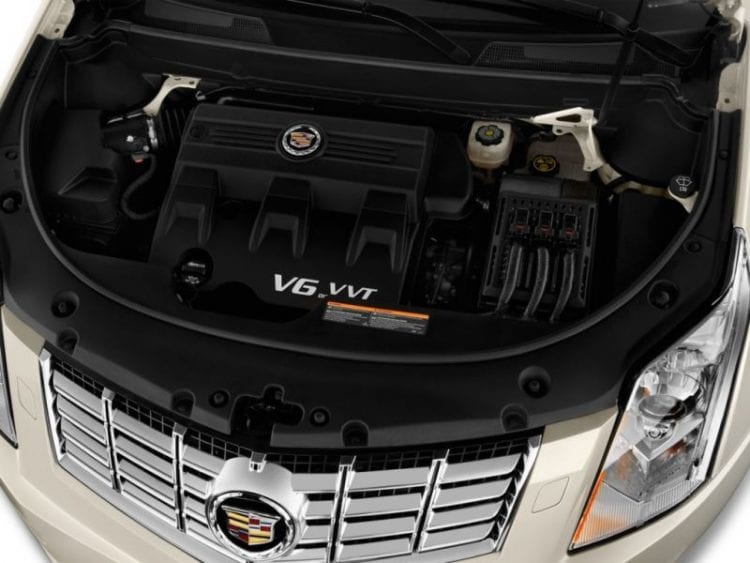 Prices start at $37,600, making it relatively expensive for what it is. If you think the price is justified go for it, but we would try out the competition before deciding on any vehicle.