If you’ve ever been interested in a large luxury SUV, chances are the most common suggestion you’ve gotten to try out the Escalade. See, there’s a very good reason for that. Back when the Escalade was launched in 1999, it didn’t really get the fame and success that Cadillac was banking on. As months and years passed things started to change and suddenly the luxury SUVs became some of the most sought after cars and amongst them the Escalade was king.
As more and more competitors from various other car manufacturers started flooding the market, all with their own unique features and gadgets in an effort to draw in the customer, the Escalade started receiving some much-needed updates to stay in the game. As good as the small updates were, the competition soon surpassed it since Cadillac was in no rush to restyle it, despite the fact that it had been in production for over ten years.

Well, in 2015, they finally decided to do so. In what proved to be the turning point for the Escalade, the year in which it received a total redesign, Cadillac realized the mistake they made and had therefore given us this, the 2016 Cadillac Escalade. Now of course, after such a large change, it’s only logical that the 2016 model gets just a few updates in the form of a better infotainment interface and safety systems, but that just goes to show that Cadillac started to improve their products constantly. 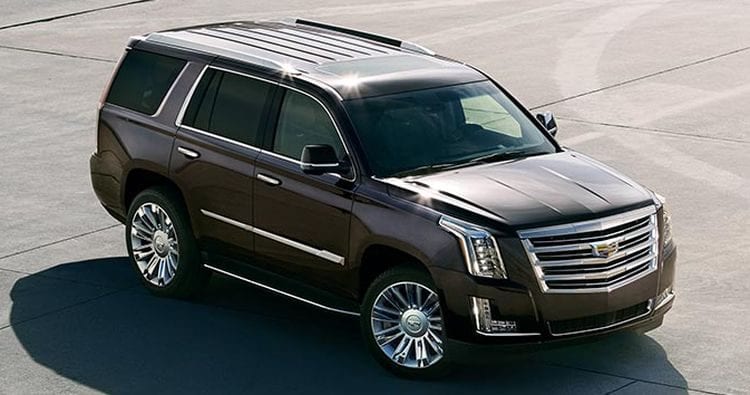 The exterior of the 2016 Cadillac Escalade is the same, a carryover from the 2015 model. That means a design following Cadillac’s current visual directions and ideas. To say the styling is bold would be an understatement.
At the front, the first thing to strike you is the grille, or rather the size of the grille. It’s a massive chromed grille with five horizontal chromed lines through it to visually split up the entire space it occupies. When we say this, we’re not kidding, but we have seen entire front fasciae of small cars as wide as the Cadillac’s front grille. Huge Cadillac logo is of course in the middle of it.

The headlights come with LEDs and feature a weird but cool looking angular shape which scoops towards the rear but in a cut-off manner. It isn’t sleek, but rather striking which is something you would expect from this type of vehicle. The lower mounted fog lights are L-shaped and even feature a small chromed trim just below. There’s a very small grille (in comparison to the main grille) in the middle of the front bumper taking care of the extra cooling needed. It’s a colossal front fascia, an intimidating one that gives you commanding position on the road.
The side of the car is probably the only thing that remains from the old Escalade. It’s still got the same shape, roofline, and elements but is arranged in a much newer fashion. The big square wheel arches hide the massive 20-inch wheels, or if you’ve opted for the Luxury trim, the planet-like 22-inch rollers. As far as extremes go, this is the upper end of the scale. 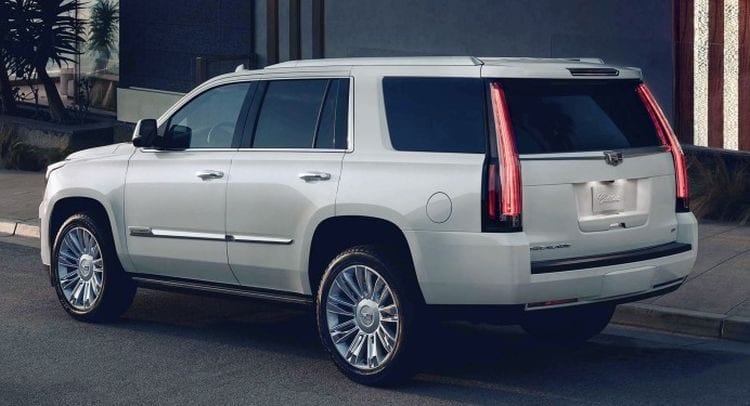 The rear segment gets the same vertical elongated taillights on the sides just like the previous model, but here they’re updated and just feel much more elegant. There’s nothing else to say about the rear really, other than that it’s understated compared to the front.

The interior has a lot of premium materials and contemporary Cadillac design, some of which make a debut on this Escalade. Speaking of materials, the stuff you find here can only be found on the most luxurious sedans, meaning this isn’t your average run-of-the-mill luxury SUV. This is the definition of luxury SUV and comes adequately equipped to bear this epithet.

The seats, however, are a bit of a letdown. No, not the actual seats themselves, but rather the interior space. It’s difficult to imagine how such a large vehicle can lack space, but in this case, it’s true. The real problem isn’t space, but how it’s organized. 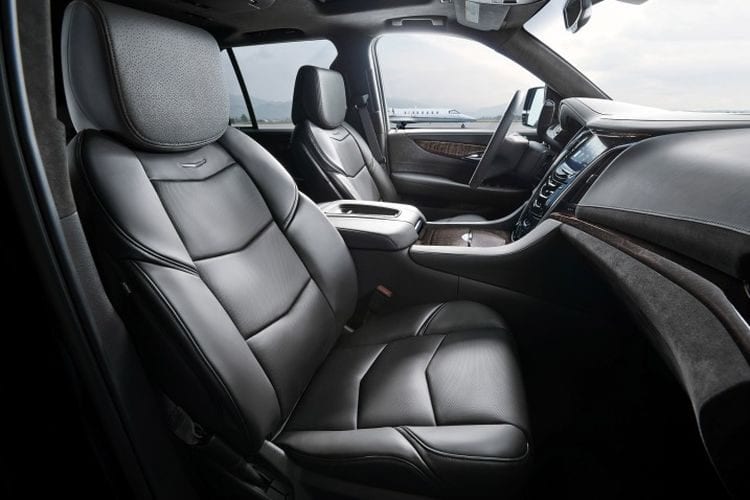 See, the first two rows of seats have a lot of headroom and legroom; there’s an abundance of that. Get to the third row, and you’re welcomed with a poor amount of legroom despite decent headroom. It’s really only suitable for children, and not all of them. They’d have to be on the shorter side.

A lot of this is down to the floor which is extremely high compared to the actual height of the vehicle. This isn’t an issue if you can stretch your legs a bit like you can in the first two rows for instance, but the third one is unbearable for taller people. Still, one good thing is that the material and finish of the actual seats is superb and super soft to the touch.

Under the hood of the 2016 Cadillac Escalade, we find a well-known 6.2-liter V8 developing 420 hp and 460 lb-ft of torque. All of that power and torque is delivered to the rear wheels via an eight-speed auto transmission. Officially, the Escalade returns 17 miles per gallon on the combined run, but realistically expect these figures to drop to the 15’s or even below if you’re not that careful with your right foot when driving it. Still, the numbers are more than a match for those of the competitors. 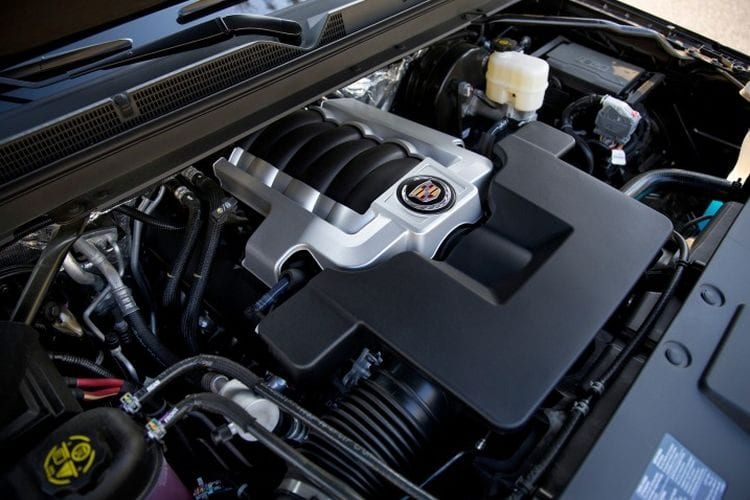 Surprisingly, the performance is great. A four-wheel drive version of Escalade with a top Platinum trim takes just 6.1 seconds to complete the 0 to 60 miles per hour sprint. As good as the V8 is, it’s really fat, and it’s dragging the nose. The Escalade was never going to be a sportscar, but it offers a surprisingly good ride.
We all knew it was going to be comfortable and luxurious, but no one expected it to have decent driving dynamics. We’re of course comparing it to other vehicles in the segment, but even so, it’s very impressive. The only real problem is the jiggly ride which results if you have the Escalade with the 22-inch wheels. Huge wheels really give it that special looks, so we are ready to sacrifice a little bit of comfort for the looks we get with these wheels.

Prices start at $73,000 for the base model with rear-wheel drive and go up depending on how you spec it. It is expensive, so we’d recommend checking out the Navigator or the Suburban before you decide to buy any of these SUV’s.