The brand new 2016 Cadillac CTS only further enhances the high standards set by the CTS from 2014. It was already a formidable opponent to the German offerings (5-series, E-class and A6), but with the upgrades for this year’s model it became that much better. This is the third generation of the CTS, a car which first debuted back in 2003. Back then it proved to be Cadillac’s saving grace. The great angular shapes and good price to performance ratio made it a success and the model which saved the company from any financial issues. The second version of the CTS came in 2008 when the CTS proved to be not only equal to the German luxury sedans, but a lot better in some regards. We all remember what the awesome CTS-V did to the Germans at the Nurburgring, effectively beating them at their own game.

The current CTS was first introduced in 2014 when it replaced the outdated second gen model which was in production for six years at that point. 2015 saw some minor improvements over the 2014 car, and they weren’t as thorough as the updates that come this year, for 2016 version. There are quite a few changes only to list them in one single sentence, so read on to find out more about each change in detail down below. 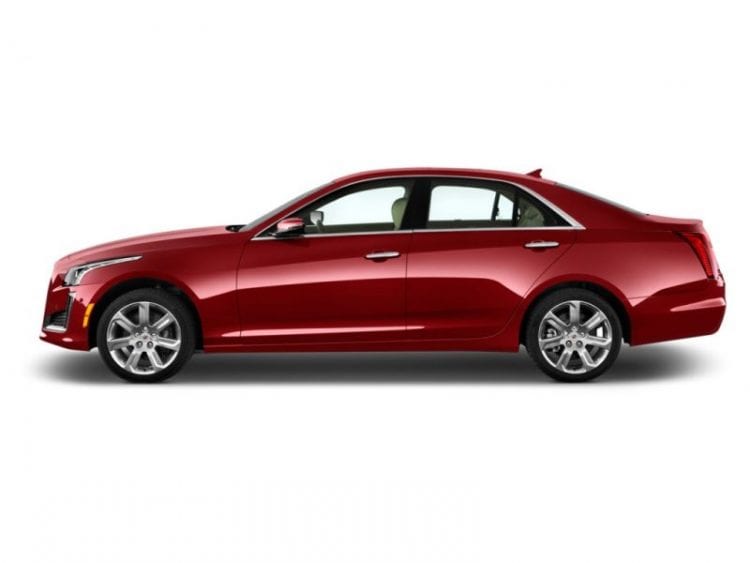 We have to start off with the exterior. The biggest news here is the front crest. The grille has been updated and has an altogether different look compared to last year’s vehicle. The emblem is obviously changed too. The vertical chrome lines have been deleted from the styling, leaving the front fascia a lot cleaner and less cluttered making it both more aggressive and refined at the same time. The brand new emblem looks to be a better match for the car’s lines and design than the old one ever was. The corners of the logo point outward, effectively creating an illusion of a bow which runs to the length of the hood. The lower portion of the front fascia remains identical to the 2014 model. 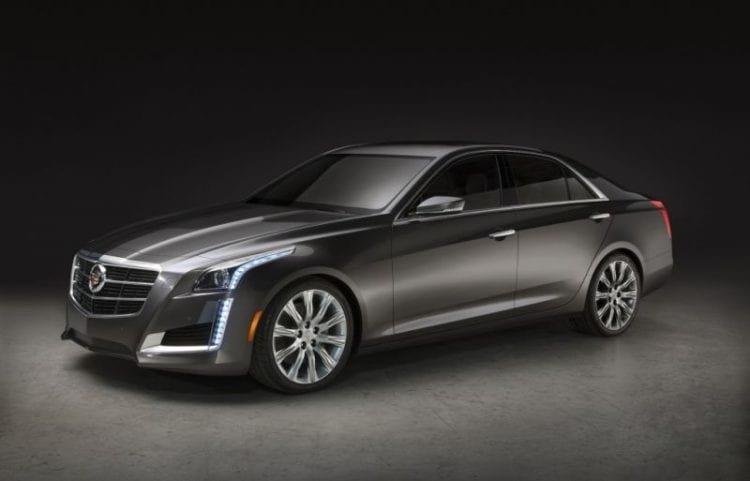 That’s basically it for the exterior. The rest of the CTS is the same as the 2015 model, effectively making it a carryover, at least for 2016 (if you ignore the changes we mentioned). We can’t fault the Cadillac. It’s still as good looking as the day it debuted, so we do not expect to see any major upgrades to already great looking and still a fresh vehicle. Nothing has faded or aged, at all. 2014 isn’t that far, to begin with, but we can already tell that this is a car that will age well over time. The sharp lines and somewhat aggressive but elegant design will always be a great look, no matter what year it is. For 2016 you also get three new colors and a brand new wheels option, 18-inch alloy. The colors, for anyone wondering, are Cocoa Bronze Metallic, Stellar Black Metallic, and Moonstone Metallic. 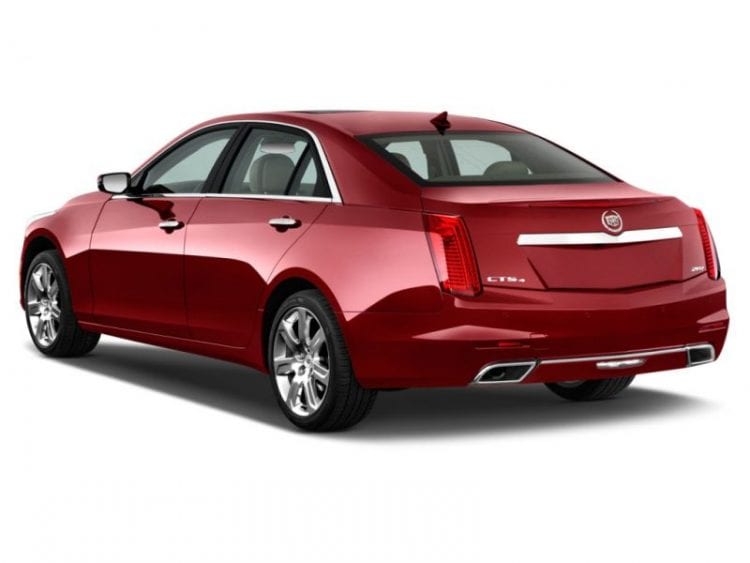 The interior sees a host of upgrades, much more than the exterior. Although most of these improvements are referring to the connectivity system and features in the vehicle, there are some physical upgrades as well. The OnStar system now has 4G LTE connectivity with built-in WiFi as standard. The CUE system (Cadillac’s infotainment system) gets new additions. There’s Text Message Alerts, to help keep the driver focused on the road and the perpendicular parking option can get the car into awkward and tricky spaces without any assistance needed from the driver. The Driver Awareness Package includes lane keep assist, and lane change assist too. 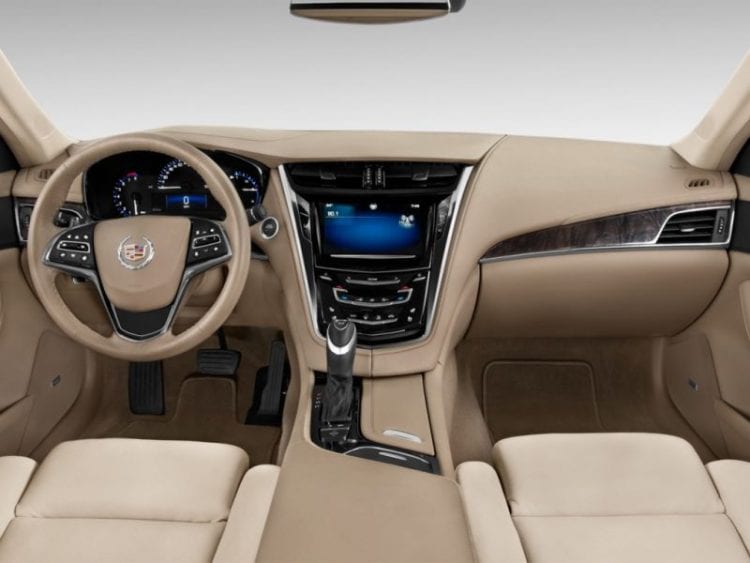 The changes to the interior’s color and trim are noticeable too. There are now eight interior color packages, each unique and different. Two of these bring two-tone setup while the rest offer single color. Whatever package you go for you’ll receive real wood, carbon fiber or aluminum trim panels, depending on your personal preference or package availability. There are leather seats as an option, with full, semi-aniline leather of great quality. The enormous 12.3-inch TFT screen in the center of the gauge cluster is still present in higher trim models. If you can’t afford it you’ll have to settle for a smaller 5.7-inch screen. It’s good too, but the massive 12.3 is what you want to see in this vehicle.

New for 2016 is a 360-degree camera system called Surround Vision. It essentially gives you a bird’s eye view of the car, helping you navigate your vehicle into tight spaces and difficult spots. It detects obstacles so naturally, and it also allows you to avoid them in its path. The CUE system gets Apple CarPlay and Android Auto integration for 2016, so there’s that as well. Last but not least, there are new interior choices to complement the exterior ones. The overall impression is that there are only small upgrades here, and you would be right to think that. What we do know that even minor improvements can make a big difference, and this is one of the best options in the sedan segment. 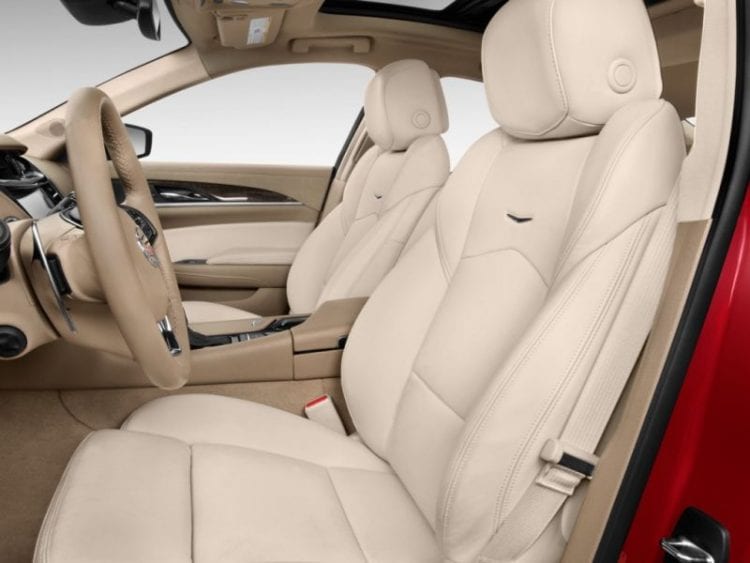 Although there’s effectively the same engines (plus a new one), most of these have had a tweak or two for improvement. The 2.0-liter four cylinder turbocharged petrol is now fitted with a start/stop system which helps increase fuel efficiency, especially in slow city driving. It does this by turning itself off if the car is stopped and the brake is applied. The 8L45 eight-speed auto with paddle shifters is new to the 2.0-liter unit as well. The gearbox has a wide 7.0:1 ratio with an extremely tall top gear. This helps reduce fuel consumption by as much as five percent on the highway and when driving slightly faster. Although it’s a much more complicated and sophisticated unit, the optimized packaging means it’s able to fit in the same space the old six-speed auto was.

The all-new option for 2016 is a 3.6-liter V6. It gets more power, is quieter, has the stop/start system and with the standard features such as direct injection and Active Fuel Management, it’s more refined than ever. It too gets the brand new transmission as the 2.0-liter unit. 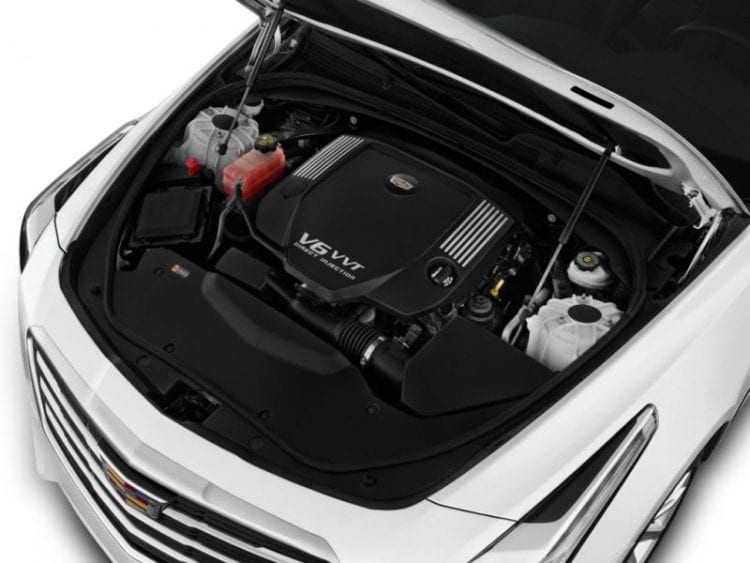 Power has been raised by 14 hp and torque by 10 lb-ft. This means that the engine is now outputting 335 hp and 285 lb-ft of torque. The 3.6-liter V6 in the CTS V-Sport meanwhile pumps out 420 hp and 430 lb-ft of torque, essentially remaining unchanged for 2016. The CTS V-Sport is an excellent balance between a standard CTS and the monstrous CTS-V.

Prices start at $45,560 but for that, you get the basic CTS with no extra options. Highest trim will be sold for $69,955, and you can be sure that it will offer some great features and most powerful engine.