It’s no secret that we love Cadillac. Let’s be real here, who doesn’t? They have stepped up their game so much in the last few years that it’s impossible not to like what they have in the lineup. Not only has the quality in the entire range gone up, but the various models filling out nearly every single niche possible has made a huge profit to them. And don’t even get us started on the ATS-V and CTS-V. They’re one of, if not the best cars in their respective segments at the moment. Well, we have some great news for you today. Get ready to like Cadillac even more.

After months, no scratch that… after years and years of spy shots and speculations, it’s finally official: the Cadillac CT6 is real, but not as what you might have expected it to be. See, first of all, it’s not a direct competitor to the German rivals. Yes, you read that right, it isn’t supposed to go against the S-Class, the A8, and the 7-Series. Yes, we know that the ATS and CTS are the rivals to 3-Series and 5-Series from Cadillac, but the CT6 isn’t like that. It’s much smaller than all of those. The car that’s supposed to compete with the cars mentioned above is the Cadillac CT8, which is position slightly above the CT6 and is a direct rival for the German offerings. So then, where does that leave the CT6? 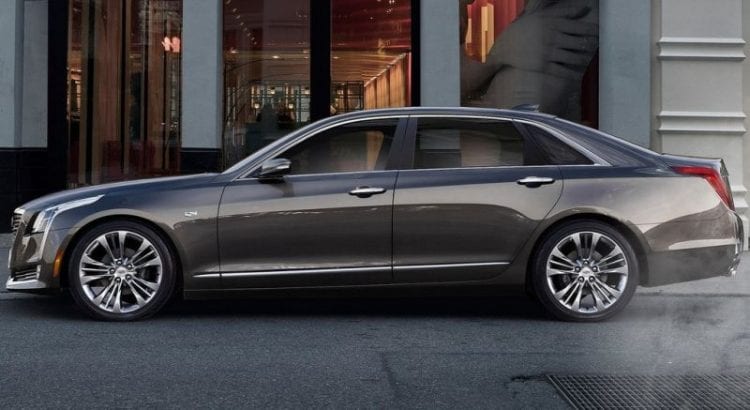 Well for starters, there could be a new segment. The CT6 is roughly the same length, and it has the same wheelbase as the 7-series short wheelbase, but in terms of weight, it’s more comparable to the 5-Series thanks to an aluminum platform. Has Cadillac found a niche segment or are they simply going to have a disaster on their hands with such an oddball? We don’t really know at the moment, that depends on a lot of factors. First of all, on the price. If it’s relatively affordable, we reckon it might be a big success. A car the size of a 7-series with the weight of a 5-Series at a good price? Who doesn’t want that in their right mind?

Although everyone thought that the CT6 would be based on the revolutionary Elmiraj Concept, it isn’t. Even GM’s design boss Ed Welburn stated that it wouldn’t be. The CT6 is more of an evolution rather than a revolution. It’s got the same design language and visual cues as the ATS and CTS, but it’s obviously much larger and has a charm of its own. Now while that is a slight letdown, especially since there was such a big hype around it, you can’t say that it isn’t a handsome car at the very least. We don’t know about you, but we can’t think of a single full-size luxury sedan that’s as good looking as the CT6 (and is currently on sale).

The front end has a very short overhang, stating the obvious: this is rear wheel driven vehicle. Because the accent falls mostly on the back, they had to give the front some touches. So, it has the same (similar) headlights and grille as the ATS and CTS, but it’s visually much larger. The front is beautifully sculpted we have to add. It gives a very strong appearance right away. The rear end is a bit toned down compared to the front end, but it’s gorgeous too. 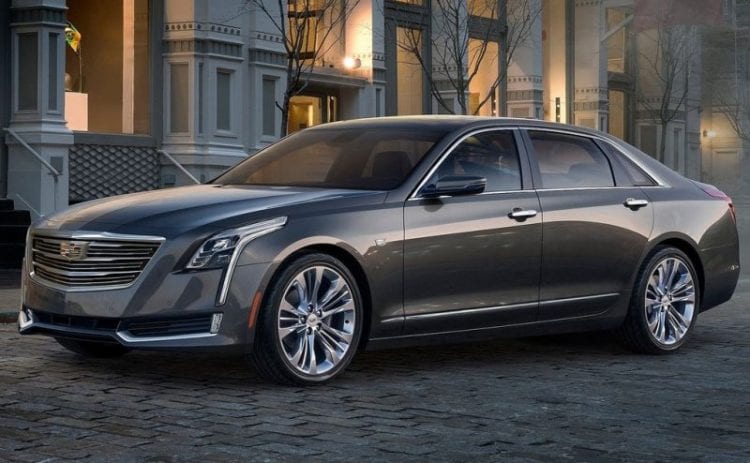 It’s the interior where this sedan shines really. Although the awful CUE infotainment system is present, it doesn’t stop the cabin from being one of the most enjoyable and beautiful things we’ve ever seen in a car’s interior. Cadillac claims that the CT6 has the best storage compartment options in its class and with a 2.2-liter center console storage volume on its own, we believe them. Now although this might not be that relevant since the name of the game here is the luxury, it certainly helps in making a strong case for selling lots of them.

The big news here are that Cadillac is introducing two brand new technologies to the car world: First is the ability to connect a video streaming device to the rear-seat infotainment system such as Hulu, Netflix or Youtube. Think of it as your TV at home. You can control all of it from your phone or tablet since it’s connected to the WiFi. The next feature is even more valuable. The CT6 records video from four outside cameras, and can potentially save you or your car. 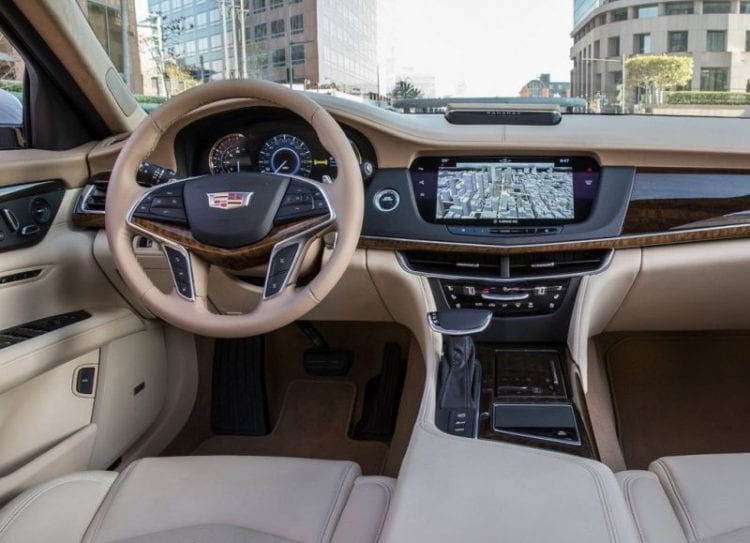 The hood hides a 3.0-liter V6 engine. Before you complain that it’s too weak, get this: the twin-turbochargers help it develop 400 hp and 400 lb-ft of torque. That’s more than enough to give you a shove in the back in this 3,700-pound sedan. There are no details regarding its efficiency and performances, but because the engine is new and sophisticated, plus the car is super light, we expect it to be really quick and economical as well. The engine is paired to an eight-speed automatic transmission making it that much better.

The car will go on sale in 2016, and we’re likely to see a 2.0-liter four-cylinder, as well as a 3.6-liter V6, join the lineup. Intelligent AWD will be standard with the twin-turbo V6. The CT6 will also come with the Magnetic Ride Control and for the first time in a Cadillac, Active Rear Steer. Now we did mention that this is a light car, much lighter than it looks and you would conclude due to its size. Add the active rear steer to that, and you’ve suddenly got yourself a very agile car. Mark our words on this one: The CT6 will be one of the most surprising cars, and we mean it in a good way. The dynamic capabilities will blow anything in its segment out of the water. 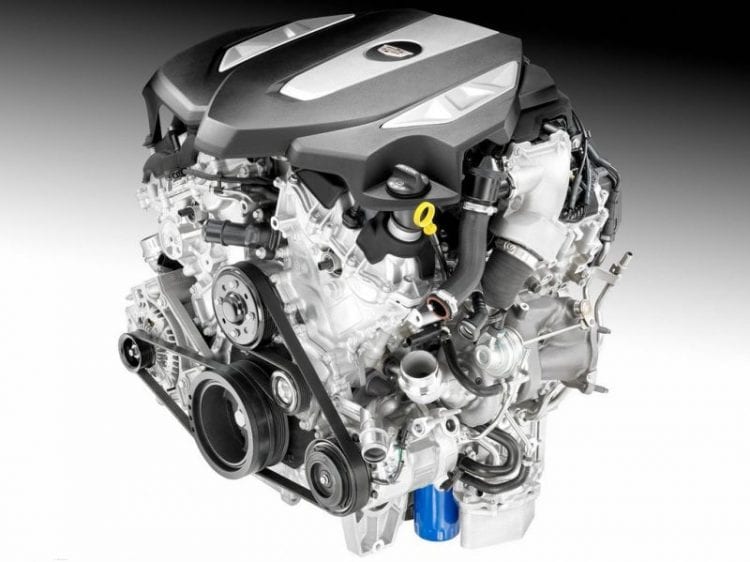