If you’ve been following the car industry in the last few years, you’ll know what a comeback Cadillac has made. Yes, the very same company that came close to bankruptcy not that long ago is now one of the strongest, range wise. The restyled CTS started it all, but it didn’t end there. Soon, the hot CTS-V came out, and everyone wanted a piece of it. Shortly after that the ATS and Escalade made an appearance on the scene with new faces, with the ATS being the brand new vehicle from the ground up.

For 2016, Cadillac decided an update for the smallest member of their family was in order. So, they fitted the ATS with an all-new unit, which we’ll discuss later on, a newer, much more efficient transmission and even a start-stop system on all engines. The interior sees a host of updates too, losing some outdated stuff in the process but gaining a whole lot of new-age tech to be competitive with main rivals.

It’s no secret that Cadillac has always been trying to enter the luxury sedan segment, and it always managed to fail spectacularly. The Catera, for instance, was a rebadged Opel Omega, which wasn’t that great of a car to start with. The Cimarron was loosely based on a Cavalier, that in itself made it a candidate for the worst car in the history of the automotive industry. The ATS changes all that. It’s not just a poor man’s 3-Series because it’s not that cheap but more importantly, it can go head to head with the Beemer and even trump it in some cases.

First of all, let’s talk about looks. You can think whatever you want of it, but the simple fact of the matter is this: It’s a much better-looking car than the 3-Series, only losing out to the jaw-dropping C-Class. Let’s further elaborate this, since we know some of you may share a different opinion, which is perfectly fine.

We can’t really fault it for looking similar to its bigger brother, the CTS since one look at the 3-Series and the C-Class show that they’re even closer to the E-Class and the 5-Series. Okay, the BMW is the one you can distinguish the most, but it’s also the one that’s the most predictable. It has kept most of its lines throughout its entire lifespan, whereas the Cadillac and Mercedes showed a drastic change from the old designs. 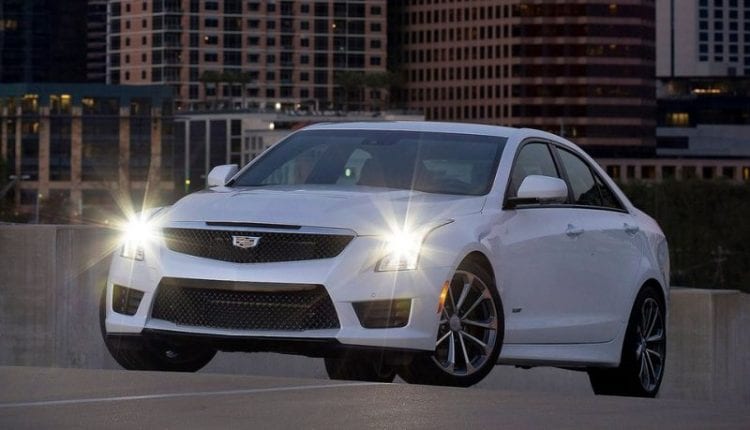 You’re unlikely to find an angle at which the ATS is anything less than aggressive. Most of the features and creases feature sharp and bold lines, in fact, most of the styling is square shapes and edges, having very little to do with round elements apart from the wheels maybe.

The front fascia is by far the best side of the car. The large beautifully contoured grille complements the mean looking angular lights very well. Even the lower part of the bumper, including the headlights, is spectacular looking, especially when compared to the competition. The side features the same sharp lines, although you can fault the rear a bit for not having anything distinct. Still, the large trunk lid mounted braking light is a nice touch. This is one handsome car by all accounts and no matter from which side you are looking at it. 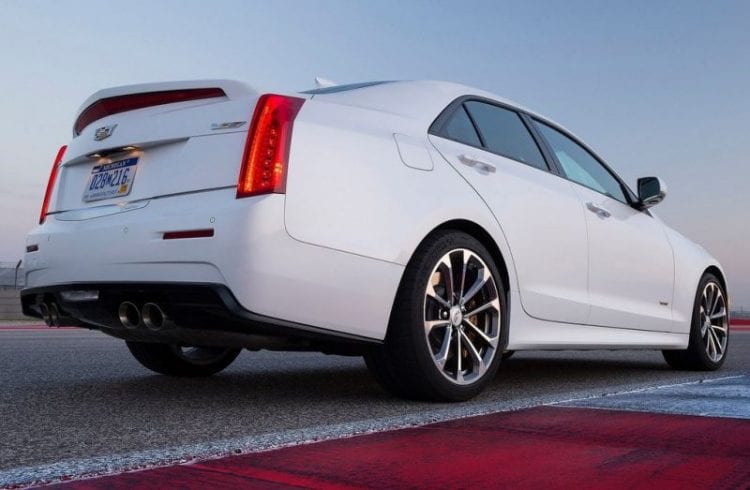 The interior has never been an issue for Cadillac, even in the older days. The new ATS is full of high-quality materials creating soft surfaces throughout the cabin. The only real drawback, if you can call it that, is a not up to level fit and finish, but we’re comparing it to BMW and Mercedes, effectively making it a really small “issue” (it’s merely an observation).

The real news here is the CUE infotainment interface, running on a rather large 8-inch touchscreen display. It’s user-friendly and ergonomic thanks to the way it works. Simply, you can tap it, swipe it or zoom with two fingers, making it all too familiar to use thanks to the popularity of modern smartphones. It really is no harder to use than a smartphone, which is a great thing. It may be difficult at first, especially if you’re not an avid gadget user, but it soon becomes common practice. 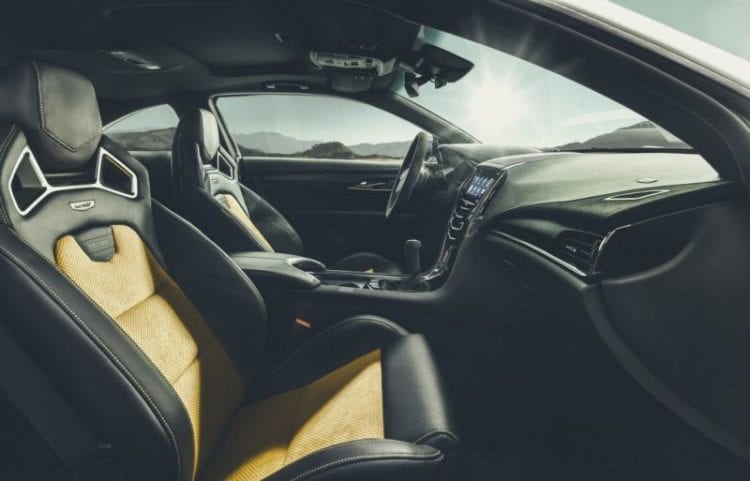 There are three engine options for the 2016 Cadillac ATS. All of these come with the new eight-speed auto we talked about (replacing the old six-speed unit) and rear-wheel drive, just like the Germans, and any self-claimed performance sedan.

The standard engine is the 2.5-liter four cylinder with 202 horsepower and 181 lb-ft of torque. It returns 26 miles per gallon on the combined cycle.

The next in line is a slightly smaller in capacity, 2.0-liter four-cylinder, which thanks to a turbocharger develops 272 horsepower and 295 pound-feet of torque. It comes with the option of an all-wheel-drive system while the six-speed manual can be chosen but only if it is rear-wheel driven. The automatic-equipped 2.0T returns 26 mpg on the combined run, while the manual one manages 23. If the auto is all-wheel drive, expect 25 mpg which is still a great result. 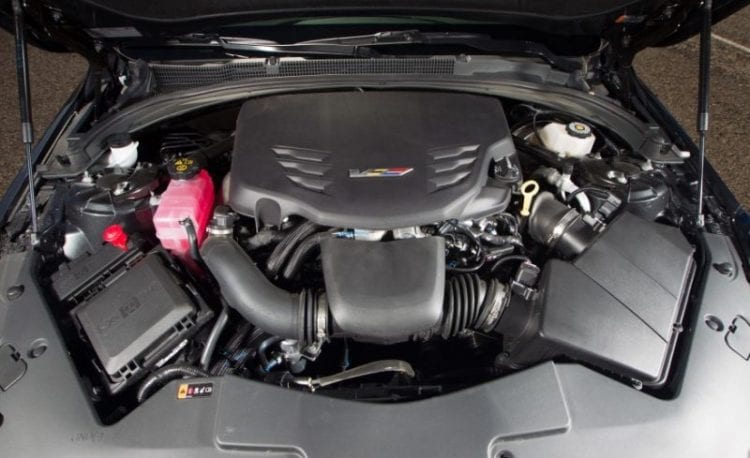 The most potent engine is the 3.6-liter V6 powerplant. It’s good for 333 horsepower and 285 pound-feet of torque, and it too can be fitted with an all-wheel drive system. It supposedly manages to return 24/22 mpg depending if its rear or all-wheel drive, but we think that those figures might go down by 1-2 mpg in real world driving.

These engines are great no doubt, but the driving dynamics of the ATS are its party piece. The ride is poised, and the car feels very balanced, even in fast changes of direction. The steering is quick and responsive, and surprisingly even offers more feedback than some of the German competitors. The brakes don’t fade and have an excellent feel, just as they should.

We really can’t praise the ATS enough. If you have your eyes set on a performance luxury sedan, we strongly recommend you check out the ATS. If the budget allows it, take a drive in the ATS-V. We guarantee you’ll like it. The standard ATS starts out at $33,215 and tops out at $49,210 for the Premium Collection AWD model.