Quite often a lot of the vehicles unveiled at the Shanghai Motor Show have very little to do with the rest of the world as they mostly cover cars specifically made for the Chinese markets. We’ve seen the likes of Audi and BMW unveil special long editions of their flagship models specifically for the China and most of that action happens in Shanghai. Amongst all the cars introduced last year, the last thing anyone expected to see was a model from Buick, but that’s exactly what happened.

That’s right, 2015 saw the debut of the 2016 Buick Verano. A car which gives U.S. buyers an insight into the future of this company, as it’s a car that will most probably reach U.S. shores in one way or another. The first two years for the Verano proved to be great, but the addition of some great competitors saw it drop back to fourth place in terms of sales for last year. Some updates and major upgrades were obviously in order then.

Although the 2016 model was first announced as a China-bound vehicle, Buick later announced that the Verano would see the light of day even in the U.S. Despite the fact that most car shows were over for last year, Buick managed to squeeze an announcement and a debut of the Verano for the American market. We saw the Verano on U.S. shores for the first time at the LA Auto Show in 2015 where it drew quite a lot of attention. 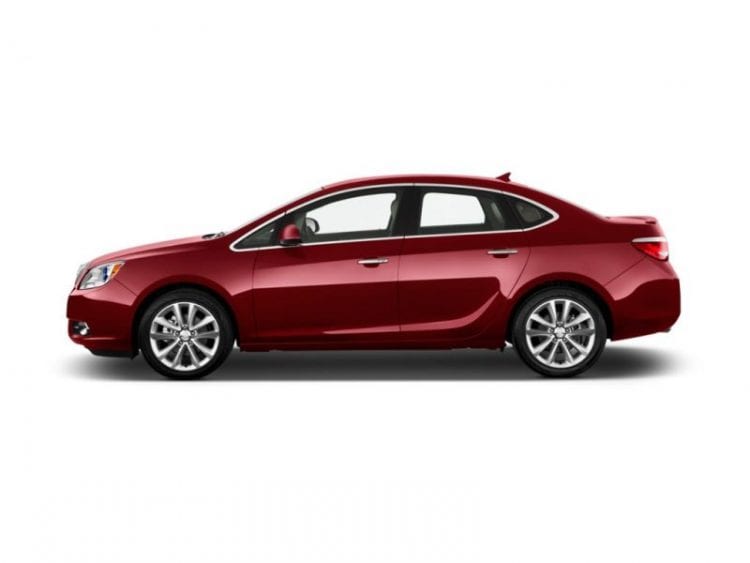 The biggest critique for the old car was the way it looked. Lots of people found it hard to like that car, let alone love it. The rather uninspiring looks and dull appearance made it simply a non-viable choice for some people. The new one aimed to fix that problem and boy did it deliver.

The front end is perhaps the best part of the car. It’s very striking and expressive. The horizontal headlights are nicely integrated with Buick’s “waterfall” grille, a signature trademark for them by now. It represents the biggest portion of the front fascia, only being contested by the large LED headlights. It’s aggressive but not really in attack mode, more like a dignified car with presence. We quite like that. 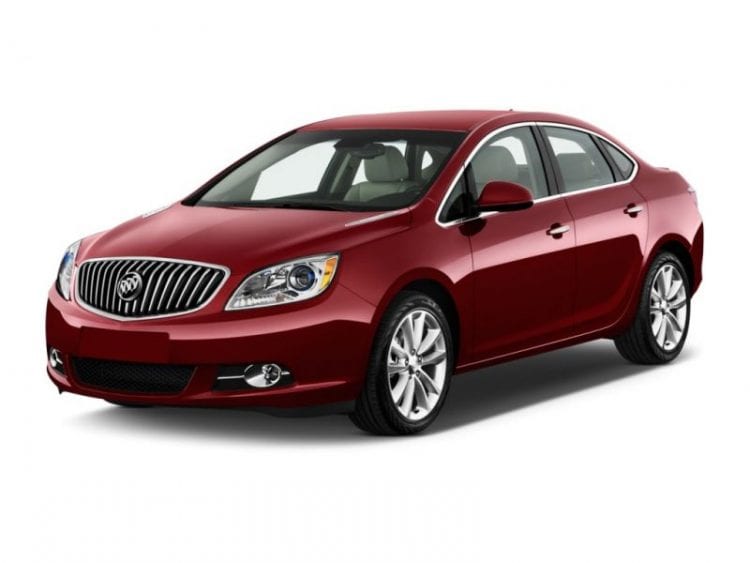 The rear sees larger taillights with LED technology as well as integrated exhaust tips. It’s a much cleaner design overall, and one that brings the Verano that much closer to the luxury segment. Pictures don’t do the car justice. On first look, we thought the rear lights were too big but in real life, they aren’t. The hood vents seem to be weirdly position on pictures, but again, the real world proved it to be otherwise. They look really pleasing and are fully functional on the Verano.

If there’s one complaint, it would have to be that the Verano seems a bit too similar with the new Chevrolet Cruze, especially in the lower parts of the fascias. But that’s a bit expected at the segment and price point we’re at so we’ll let that one slide. For the especially stylish people out there, there are now three more color options making for a broader palette of colors and possibility to get a unique vehicle or at least to be different from a fleet of similar models. 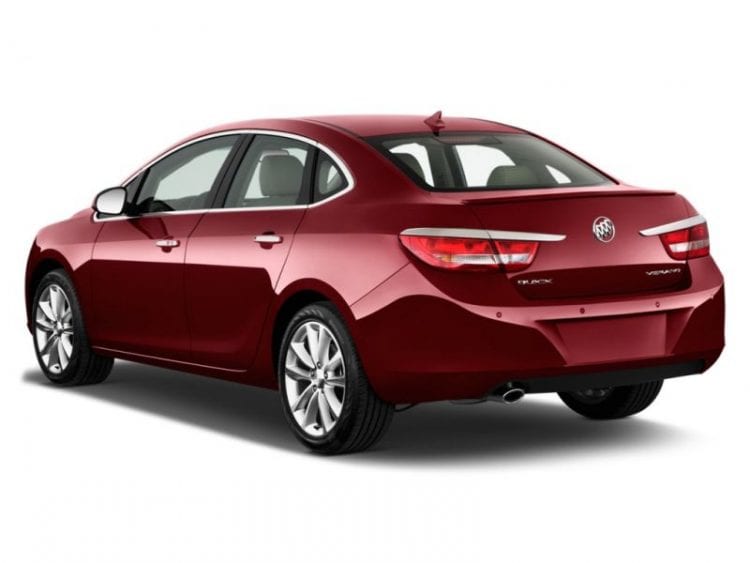 The interior is the Verano’s party piece. Simply put it doesn’t correspond with the segment the car’s in, but in a good way. We went in with low expectations disappointed by previous Buick attempts, but wow were we in for a shock. It’s a really pleasant, inviting cabin which simply screams quality. There are no more bad or harsh surfaces as everything you touch and feel is of high-quality and pleasant. They paid certain attention to the details and it shows in the fit and finish of the cabin too. 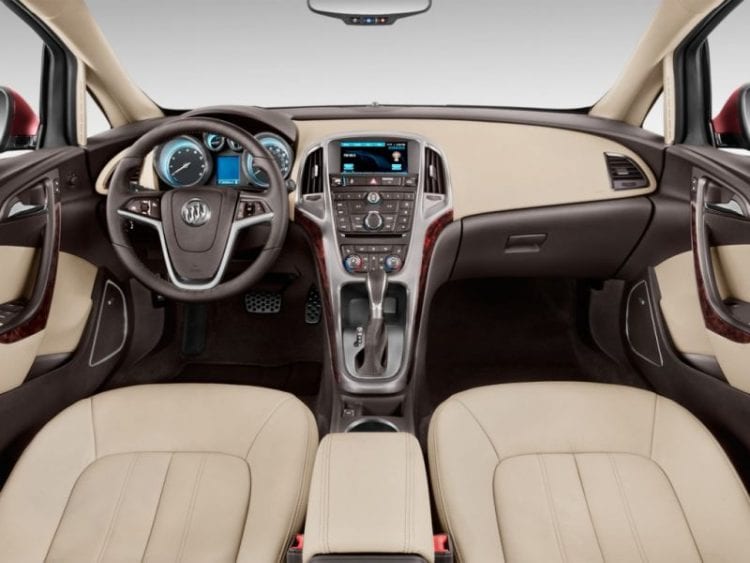 The configuration of the dashboard is cluster-free too. It’s simple and elegant, just what you want. It’s a minimalistic design and approach but one that suits the car’s character. The buttons are ergonomically placed, and everything is easy to understand and read. This very well might be the simplest Buick to learn and use. It’s certainly user-friendly in more ways than one.

One technology we found especially to our liking was the QuietTuning. It essentially means the Verano is equipped with laminated glass and triple door seals. All of this combined results in a really quiet and well-isolated cabin. It does protect you from most of the outside noises as well as the car’s engine and tire noise. 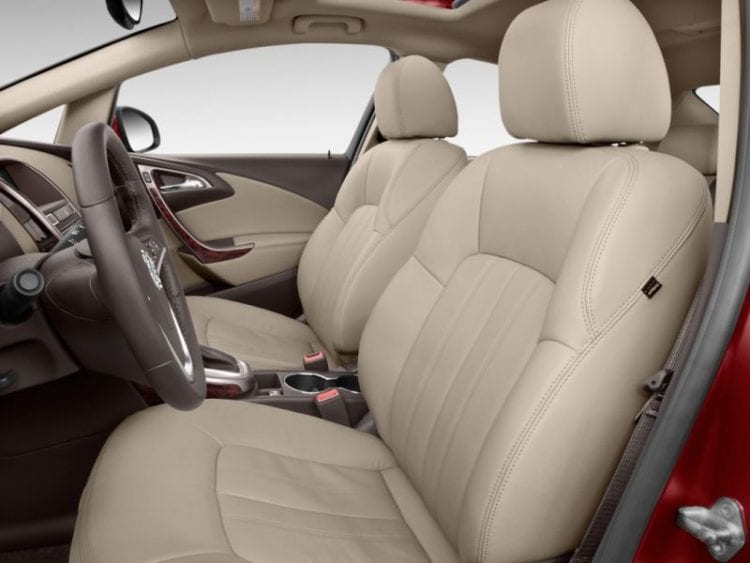 There’s enough of a difference between them to consider which one you want to go for really. The 2.4 is naturally still the base option, and while its direct injection and variable valve timing do give it great power, it’s still not that powerful or economical. It returns 21/32 miles per gallon for the city/highway respectively. The reason for the slightly lower fuel economy figures could be down to the old six-speed auto instead of the new seven-speed DCT being used.

The Ecoboost engine is a rival for some of the competition’s V6 models, a strong pointer as to how good it is. Efficiency is the same if not better than with the 2.4 unit, giving, even more, credit to the 2.0. If you weren’t convinced enough then we’ll say it: Go for the 2.0 Ecoboost as it really is the better engine option. One more plus is the optional six-speed manual, something unavailable on cars coming with 2.4 unit. 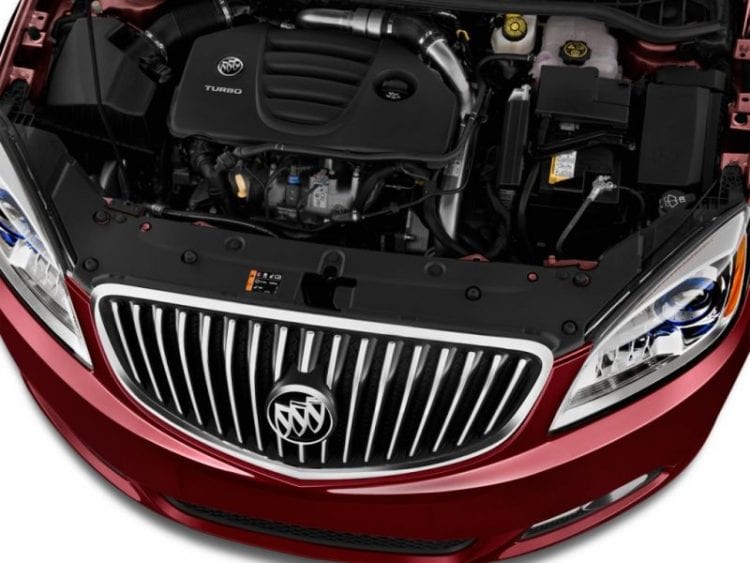 With a starting price of just $21,000 the Verano is a great choice. Not just for its segment but overall. If you have your mind set on it, we suggest spending a few thousand more and getting the Ecoboost engine as well as all the toys and gadgets. That way you get a luxurious, fast and tech-loaded sedan.