Once again 2016 is proving to be a big year for a lot of car manufacturers, Buick included. Yes, this year sees a lot of changes in the Buick range, but also the addition of a few new models. Granted, most of them are re-badged Opels or Vauxhalls, but that doesn’t make the feat less impressive. With more products and better ones at that, Buick is opening the door to a wider and much younger audience. That is really good for a brand which has recently been on the tightrope.

The Cascada is an all-new model for Buick, and it’s actually the first car featuring an open-top to come out of a Buick factory since 1990 when we saw the Reatta Convertible. The Cascada was unveiled at the NA International Auto Show, and for the most part, it received positive feedback.

People knowing that it’s actually a car that’s been on sale for three years in Europe and Australia did criticize it for essentially remaining the same vehicle from three years ago but none the less, it’s here. While the prospect of a mid-facelift for the European counterpart is scheduled for early 2016, the same time this car goes on sale in the U.S., Buick claims it shouldn’t put away anyone from buying the Cascada as it’s still a great choice. 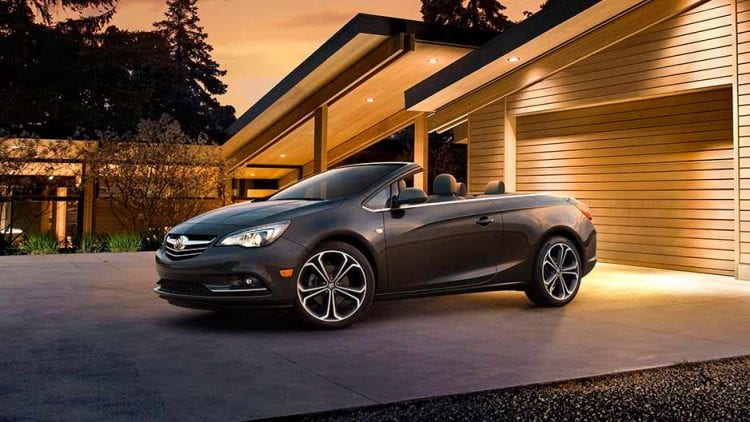 Starting with the exterior, we encounter a relatively familiar design, one we know all too well from the European Astra. As such, the Cascada will be the only vehicle in the entire Buick lineup to not have the “waterfall” grille on its front fascia. This is a bit ironic considering the word “Cascada” actually means waterfall in Spanish. With all that said, the Cascada is essentially an Astra with a redesigned grille and a different badge (tri-shield emblems).

Now you might be thinking: Well isn’t that going to offset Buick’s visual design on its range? Well, truth be told, no. The Cascada isn’t the only vehicle to be a rebadged Opel or Vauxhall, and thus it fits rather nicely with the Buick (or should we say Opel) visual direction.

Although it isn’t technically a Buick, it doesn’t mean it can’t resemble one. Even with the traditional front grille missing on the Cascada, it still manages to represent the Buick company somewhat. The wedge-like profile view is further enhanced with the sloped A-pillar, forming a familiar shape found on other Buicks. 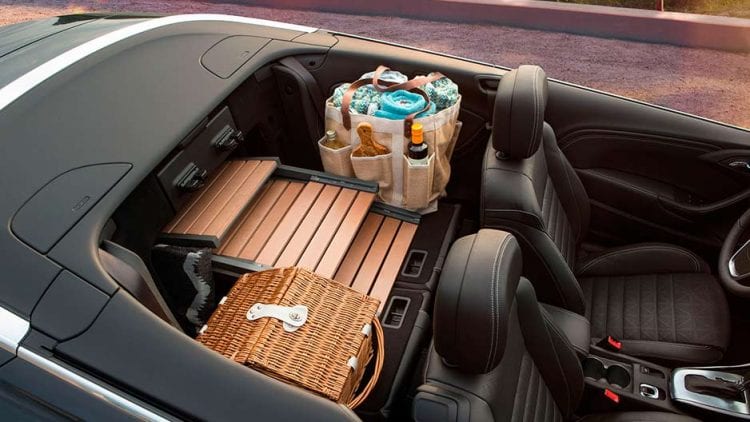 The company claims the Cascada has been designed to be a convertible from the start but the side view and the fact that the Astra started life as a closed-top vehicle suggests otherwise. The rear end sees two gorgeous wing-shaped taillights which feature LED technology. They are connected via a small chrome strip, stretching from one to the other. It’s not much, but it does break apart the back end visually, plus it’s a nice element adding to the car’s quality.

The interior is exactly the same as that of the European and Australian counterparts. Nothing new has been introduced, and there are no visual or mechanical changes, but it’s not bad considering how good its counterparts fair in their own markets. The Cascada benefits from a lot of high-quality materials which are soft to the touch and really pleasant to look at. Sure it’s not a luxury vehicle so don’t expect too much but in all honesty for the price you’re paying, it’s hard to find a car with interiors as decent as the one you get here. 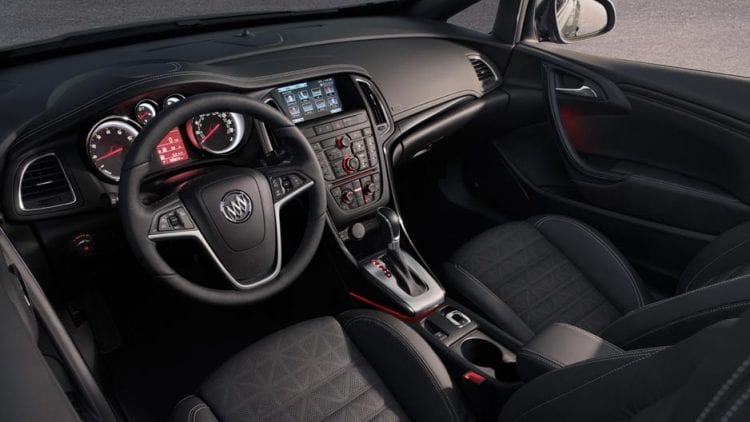 All of the seats are comfortable despite lacking a bit in the lateral support segment. The seats themselves are really soft, and at times it almost seems like they are specially molded for your body. We should mention that they are heated and so is the steering wheel. Naturally, this is only for the front ones, and the rears do get the option to be folded down automatically, largely expanding the cargo space. Speaking of cargo space, it’s 9.8 cubic feet when the top is down and 13.4 when the roof is up.

The soft-top is actually built from multiple layers of materials providing thermal as well as acoustic protection. The rear deck storage has a special opening which folds (opens) backward. The front seats move forward automatically to allow passengers to get into the rear ones and after that, the front seat belts also extend automatically via a telescopic arm, something seen mostly on a lot more expensive vehicles.

The hood houses a 1.6-liter engine from the get go, but a more powerful option may be added later. It’s a turbocharged four-cylinder unit capable of producing 200 hp and 206 lb-ft of torque. It does have an over boost option capable of increasing that torque figure to 221 lb-ft. The engine is mated to a six-speed auto transmission, and sadly there’s no manual option so all you purist enthusiasts out there might come off a bit disappointed.

The front suspension is a MacPherson HiPer Strut just like the one on the Regal and the Lacrosse. A rear is a semi-rigid option with a Watts Z-link making it behave somewhat like an independent suspension. Other standard features include power steering, ABS, stability control, traction control and all the usual array of safety systems. 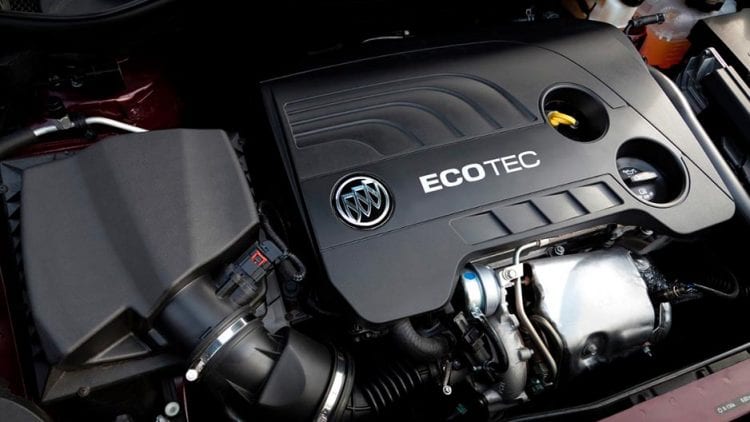 Power figures are actually solid. This is a soft-top small hatch which will easily hit 60 miles per hour in 8.4 seconds. It may not be a match for some of the more powerful vehicles in the segment, but the 1.6 unit does move the Cascada along without any effort whatsoever. It’s smooth and refined and pulls at any speed in any gear thanks to the massive torque from the turbocharged unit.

Let’s get back to that roof for a bit. It can lower in 17 seconds but takes 19 to raise. It can be deployed or lowered at speeds up to 31 mph, a nice plus for any convertible. 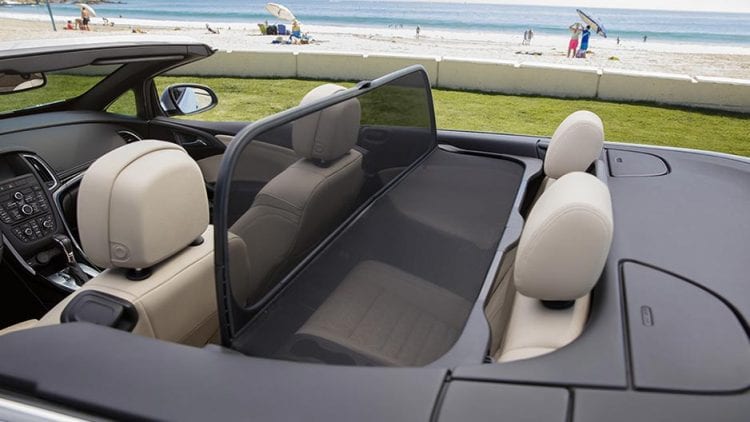 The base model starts at $33,990 and it’s absolutely loaded with toys and gadgets. The top-of-the-line trim is the Premium which sits at around $36,990, but we wouldn’t bother with it since the standard Cascada is good as it is.