The BMW X5 has always been the number one go-to choice when it comes to large luxury SUVs. If you wanted it to be a sporty SUV too then you really didn’t have any other choice anyway. For 2016 the BMW X5 gets a new xDrive40e hybrid model which is a plug-in and a few small tweaks. A brand new X5 is set to arrive somewhere around 2018 so for now if you’ve had your mind set on the X5 don’t hesitate at all.

When it comes to the SUVs, most put the major emphasis on the utility part of the vehicle rather than the sporty. This isn’t a problem for most people as they generally only want an SUV for the utility purposes and not the sporty ones, but there’s a big portion of the market which demands sportier SUVs. Queue the X5. 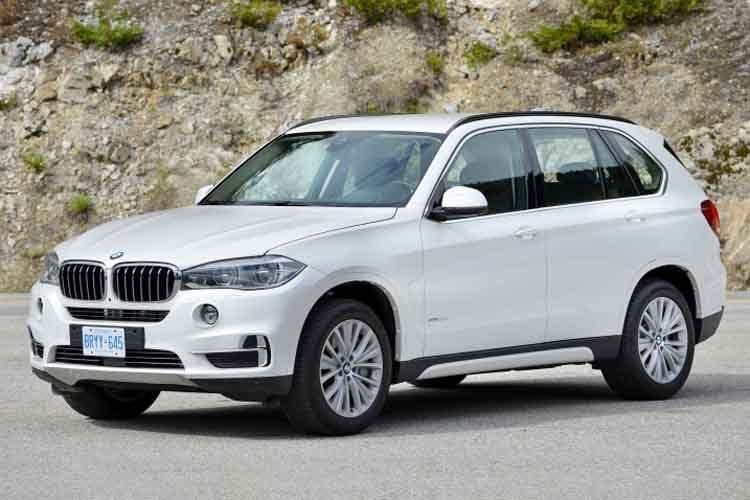 It has always been the class leader in terms of driving capabilities, and only a handful of SUVs have gotten even remotely close to dethroning it.

For buyers looking for the ultimate sporty SUV there’s always the BMW X5 M, arguably one of the maddest creations to come out of the M division at BMW.

The BMW X5 is a large SUV with seating for five. It’s essentially offered in three main trims (plus the new hybrid introduced): 35i, 35d and the 50i. What those numbers indicate is the engine variant.

Cars with all-wheel drive will have “xDrive” badging and an xDrive added to their name. The 35i is the only model to be offered with rear-wheel drive alone, dubbed the sDrive. 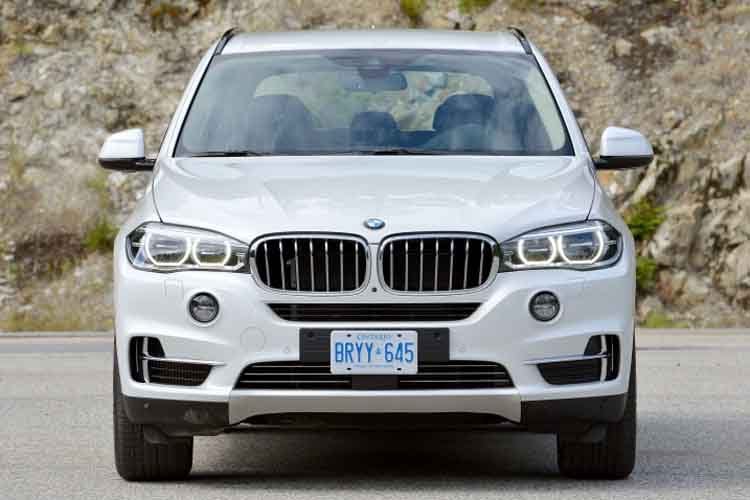 The electronic side of things sees BMW Assist, a large 10.2 inch display, Bluetooth connectivity, audio connectivity, a navigation system with voice controls and the iDrive controller. There’s also a high-quality sound system with nine speakers, an USB interface and an aux audio jack. 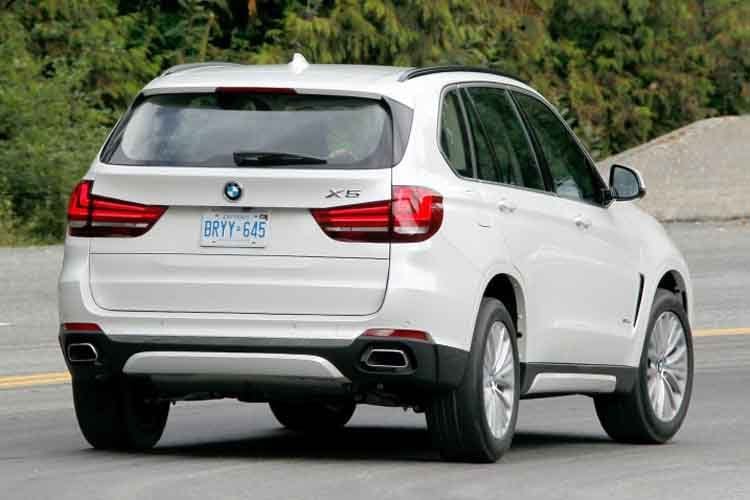 The higher spec xDrive50i has got almost the same equipment plus 19-inch alloys, keyless ignition and entry, leather upholstery, 16 –way power adjustable front seats as well as a rearview camera.

This is a BMW after all so it’s no surprise that there are a ton of packages you can go for which add a variety of features. The first one is the Premium package. It adds keyless ignition and entry, a climate control with four zones, leather upholstery and satellite radio.

Go for the Luxury seating package and you will get multicontoured front seats and added ventilation. The Cold Weather package is nice if you live somewhere colder as you do get heated rear seats and a heated steering wheel.

If you want the maximum safety and control you might want to go for the Driver Assistance package which adds a rearview camera, head-up display and a few other systems.

The Driver Assistance Plus package brings adaptive cruise control to the table as well as a host of other safety systems designed to keep you and your occupants safe at all times. 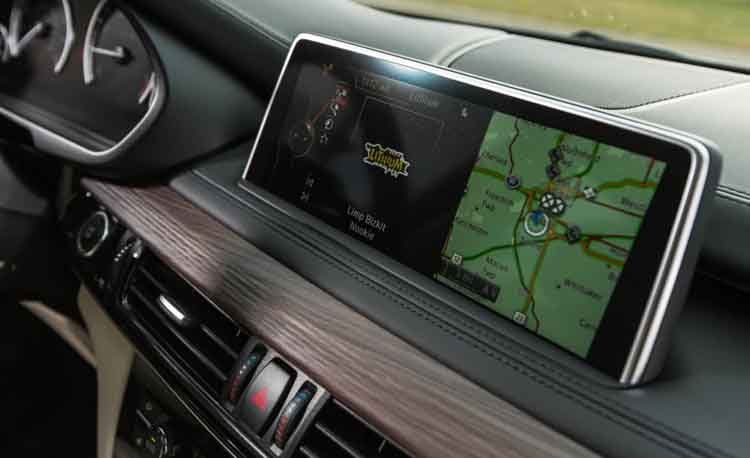 They monitor almost everything the car does and react upon it. The package we’re most fond to is the Dynamic Handling package (available on the xDrive models only), and it brings body roll mitigation as well as the all-wheel drive system to the table. Adjustable suspension dampers are optional too and are bundled with rear air suspension.

The interior is elegant and traditional BMW. Only high-quality materials have been used and the fit and finish is standard BMW which is to say exceptional. From the moment you enter the cabin you’re greeted by unprecedented levels of luxury and comfort. 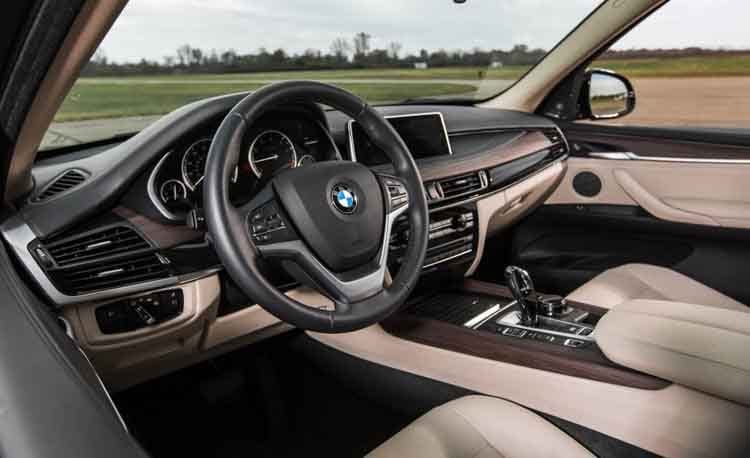 The gauges behind the steering wheel are all sharp and clear, making them easy to read and understand. The front seats are ideally shaped and can be adjust to fit multiple types of body styles and sizes. The optional multicontoured seats are amongst the best seats to be fitted to any vehicle not just an SUV.

The iDrive system works well enough once you get to know it. It’s not that difficult to actually use it but with so many options on tap you can get lost very easily if you don’t know what you’re looking for or where to find it. 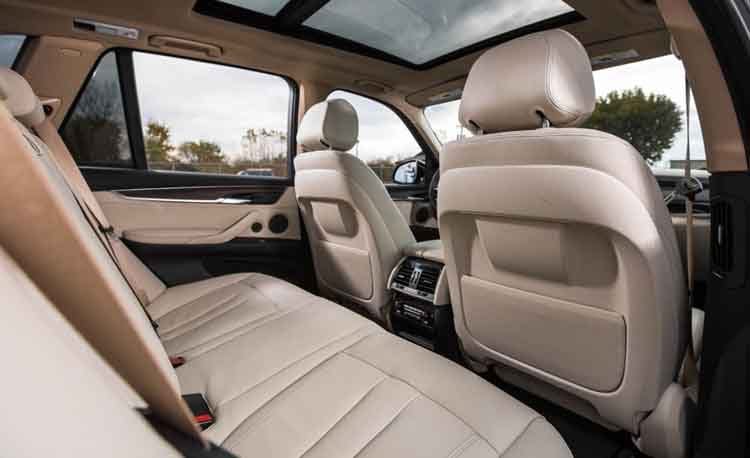 Once you do get to use it a few times and get some practice underneath your belt it becomes second nature however. It’s user friendly and fast to respond with no noticeable lag.

The main issue with it is that some interfaces from rivals are easier to understand right from the get-go.

The 35i can be had in sDrive or xDrive form (rear-wheel or all-wheel drive). It’s got a 3.0 liter turbocharged straight six-cylinder with 300 hp and 300 lb-ft of torque. Just like the rest of the lineup it too comes with the eight-speed automatic gearbox.

The xDrive features have hill descent controls as well. It returns 22 mpg on the combined run and can reach 60 miles per hour in around 6.2 seconds, putting it at the top of its class. 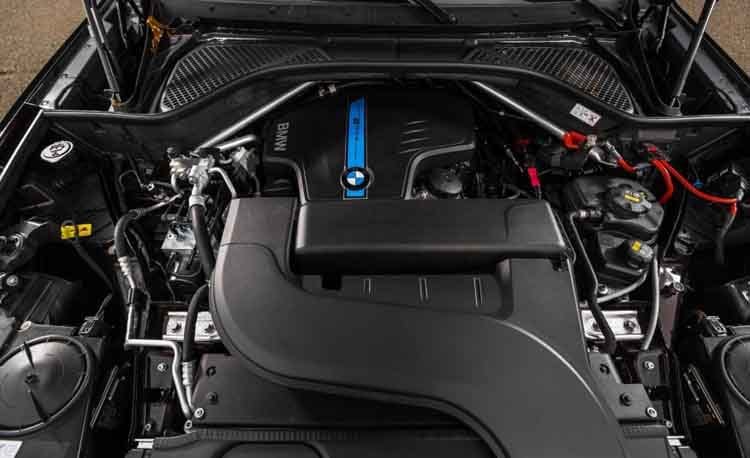 The 35d gets a turbocharged 3.0 liter straight-6 diesel with 255 horsepower and 413 pound-feet of torque.

It manages to return an impressive 27 miles per gallon on the combined run while also reaching 60 miles per hour in 6.7 seconds, an astonishing time for such a large diesel SUV.

The top of the line (below the X5 M) 50i gets a 4.4 liter V8 developing 445 horsepower and 480 pound-feet of torque thanks to a turbocharger strapped to it.

Prices for the X5 being at $54,700 although once you start adding options that figure can skyrocket to almost 100k.