The all-new BMW 7 Series has been released back at the start of 2015 as the first car to use BMW’s all new CLAR platform. On the 7 Series, this highly modular platform features a carbon fiber core instead of aluminum. This allowed BMW to shed more than 200 pounds of weight which make the car one of the lighter models in its class. Another benefit of the carbon fiber is increased strength and even it now comes with lower weight this chassis is far stronger. So far they have released pretty much all versions. However, there are still some that are missing from markets like the US or Europe. The 2016 BMW 750Li has been rumored to be released by the end of 2015, so we do expect it to come during the next few months.

Unfortunately, though, BMW decided to keep the long wheelbase model just for the Chinese market, at least for now. The car will definitely hit the US market by the end of the year as there is quite a large demand for it. Also, without this model, BMW would likely have a tough time beating the S-Class. The price for this particular model will start around $99,000 but with a few options, the car will easily get past $120,000. Before you say that this is too much check out the impressive features list and what this vehicle offers.

Both price and features list are pretty much in line with most of its rivals. The good part is that the BMW is the most advanced of the bunch, and it does feature the latest technologies. As we mentioned above, it probably has one of the most impressive chassis ever fitted to a car this size.

Even though people who buy cars these expensive don’t usually care about fuel efficiency, BMW does. This means that the future 2016 BMW 750Li will be one of the most efficient cars out there. How? Well, not only it will feature a highly efficient engine, but it will also offer a lot of neat features to aid its fuel efficiency. The already well known BMW kidney grille will feature active shutters while the car will feature active air intakes for brake and engine cooling in the lower bumper. When closed, these will improve aerodynamics that results in better fuel efficiency quite a bit. On top of that the car is light; very light. The front fenders will be made out of plastic while the trunk and door skin employed aluminum.

The lightness won’t have to take anything from the comfort of its passengers, though. Being the long wheelbase model, the 750Li will come with a quite a bit more rear legroom than before. On top of that BMW is expected to release a special edition of the model with four individual seats. This will offer reclining rear seats that will be heated and cooled. On top of that, they may even install a new command console at the back to allow the passengers to communicate with the driver with ease. Through this console, you will be able to control most in-car systems and create a best possible environment for yourself. 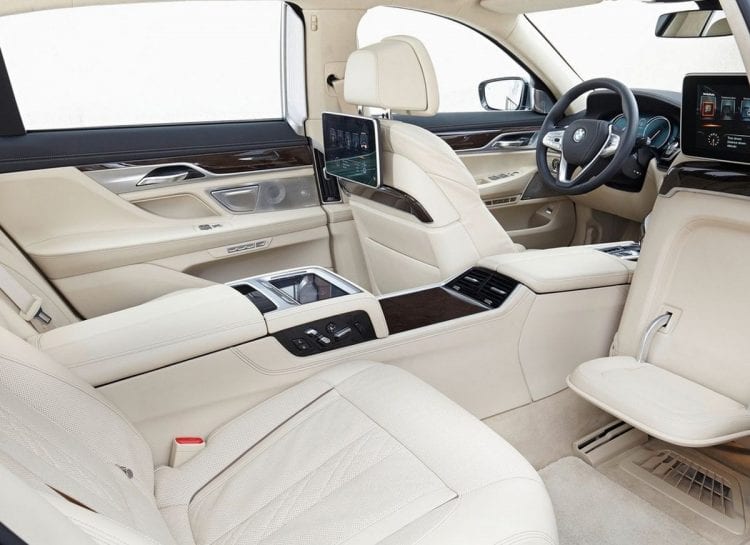 Like with the regular 750i, the upcoming 2016 BMW 750Li is going to feature a 4.4-liter twin-turbocharged V8 beast. This will offer 445 horsepower and 480 lb-ft of torque and it should allow the car to hit 60 MPH in around 4.5 seconds. The top speed will be limited to 155 MPH like with most other cars in its class. The already well known eight-speed automatic gearbox made by ZF is going to be installed on the car. Some markets will receive the 750Li with rear wheel drive only, but the all-wheel drive will be optional.

The US market, on the other hand, is expected to receive only the all-wheel-drive model which is a shame as it adds extra weight which will make the car feel a bit heavier for sure. However, despite that the V8 engine should have no problems at making the driver happy. The passengers will benefit from the plush ride thanks to the standard air suspension and highly modular rear seats. Obviously, in vehicles like this, one of the most important things is the comfort and luxury. Both of these are plenty in 750Li. 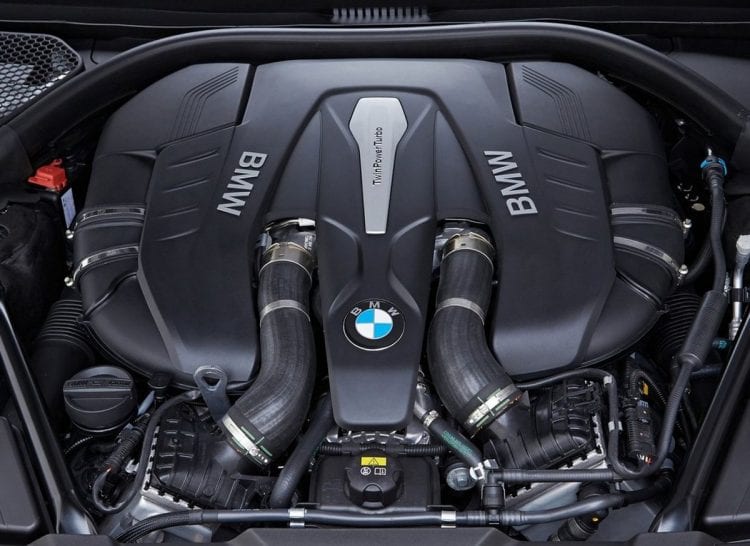