BMW 7 Series have been one of the popular line-ups in the history: they have been around for more than forty years now and underwent five redesigns so far. Even though the latest revision of the model has been implemented just a year ago, the company already thought it was time for the new one to be released. Indeed, the latest 2016 BMW 7 Series will be a spectacular vehicle because it was redesigned from top to bottom to be perfect in just about every way. For example, the use of lighter but strong materials allowed decreasing the total mass by around 190 pounds while the cabin has gained a number of rather impressive features, such as new touch display, tablet, sound system, and, more importantly, revised engines under the hood.

Some reviewers have already named the new 7 Series as the Ultimate sedan with one of the greatest designs. Well, they’ve got a point here because the vehicle has panoramic roof Sky Lounge and very upscale interior and even automatic parking function. Many more other exciting things wait for us in this vehicle, so let’s get to review. 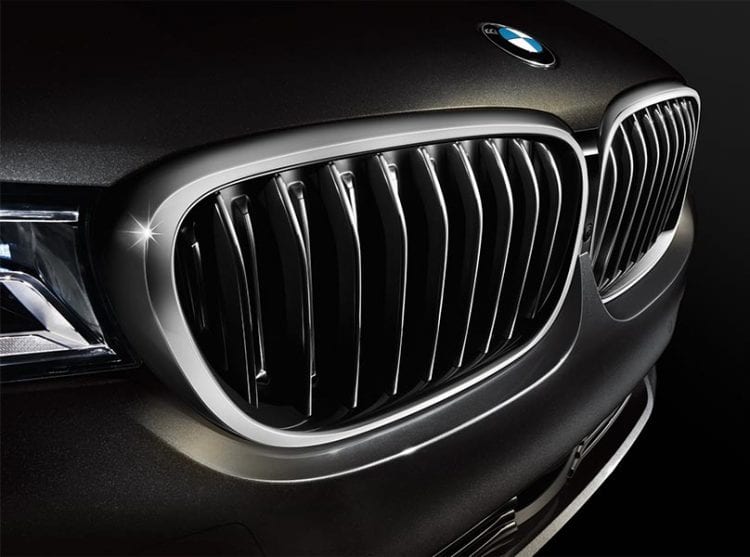 The design of the new 2016 BMW 7 Series is very similar to the predecessors but we do not mind it a bit because BMW knows its business when it comes to design. Essentially, the exterior is the combination of the latest design language of BMW and current 7 Series styling. The front of the vehicle has several new elements, including headlights that become narrower and wider. The entire front now looks more aggressive thanks to the fascia, which is lower than in the previous model.

The side view of the vehicle has maintained the style language of the current version. The only noticeable new element is the chrome accent line, which is now placed lower than previously. Looking at the rear of the vehicle, we saw that the taillights were changed along with the exhaust outlets.

The design of the interior is perhaps the biggest news about the model. Given that it is positioned as a luxury sedan, the materials used in the cabin are high-quality and really expensive. Moreover, the designers have provided a lot of room for both front and rear passengers; for example, legroom was increased to 41.4 inches while the second row will enjoy 44.4 inches. Next, the headroom was also increased to 39.9 inches even with the moonroof, which will make the ride very comfortable even for tall persons. By the way, the moonroof is standard on all BMW 7 Series.

There is a lot of high tech stuff is packed inside the cabin as well. As we mentioned before, 7 Series received a new display, a 7-inch tablet with beautiful graphics that allows controlling everything, and premium sound system. The latter is the state-of-the-art unit that has 16 speakers located throughout the cabin and it is manufactured by Bowers & Wilkins.

The last thing that should be mentioned is that the manufacturer will offer great customization options for the customers, which means that the cabin can be made in accordance with personal preferences.

There are two main configurations of 7 Series: 750i xDrive and 740i. The latter will be available in rear-wheel-drive while the first one will most likely to feature all-wheel-drive system. According to the manufacturer, the 2016 740i will be equipped with the same engine featured on the previous generation: 3.0-liter unit. However, the horsepower gets increased to 320 units as well as torque, which now reads 330 lb-ft.

The second model, 750i xDrive will be powered by the revisited 4.4-liter V8 engine that has a number of new elements, including an intake manifold and a couple of TwinScroll turbochargers. The engine is supposed to have a higher compression ratio as well; all these improvements help to reach 445 horsepower and 480 lb-ft of torque. 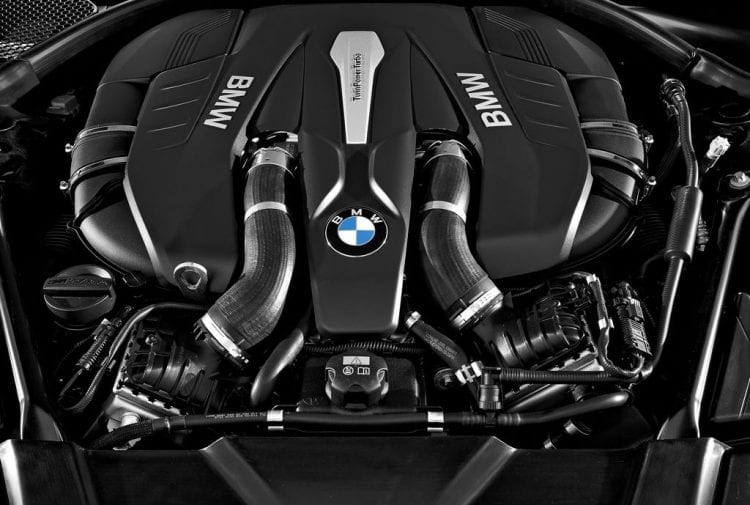 All engine options will be coupled with an eight-speed automatic gearbox that features Launch Control function, which helps the driver to achieve the maximum acceleration performance. As the result, 740i reaches 60 miles per hour in just 5.4 seconds while 750i does the same in 4.3 seconds. The top speed of the models is 130 miles per hour for both models.

The German manufacturer has announced the plans to include a hybrid in the Series as well, but the addition won’t come until the end of the year. Supposedly, the plug-in hybrid will have a decent range of 23 miles and a top speed of 75 miles per hour.

According to the manufacturer, the base trim for the 7 Series, 740i, will cost from $81,300. The second model, 750i will start from $97,400. These prices represent a significant increase from the previous generation, the prices of which were at least $7,000 less. Unfortunately, no details about the price of the hybrid model have been released so far.

BMW 7 Series is spectacular in just about every way. It is good to see that the Germans continue to make these models as one of the best sedans in the world because their long history is full of victories over competitors. However, the segment of luxury sedans is so packed now, so 7 Series will have a lot of competitors that can seriously reduce the sales, including Audi A8 and Mercedes S-Class. They are very impressive vehicles themselves and can provide an equal comfort and performance.

BMW has made a good decision to accelerate incorporation of advanced high-tech in the 7 Series because these features are likely to be the most attractive to the customers in the next years. For example, its automatic parking feature is something that other automakers can only dream about and it does an amazing thing by parking the vehicle without the effort from the driver. Moreover, BMW is going to provide great customization for the customers, which should also bring 2016 BMW 7 Series a slight advantage over the competitors.