The 5-series is due to receive a replacement generation later in the year, and we’ve already seen a few spy photos confirming the existence of a brand new model. The final year of this version is still here for now, but with the new one just around the corner the question is the following; should you wait for the new one or purchase the 2016 BMW 5-series? Taking full advantage of the premiums that should come with it now that the new generation is almost out.

Well, the 5-series remains one of the best options in the luxury large sedan segment. It’s gotten somewhat behind some of its rivals, but it’s still up there at the top. For 2016 there’s a host of upgrades which should make it more interesting for people to buy it, despite the fact that it is the very last year of this generation. Every model now gets better USB and Bluetooth functionality; the 550i gets more standard equipment such as a power trunk lid, for example, a satellite radio and even a high-end Harman Kardon sound system. The other update is the beige cabin which now comes with black carpeting and black interior panels which should improve longevity allowing it to remain fresh even after years of usage. 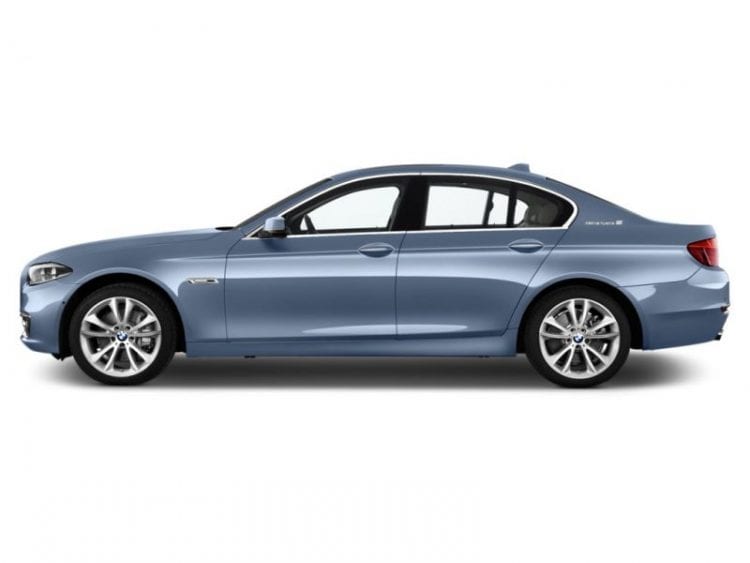 The 2016 BMW 5-series is still a large five-passenger luxury sedan with four doors. The names it can come with corresponding with the engine that is located under the hood. So, for instance, you can have a 528i, a 535i, a 550i, a 530d or a 535d. The “i” means it is gasoline while the “d” signifies that it carries a diesel engine. The “xDrive” sticker and name would signal that it’s got all-wheel drive, and there are also the ActiveHybrid5 and M5 variants. One obviously being an efficient vehicle, while the other a powerhouse and a monster of a car.

Honestly, the 5-series is so loaded with technology even from the get-go that you don’t need anything else. For most people, however, that’s not enough as they want to have more options, the possibility that it’s there when you need it (if you ever need it) is very reassuring. So while most 5-series, even the base models come with a lot of gadgets, there are a few options (standard on the higher trims) which can be specified. These include features such as 10-way adjustable seats, lumbar adjustment, and driver memory functions, SensaTec premium vinyl and of course the usual array of extra driver aids and safety systems. 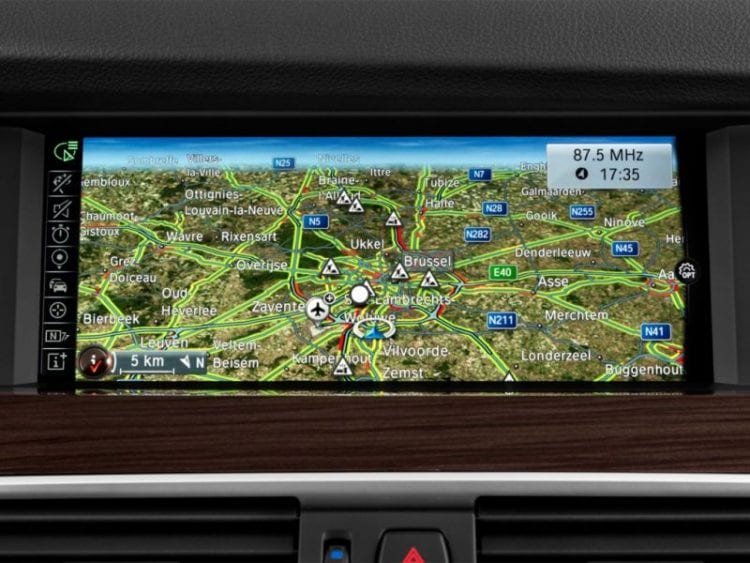 You can have a few different packages with the 5-series. The first one is the Premium package which adds keyless ignition and entry, satellite radio and leather upholstery. A Cold Weather package adds heated front and rear seats, retractable washers at the front and of course a heated steering wheel for your convenience. The Lighting package obviously adds adaptive LED headlights and automatic high beams. 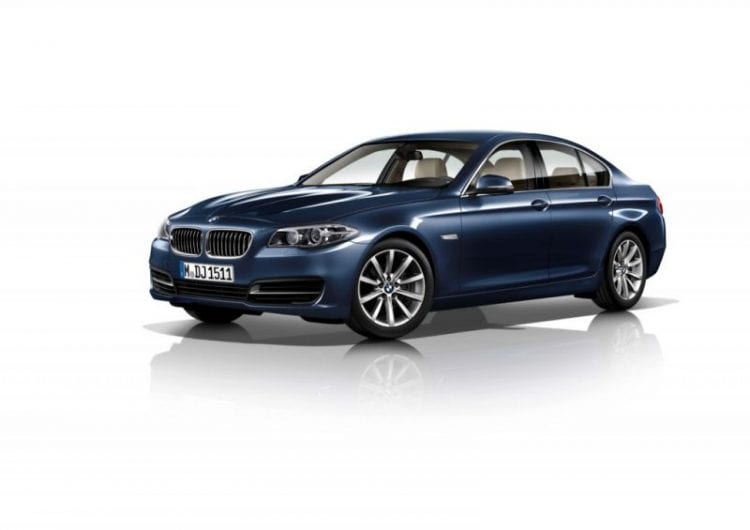 The Luxury Seating package on the other hand offers ventilated front seats with the quasi-massage function and 14-way multiway adjustments. The Driver Assistance package brings a rearview camera, parking sensors for the front and the rear, a head-up display and a better instrument cluster. The one we suggest you go for is the Dynamic Handling package which gives you an improved adaptive suspension for better ride quality and comfort.

The interior is typical BMW. It’s nicely styled and attractive, but there’s nothing out of the ordinary, and no single feature stands out too much. Elegance is the keyword here, and BMW is sticking to it. It is super conservative, something which it’s been criticized and called dull for but if it works why change it. BMW has been in this game for longer than anybody so if anyone knows what the customers want it’s them. The classic BMW features such as the double analog gauges and the understated center stack are present in the 5-series as well.

The iDrive interface is the dominating characteristics of the center stack, featuring a 10.2-inch high-res display in the middle and a rotary controller positioned lower below it on the center console. It’s not the easiest of systems to use mostly in part to the fact that it’s got so many options. The scrolling and navigation through the menu is actually easy, but it can get complicated real fast if you don’t know what you’re looking for and where to find it. With a bit of practice it becomes very user-friendly and simple to use it, so there are no issues with ergonomics or easiness of use. 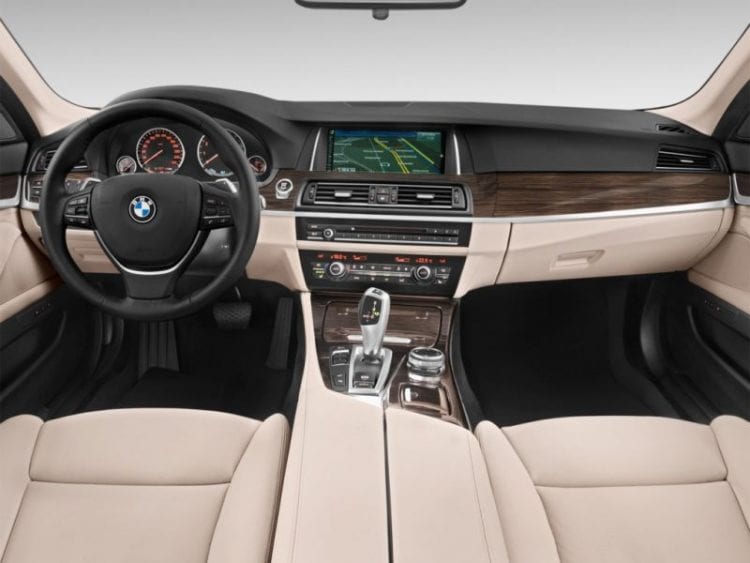 Every 5-series is fitted with an eight-speed automatic gearbox and rear-wheel drive as standard. The optional all-wheel drive can be added, and you can recognize those models that come with the xDrive badge and addition in the name and the plates located around the car. Every 5-series is fitted with an automatic start-stop function too which can shut down the engine when stopped in order to save fuel.

The 528i has a 2.0 turbocharged four-cylinder with 240 hp and 260 lb-ft of torque, and it represents the base engine. Despite the fact that many people think it’s got a 2.8-liter six-cylinder, the abbreviation has remained the same but in its place is now the mentioned engine. It’s good for 6.4 seconds to 60 mph and will return 26/27 mpg on the combined run depending on whether it’s got the rear wheel or all-wheel drive.

The 535i gets the turbocharged 3.0-liter six-cylinder developing 300 horsepower and 300 pound-feet of torque. In rear-wheel drive guise, it can sprint to 60 mph in 5.7 seconds. It returns 24 mpg in RWD form and 23 mpg in xDrive all-wheel drive setup.

Finally, the 535d gets a 3.0-liter inline-6 diesel with a turbocharger developing 255 horsepower and a monstrous 413 pound-feet of torque. It reached 60 mph in 5.8 seconds and managed to return an impressive 30 mpg in both RWD and AWD form. 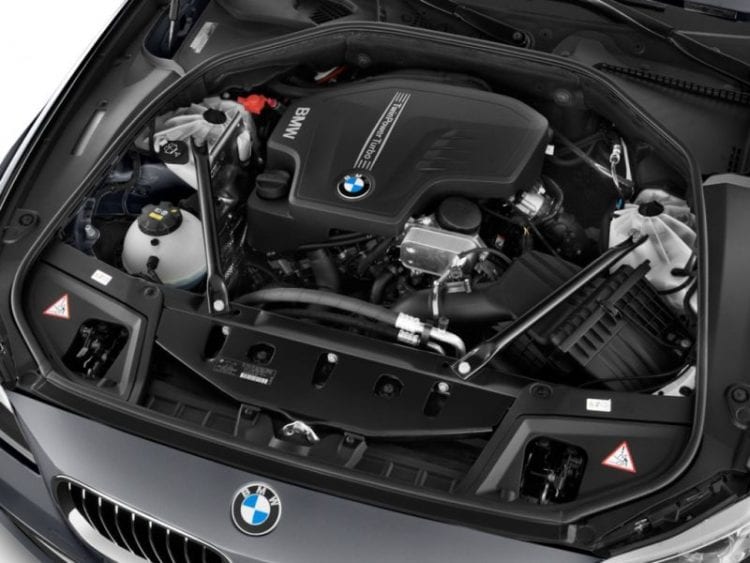 Prices start at $50,200 although they may go down even more as we’re getting closer to the reveal of the new generation. Also, you can opt for the Gran Turismo version that many consider being something closest to a hatchback in this class (but it is far from it), and it starts at $60,900. If you’re tempted by one go for it, it’s still a great car.