Once the boss, always the boss. It’s very hard to dethrone the Bentley Continental. A car which remains largely the same (styling wise) for over a decade is still at the top. Surprising? Not at the very least. Especially not with the timeless, elegant design it has. Why to improve and change something that is already perfect. More to the point, can you improve on it? Bentley seems to think no, so the 2016 Continental GT in convertible guise is largely the same, although there are some minor updates.

There’s no denying the fact that Bentley is still a top roller. The fact that a ten-year-old Continental will be indistinguishable from 2015 one to the untrained eye means nothing. If this car passes by you, you will stop and take a second look. Not because it’s striking, since it isn’t that aggressive, but because it’s elegant. It may be understated, but it’s the sort of understated look that has you going: “Mmm…” as it passes by you. A “Yes, I really want one of those” looks. 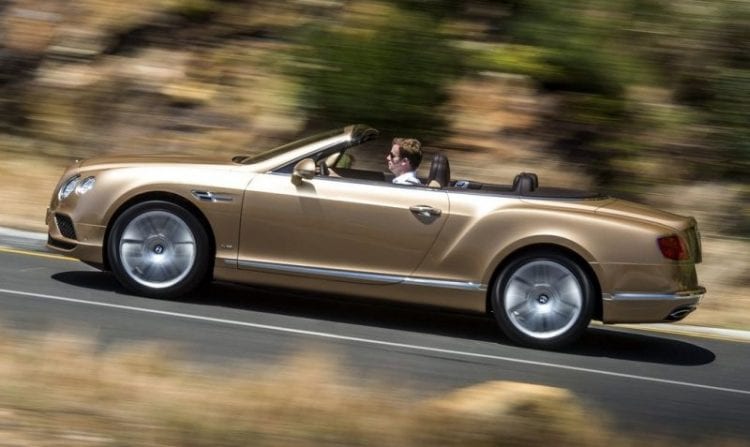 In terms of car years, the styling is outdated by half a decade. The second gen is getting long in the tooth, not to mention the first. The weird thing is, however, the difference between the 2016 model and the first second-gen one is as big as the one between the first generation and the second generation… There is almost no difference. Now, of course, we’re not daft, we do realize the fascias have been changed a bit, and the wheels and color combinations have been switched up, but an average person who isn’t that much into cars won’t be able to tell 2008 one from 2014 one. This is both good and bad.

Weird thing is, no one is complaining. As strange as this may sound, the Continental still looks like it just came out a year ago or even this year. The design hasn’t dated one bit. This very well might be the first case of a car styling (apart from maybe the Rolls-Royce) remaining in production for so long, yet looking as fresh as ever. It is perhaps the most timeless design, but we’ve still got time to see if that theory is correct depending on how much longer Bentley make it.

The party piece of the Continental GT (in both coupe and convertible form) is undoubtedly the engine. It’s not a full-blown W12 like in the large behemoths of old, but it’s no slouch. It’s a 4.0-liter twin-turbocharged V8 developing 521 horsepower at 6,000 rpm and 502 pound-feet of torque throughout almost the entire lower rev range. The hp number is impressive, but that torque figure can move mountains, and that is what you need in a heavy vehicle.

In sport mode, it’s nothing short of astonishing. The way with which the convertible can take off is simply ridiculous. The four-wheel drive and 500+ horsepower and torque might have something to do with that. Leave your foot on the brake for a bit, push the accelerator down, release the brake and you’re off. It seriously strains your neck; we’re not even joking. Before you know it you’ve gone through first and second gear are well on your way to jail time. The paddle-shifters are a joy to use and deliver smooth gear changes, but it’s the intoxicating engine noise that keeps you coming back to the gas pedal. It’s not an American burbly V8 sort of sound, but rather a growling, popping and crackling one. 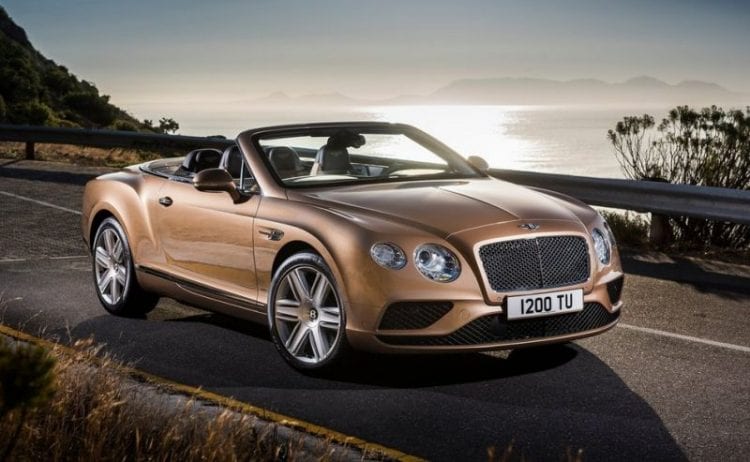 The weight might be similar to that of a large SUV, but you really don’t feel it. In fact, it’s responsible for assisting the car. The Continental feels composed and stable even at higher speeds; it almost feels like a rocket on rails in the way it drives. Think of that engine noise as a mix between an AMG Mercedes and an Aston V12. It’s a brutal V8 growl all the way to the redline, with a snarl on up-shift and pop on liftoff. As far as intoxicating sounds go, this one is up there.

As for the drive, it’s classical Bentley. The Continental GT Convertible hasn’t lost anything to its coupe brother. It goes over all road imperfections as if they simply weren’t there, absorbing them without the driver even noticing. The steering wheel is assisted of course, but you do feel the weight of the car through it. All of the 5,445 pounds in fact. When driving in a more spirited manner it’s beautiful, nicely weighted, but it can prove to be a nuisance when parking or going around tighter corners at low speeds. Parking is its car’s weak side, not just because of the steering wheel but because of the limited visibility as well. 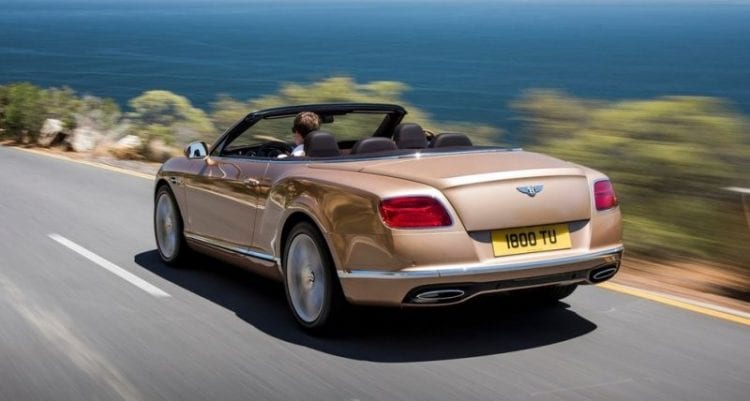 The interior is to die for when it comes to quality and comfort. It’s one of the nicest cabins in the car world at the moment. Plush materials all around with top-quality fit and finish. This car was made to last, and you can really tell that. The convertible version is especially nice, offering access to all that open sky when you want it, and protecting you from all the elements (even ice and snow) as well as the coupe. Not to mention the fact that it acts as an enhancer for that glorious V8 noise coming from the exhaust.

So then, what can we conclude? Well, the new 2016 Bentley Continental GT Convertible is one of the best cars in its segment. It offers a lot of speed, power, comfort and luxury with the legendary Continental looks. One area where it does fall short however is the technology. 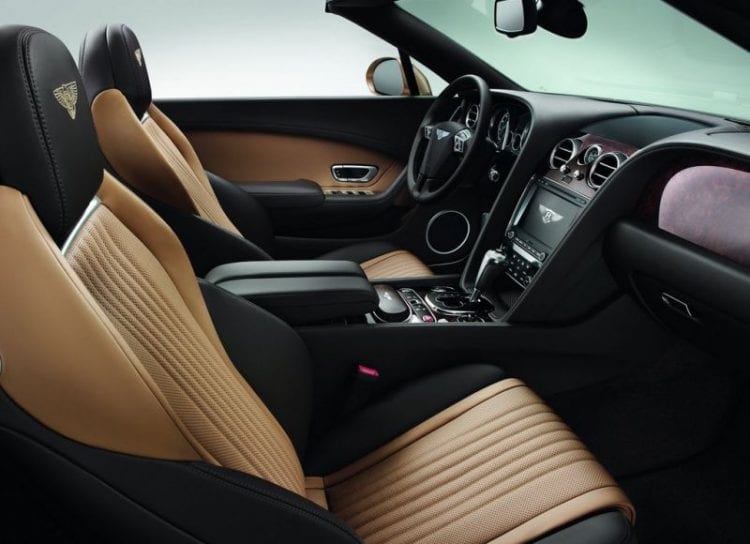 See, while they keep the same styling, they also keep most of the technology. And technology, unlike looks, doesn’t last. There’s no USB port, no heated steering wheel, no basic lane-departure system, forward collision or active braking. For a car priced at $234,000 before options, that’s rather embarrassingly considering a Civic or a Camry bring those things these days.

We’re not one to complain, but the simple lack of this stuff means much less expensive competitors are now a better option. Shame really, since the rest of the car is brilliant. What we do know is that it will be far easier for 2016 Bentley Continental GT Convertible and other models in the lineup to add more technology than for those rivals to bring the top of the line comfort and luxury.