The Audi TT was first introduced to the market in coupe guise some 18 years ago in 1998. The convertible version soon followed just a year down the road. The original car had a 1.8-liter four-cylinder with a turbocharger developing 180 hp which was quite good at the time. In 2001 we saw the arrival of the much anticipated TT Quattro with 225 hp and later in 2004 even more powerful TT fitted with a 250 hp 3.2 liter V6 was introduced.

The second generation was launched in 2006 with a much more aggressively styled body and a 200-pound weight loss over the first generation. This version was discontinued in 2014/2015, depending on the market, and we are now entering the third-gen with the 2016 Audi TT Roadster. At the 2014 Paris Motor Show, we first caught wind of the new TT Roadster, but now it’s finally here and here’s what we can tell you about it. 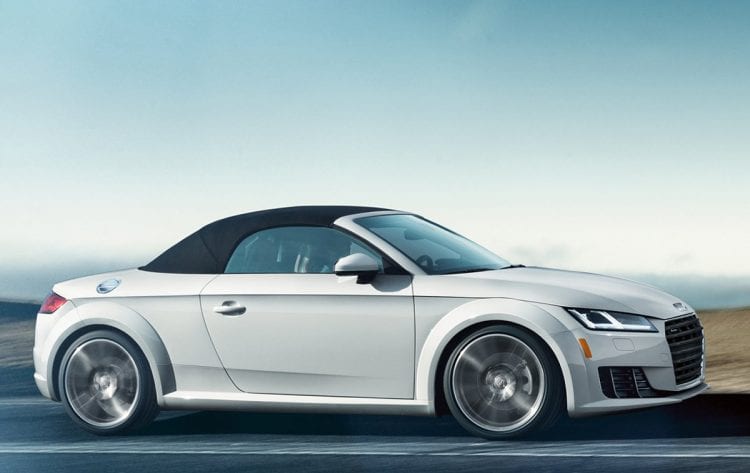 The very first introduction of the third-gen TT was at the Geneva Motor Show in 2014 when everyone instantly fell in love with the design and the new, much better body. The lines and features were simply jaw-dropping, and the engine options made it irresistible to a lot of people who immediately ordered it then and there. Some, however, waited, knowing a Roadster version was soon to come, and indeed, it did, in Paris.

If you view them from a distance, especially from the front, you could confuse the Coupe TT with the Roadster, but there are some major differences between them. First of all, there’s the wall on the Roadster, separating the cabin from the luggage compartment. It also has steel roll-over bars just above the wall, something which is unique to the Roadster alone and the Coupe does without.

Then there’s the question of the roof. It’s an electrically actuated fabric top. You can have it in three colors: Black, Titanium Gray, and Jive. It’s astonishingly light; it only weighs 39 kg or 3 kg lighter than the outgoing model’s to be specific. It opens and closes in only 10 seconds, neatly folding into a small aluminum tray when it’s pulled down. It’s an elegant solution. 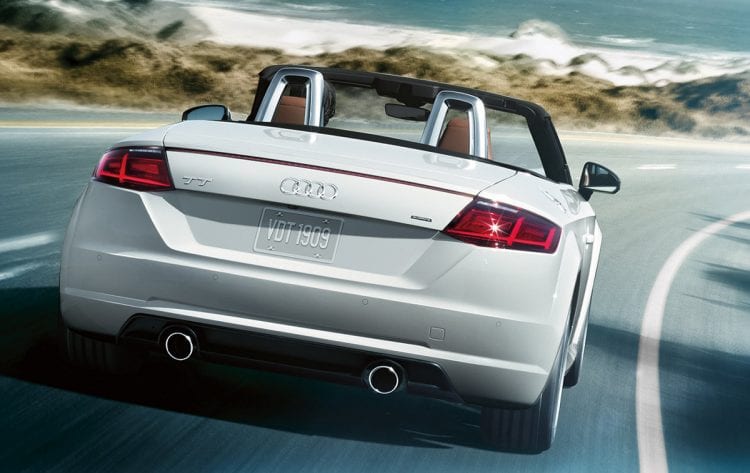 The rest of the exterior is largely the same. There’s the same new-gen R8-looking styling which we all know and love by now. It’s an aggressive looking vehicle, not holding anything back. Both headlights and taillights are shared for both Coupe and Roadster just like before. The high beltlines have been kept too and so have the flared wheel arches as opposed to the previous model’s standard ones. The standard TT may be a head turner, but the Roadster is even more so.

The interior is mostly unchanged from the Coupe version, and it brings the same spacious cabin with comfortable and well-supported seats and uses the same high-quality materials standard to Audi. The seats are comfortable as they are, but can be made even nicer if you wrap them in Alcantara. The new dashboard design is much cleaner and sleeker, offering more practicality and better ergonomically placed controls for the car’s systems that are now easier to reach and faster to learn.

The biggest change in the TT Roadster is the Audi virtual cockpit. It’s basically a digital screen behind the steering wheel where the old analog instrument cluster used to be. The reason for it is quite obvious. As well as being faster to respond and crisper looking, it’s able to display more information and display them more accurately. 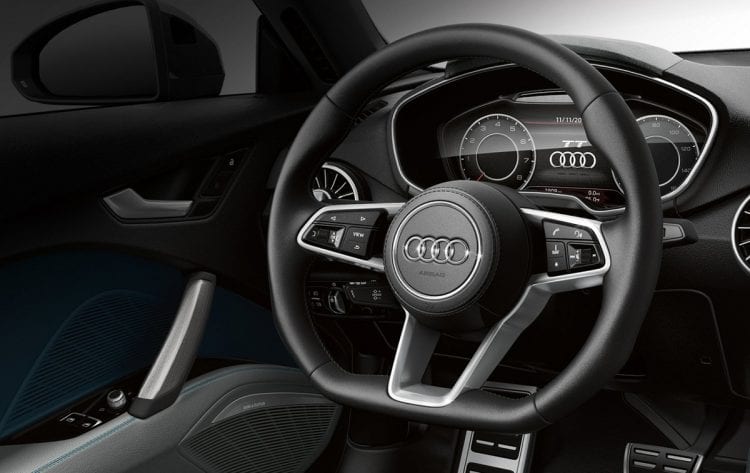 It can be toggled between two views, and you can optimize few things on it. The first option is the standard view with the rev counter and the speedometer while the other is the infotainment center which shows the navigation maps in center segment.

Currently, the best trim available is the TTS Roadster. It brings a new laser texture for the wings of the dashboard as well as a honeycomb texture, creating a sportier feel in the cabin. Naturally, being a TTS changes are noticeable and have been made elsewhere. Read on to find out more about mechanical differences between it and the standard TT.

Regarding engine options, it’s basically the same ones you get in the Coupe variant. This means you get the same 2.0 liter TDI diesel for starters, lifted from the Golf GTD. It’s good for 184 hp and 280 lb-ft of torque. It’ll sprint to 60 miles per hour in 7.4 seconds and go up to 146 mph. It may not be that fast for such a car, but factor in the 54.7 mpg it returns, and you’ve suddenly got one of the best roadsters for what it is.

Then, of course, we have a petrol variant, the 2.0 TFSI. It develops 230 hp and 273 lb-ft of torque. Fitted with the manual six-speed it will reach 60 mph in 6.2 seconds while the six-speed S-Tronic manages to bring that time down to just 5.5 seconds. Both are pretty quick, but nothing compared to the next engine on the list.

And that engine is a variant of the same 2.0 TFSI but this time developing 310 hp and 280 lb-ft of torque. It’s used in the TTS Roadster only, and it will reach 60 miles per hour in an astonishing 4.9 seconds. Talk about fast. 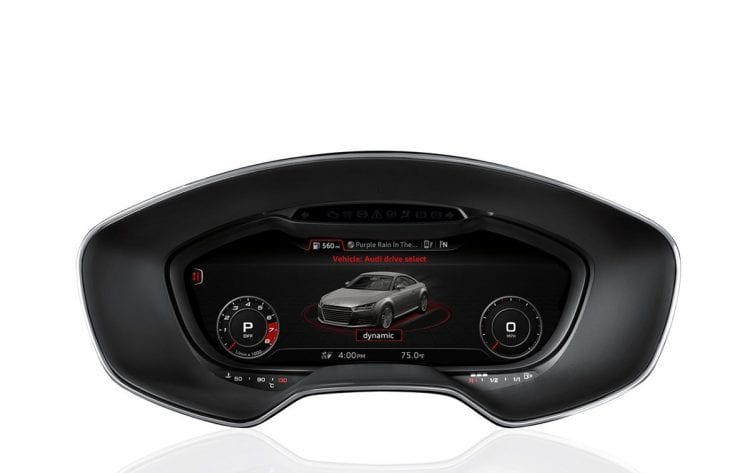 We’ll be sad to disappoint any U.S. customers wishing diesel, as the only guise of the 2016 Audi TT Roadster is a petrol one for the American market. Still, a 2.0 TFSI with 220 horsepower (10 down on the European version) and 258 lb-ft of torque is nothing to complain about.

The top speed is limited to 130 miles per hour, and that engine is mated to the same six-speed S-Tronic sending power to all four wheels via the Quattro all-wheel drive system. There is no need to say a lot more about the famous Quattro system; it will get you out of any tricky situation and provide enough traction even on the slippery road.

As far as we’re concerned, this is one of the best cars in the small roadster class at the moment. It not only brings the fight to the Porsche Boxster, but it manages to beat it in certain areas. Whether it will be able to do the same with the new turbocharged four-cylinder Boxster we’ve yet to wait and see. With prices starting at $46,400 it’s not cheap by any means, but we do consider it’s worth it.