The current car market seems to love SUVs and small hatchbacks mostly. It’s what’s bringing in sales for nearly all companies. If the hatchbacks in question are fast and nimble, all that better. There’s almost nothing car enthusiast love more in a small car than great handling. Power is a plus, but not a necessity. Well with that said, the car we’re discussing today offers a great mix of both, but not at the expense of one or the other.

You can probably tell we really like this vehicle just from reading the few lines above, but here’s an even bigger reason to love it. Back when the Audi S3 was introduced, there weren’t a lot of cars which could successfully do what it managed to. Blend a small, affordable and practical city car for the most part, with a fun and enthusiast chassis and engine which were more than willing to play along with any shenanigans and hooliganism you were capable of throwing at it and you are getting vehicle closest to perfection. 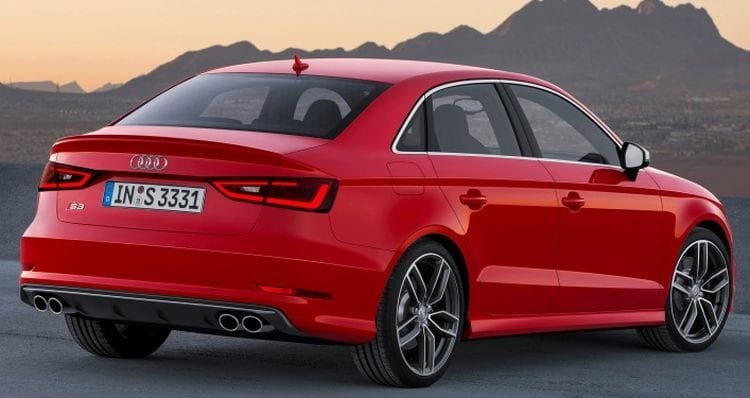 As is the case with most successful models, the Audi S3 receives a small but significant update for the year 2016. There’s now a standard rearview camera on all trims, as well as front and rear parking sensors. The excellent Advanced Technology package from last year has now been made standard on the highest trim level, the Prestige. Besides that, there’s a different Black Optic Performance package optional for every trim, which gives you the great adaptive suspension mixed with black trim for the exterior and different unique wheels made for this version alone.
There are two packages to choose from, or should we say trims. The first one is the Premium Plus, and it offers 18-inch wheels as standard, summer tires with performance in mind, keyless ignition and even selectable driving settings. As for the further exterior features, you get xenon headlights (which are automatic by the way), LED daytime running lights and LED taillights, panoramic sunroof, heated front seats, automatic wipers and a dual-zone climate unit.

If you choose the Prestige trim level of 2016 Audi S3, you’ll get the LED Lighting package, which adds LED lights as to both the exterior and the interior, heated mirrors with power folding, one of the best Bang & Olufsen sound systems with 14 speakers. Safety systems are also upgraded here with active lane departure warning, forward collision mitigation, and adaptive cruise control. You’ll also be receiving the Technology package which gives you a better MMI system with a much nicer display and controller, the Audi Connect services, so we’re talking 4G, LTE, and WiFi, integration for nearly all smartphones, a nav system and of course voice control operation.
As you can see, the car is handsome by all accounts in whatever guise you choose. It may be a familiar styling we all know, but it’s still got that edginess to it that doesn’t seem to fade away. The front fascia has the classical large Audi grille with the logo, the mean LED headlights and the side vents we’ve known to love so much.
The side is just as aggressive with the flared arches and upward sloping window line. Should you choose for the Black Optic trim, it’s even more aggressive than usual with the blacked out trim pieces scattered around the exterior, and the special wheels you’ll be getting which really compliment the style the S3 is going for. 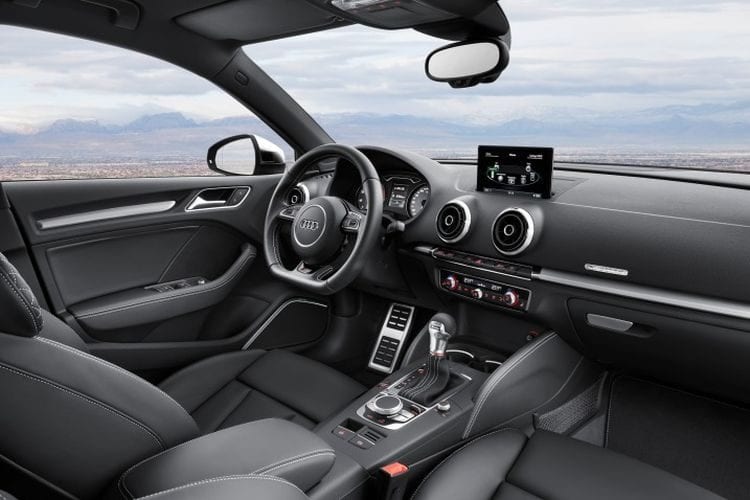 The interior, as you might have suspected, is really good. You get in, sit down, and you’re immediately greeted by heavily bolstered and supportive sports seats in 2016 Audi S3 which hugs you tightly. This is a car made for a sportier, more spirited drive, and the seats let you know that right away. They’re not uncomfortable, however. Even longer journeys don’t prove to be an issue for them.

Obviously, a car like this isn’t going to be too spacious, and getting into the cabin just confirms that. There is more than enough room in the front, but headroom and legroom in the rear is limited, especially for taller adults who will struggle to find a comfortable position. The boot is pretty much the same story, as it only offers ten cubic feet. It’s good for daily errands, but that’s about it. On the plus side, the rear seats can fold down with a 60/40 split to provide more cargo space when needed. 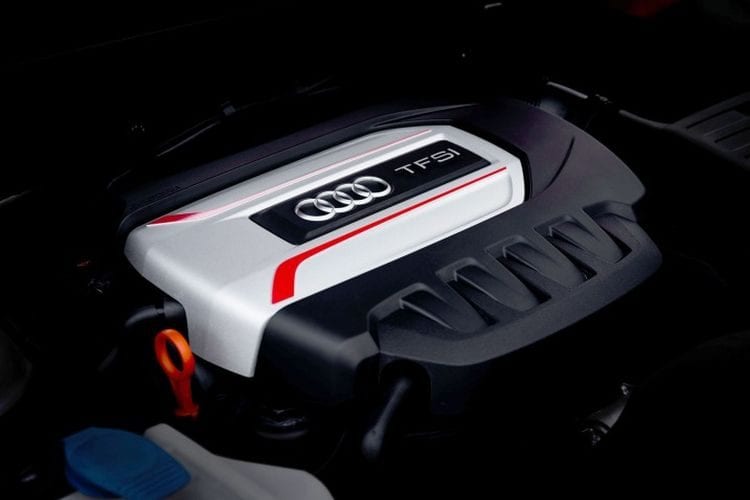 Now, onto the car’s party piece and what it was made to do. Under the hood, you’ll find the VW Group 2.0 liter turbocharged four-cylinder developing 292 horsepower and 280 lb-ft of torque. Being the S model, you get a standard all-wheel drive system and the all too familiar S-Tronic transmission, which is essentially an automated manual with six speeds.

You think it would be fast, but you’d be wrong. It’s even faster. The way with which this thing covers ground is just mind-blowing. Thanks to a lighting quick launch control, you can get it from 0 to 60 miles per hour in just 4.6 seconds. While that’s fast for a car of any segment, it’s especially incredible in the small, fast car segment. The 2016 Audi S3 is a tenth faster than the equivalent CLA45 AMG which we might add is a lot more expensive. If you’re worried about fuel economy, you’ll be happy to know the S3 returned 26 mpg on the combined run.
Although it isn’t a full-blown RS car, the S3 does manage to capture some of that RS magic. The engine is a real gem. It pulls hard throughout the entire rev range and never seems to run out of breath, even at higher speeds. The transmission is wonderful; it shifts seamlessly and with no real efforts allowing you always to keep the engine in the optimal rev range.

Show it a corner, and you’ll find the S3 is a willing companion. The steering is precise and immediate, and it offers decent feedback, strange for an Audi. Although it’s great in standard shape, if you can get the optional adaptive suspension you’ll be in for a real treat. With a starting price of $42,500, we feel the S3 is a great deal. It’s not just competitively priced, but it might be the best bang for your buck in the segment.