Audi has hesitated to enter SUV market for quite a while, while Mercedes didn’t and it was first of German trio with ML in 1997 and soon after BMW followed with X5 in 1999. Audi introduced Q7 in 2005 while Mercedes were showing its second generation. So, Audi took time but brought on the market thing that was closest to the over-engineering era of Mercedes in 80’s, that we all thought was forever lost. Again, this car maker has stalled with the development of future model beyond limits for the automotive world, while everybody waited for ten years to see the second chapter of Q7 story.

WAS IT WORTH IT?

In short, yes. The first generation was a fortress on wheels and second generation continued without breaking any of the merits while improving some of the issues from the past. A common thing for all fortresses is heaviness and Audi made an effort in reducing it by using 41 present aluminum body construction, which made the possible reduction of 325 kilos, an astonishing result, yet still not making it light as seven-seat version weighs over two tons. 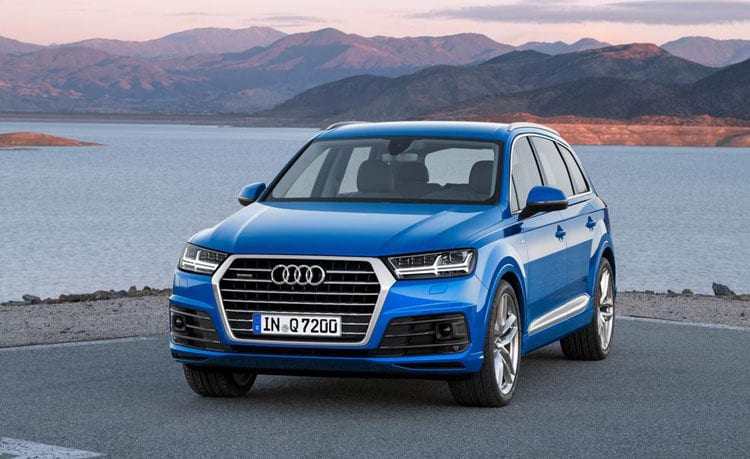 The result, diet is easy to detect as nimbleness is much more present in this generation, and improved fuel efficiency wouldn’t disappoint either. We all get used to that every new generation brings a couple of extra inches, but since the first generation was bus-like size, as for surprise, now length and width are reduced, first by about 1.3 inches or 33 mm, second by 0.6 inches or 15 mm, making it more maneuverable. Don’t despair as boxy design don’t leave any visual clues about changed dimensions and you can still characterize it as colossal.

For moving a fortress, you need power and as expected Audi won’t disappoint in this field. Choices are two diesel units and one petrol engine, the base is 3.0-liter turbodiesel with 218 hp and 0-60 mph time in 7.1 seconds with the fuel efficiency of 39 mpg, and we can easily just stop here. Obviously, weight reduction made possible for everyone to be perfectly satisfied with figures provided by the weakest engine in the line-up. 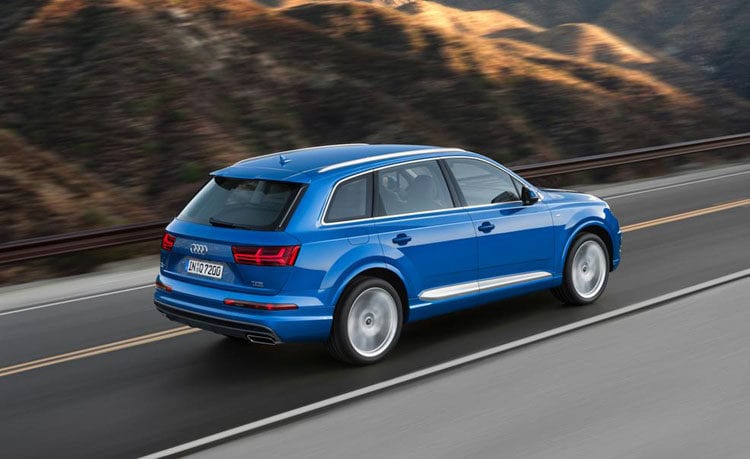 If you still want more, you have the same 3.0-liter turbodiesel but this time with 272 hp and acceleration time of 6.3 seconds. On top of this, there is the petrol powered and turbocharged 3.0-liter unit with 333 hp that needs 6.1 seconds to reach 60 mph. If you were interested in rocket science, take a look at SQ7 4.0-liter diesel with 435 hp and 0 to 60 mph in 4.8 seconds and truck like 900 Nm of torque. ZF eight-speed automatic gearbox is a companion to all engines, and AWD Quattro is also present as mandatory. 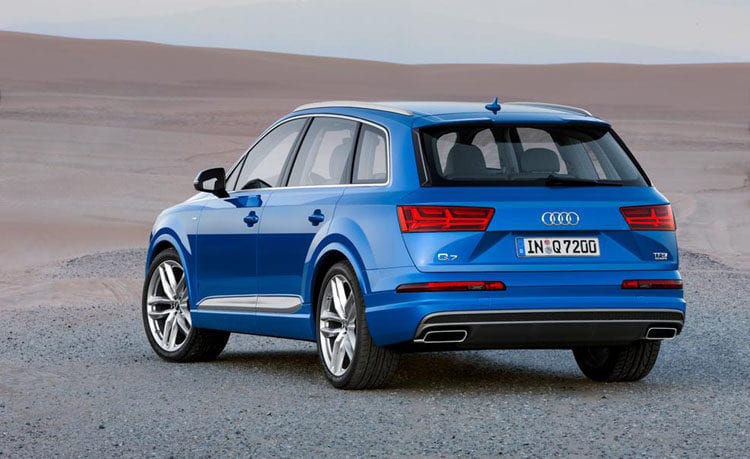 Another benefit that we get with lowering the weight of a car is that we can use smaller and less powerful engine. German company decided to add 2.0-liter I4 turbo that is capable of pushing 252 hp to the lineup. For those that want green version Audi will bring hybrid that combines 258 hp diesel with electric motor. The total power of this system is 373 hp while it offers incredible 516 lb-ft of torque. With this setup, it is capable of beating both supercharged petrol engine, and TDI equipped brothers in 0-60 mph run as it needs six seconds flat.

Space inside follows exterior dimensions, and if second-row seats are moved far to the back, you can relax your legs as you were in a stretched limo. The third row is also usable for seating while boot still exists, as 295 liters are available, climbing to 890 liters with it folded and the maximum of 2075 liters when you fold everything, so you can ditch your lorry for this. 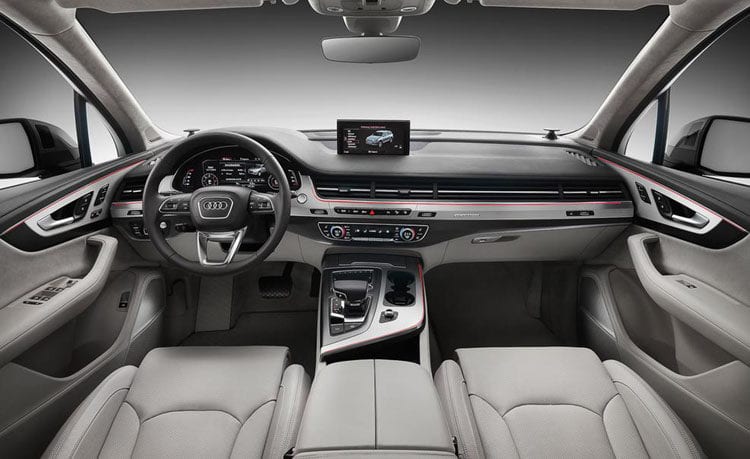 For you not to get bored at the back 2016 Audi Q7 tablet rear passenger entertainment with 10.1-inch screens is available. At the front, everything good from the past is still present- impeccable fit and finish and staggering feel of refinement, complemented now with new minimalist design approach producing never ending spacious feelings and famous Virtual Cockpit.

Expect much more than before. As mentioned, weight reductions have increased agility and a nice level of engagement is present. At speed below 25 mph, the rear wheels steer counter to the fronts, which reduces the Q7’s turning circle by a meter.

Colossal space, colossal quality, colossally good engines and a colossal reason for you to consider buying it. End of story.