A long time ago, all the way back when Aston was first starting, they were making luxury four-door vehicles. We’re not talking 1980 here, but rather as early as 1961. The first such car was the Lagonda Rapide. The successor to this model was the Lagonda, a model which was introduced 15 years later and in one way or another survived until 1990. After the disappearance of the Lagonda, there was no four-door entry from Aston for nearly two decades. Then finally, in 2010, they took a shot at it and boy did it deliver.

Originally the Rapide had a 5.9-liter V12 developing 470 hp and 443 lb-ft of torque. In 2013 it became the Rapide S, receiving a small facelift but more importantly 80 more horsepower, bringing the total number up to 550 hp and 457 lb-ft of torque. This is further enhanced the appeal of the Rapide, particularly in 2015 when we saw a large under the skin update and new color choices. The body, similar to that of every other two-door Aston, thankfully remained the same.

So what is it then? Well, the 2016 model is yet to be officially presented to the public as of the time of the writing of this article, but there are some known facts and rumors. First of all, the car should remain largely the same as the model for 2015. The lack big updates for 2016 means that they haven’t had time to settle in and get the proper feedback to make big changes and besides, an update like that is done every two to three years and not sooner. Think of the 2016 Aston Martin Rapide S as a small improvement of an already great vehicle. Just sorting out minor issues and adding few details to make it better.

For starters, there’s the exterior. It brings the same styling as when the Rapide was first launched, but if it now seems to be a bit meaner and more aggressive, it’s because it is. Compared to the old car the Rapide S is 19 mm lower, prompting a few exterior changes too. Nothing too big, but just enough to bring back the overall look of the car to an even playing field.

The bonnet has been redesigned as has the front bumper. There’s a the 2015 grille in place, and Aston is still offering the same Carbon Exterior Pack which adds a front splitter, mirror caps, rear lamp all made of carbon fiber and a rear diffuser. As per the 2015 model, 2016 gets the same new wheels and color options. The forged alloys have a great ten-spoke design and can be finished in multiple colors. The biggest update to the color palette was the addition of Diavolo Red option, a color previously only limited to the V12 Zagato. 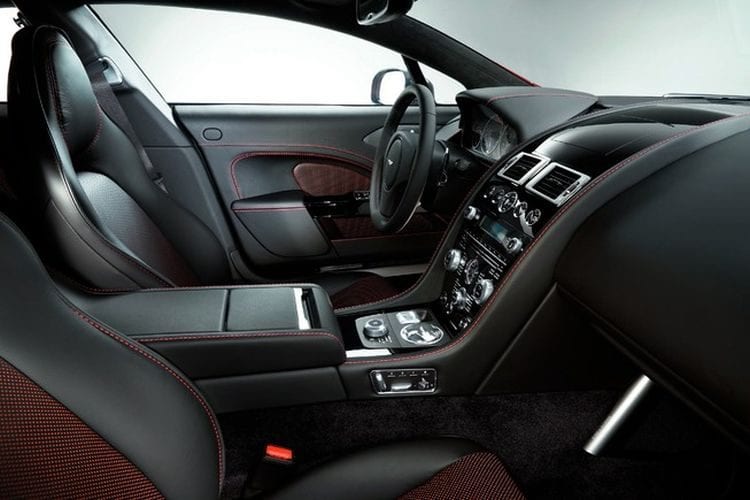 The interior is pretty much the same story, just a carryover from last year’s model. There are new luxury seats with more emphasis on sporty credentials this time. This means better bolstering and much more support for the occupants that will be felt when attacking corners. The piano-black interior pack is undoubtedly the best one to get, even if you’re not a fan of dark colors simply because it adds a mirror-like shine to the entire fascia and the gearbox tunnel. There are darker surrounds and accents throughout the cabin, giving it a much sportier feel than before. Of course, you can have the cabin in pretty much any color combination you like including dual tones. This means you can combine black leather with perforated red stitching for instance. 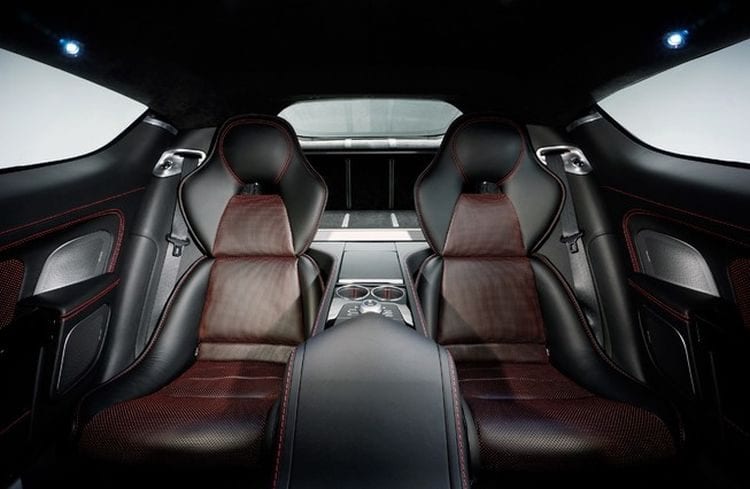 The Rapide is delivered as the biggest car in the Aston Martin range, and the fact that it can comfortably seat four adults with ease speaks volumes of that. There is no fifth seat so only four occupants can be in it at any given time, but boy will they have a ride like no other. The materials of the cabin are second to none, and the fit and finish of absolutely everything in the cabin are exceptional.

The seats themselves as we said are comfortable and supportive with just the right harshness and support, both the fronts and the rears. There’s ample of headroom and legroom in both the front and the back allowing all passengers to get enough room or comfortable ride. The roof may be sloping downwards but the fact that you’re sitting quite low in it means even taller passengers can fit with ease in the back seats.

The engine should be the same 5.9-liter V12 from the new AM11 range. It’s a naturally aspirated unit delivering 552 hp at 6,750 rpm and 465 lb-ft of torque at 5,000 rpm. That’s a 17 percent increase in power from the original Rapide. Of course, the Rapide S will need a strong gearbox to deal with it, so there’s the same 2015 gearbox tweaked to offer more reliability with decreased response time. It’s a Touchtronic III with eight-speeds, incorporated for the first time in a transaxle layout and originally developed for the 2015 model that received it first.
The improvements are very dramatic when compared to the original version. The new 2016 Aston Martin Rapide S manages to reach 60 miles per hour in a scarcely believable 4.2 seconds, making it nearly as fast as most coupes with similar power. We don’t know about you, but a proper four-door sedan competing with two-door coupes is something astonishing in our book. Elsewhere there’s the same gearing and final drive ratio as the 2015 Rapide S, which resulted in improving consumption by 13 percent while making the car a lot faster and even more responsive to the throttle blips.

The car’s only natural competitor is the Panamera Turbo S. Although technically the Panamera should be faster around the track and even in a straight line, who buys these cars for that right? Besides, when asked, most people said they would choose the Aston over the Panamera simply for the looks alone, and we can’t say we blame them. I mean look at it. Would you not take the Aston even if it had a 100 hp deficit and was a lot pricier?

Speaking of price, no exact details on this topic have been announced either. The 2015 model was in the $200,000 ballpark range, so expect this 2016 Aston Martin Rapide S one to be the same if not more. Not that it matters that much to anyone buying this glorious machine.