Let us introduce you to the 2016 Aston Martin DB9 GT – a perfect blend of agile sports car and elegant grand tourer. It continues the legacy of its iconic lineage, delivering enhanced power, seductive styling, and variety of new features.

Aston Martin makes some of the most handsome cars on the planet. We’ve yet to see a mediocre looking car to come out of their factory, let alone an ugly one. In the world of Aston Martins, the GT name symbolizes more power and prestige.

Many of the cars in the DB range have gotten a subsequent GT model, but weirdly, the car seen as the company’s most successful one, the one that evolved the brand into what it is today, the DB9, hadn’t received a GT model in its lifespan of over 10 years. Well, all of that changed at the Goodwood Festival of Speed

Now we should mention the gap between the DB9 and the DB9 GT isn’t as wide as the one between that of the DB4 and the iconic DB4 GT, but then again most other GT models haven’t differed too much from their standard counterparts. The DB4 GT is the obvious exception for reasons petrol-heads are all too familiar with.

Like we mentioned, the 2016 Aston Martin DB9 GT has been in production for over a decade, and although it’s a styling that will never get old, one that even most modern models are based on, a minor refresh in the form of the GT is in order as it keeps it at the top of the supercar dynasty, at least looks wise. 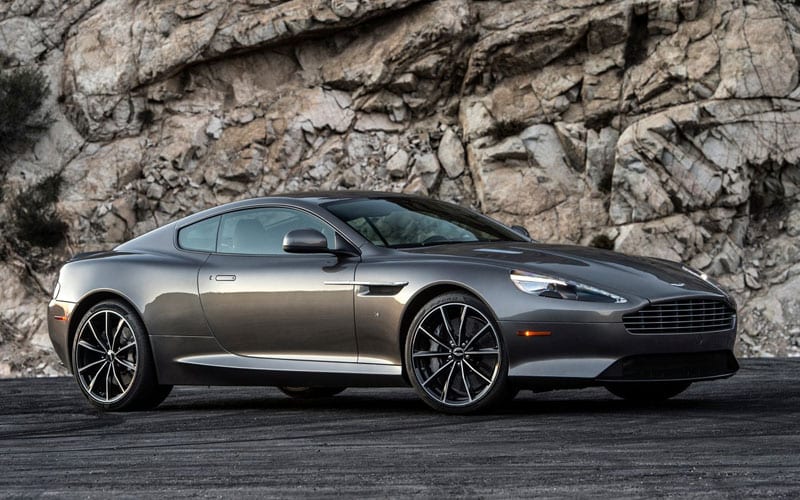 The exterior of the car is just as handsome as ever. There’s very little to distinguish the 2016 Aston Martin DB9 GT from the standard GT9 model. Really, the only way to tell for sure if it is indeed a GT is to look at the badging. Remember, this is an evolution, not a revolution. Small increments and improvements here and there go a long way in making an overall impression.

For instance, the front splitter and the rear diffuser have been painted in black, to give the car a more elegant and sleek look. The 20-inch wheels are brand new and they hide massive brake calipers also painted in black. Discretion is the name of the game here.

There are new trim pieces around the headlights and the taillights, further enhancing the visual appearance of the already stunning DB9. At the back, there’s carbon-fiber inserts for the taillights, but they’re an option and don’t come standard. Seeing how good they look in person, it’s safe to assume almost all cars will have them. 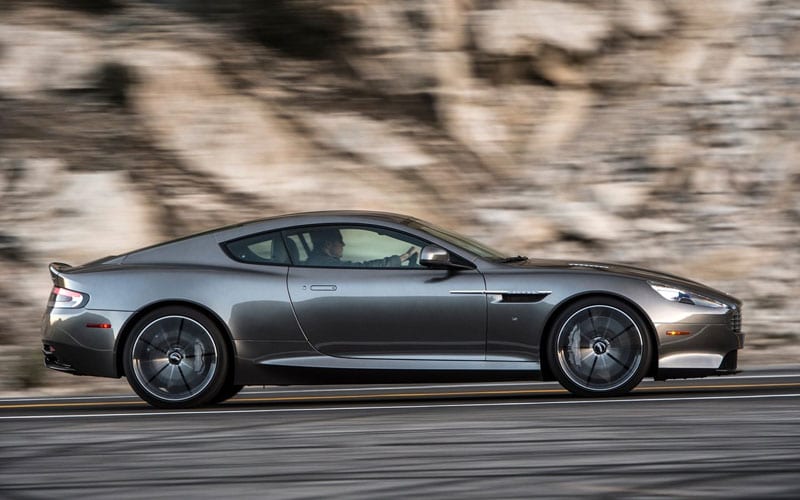 To further accent the stealth of the car, the color palette is mostly a combination of darker options for both the exterior and the interior. It does match the blacked out pieces we mentioned in the above section quite nicely. This does pop up the question: Will the DB9 GT still look good if it’s painted in a brighter color? The short answer is yes. Although the black accents go best with darker colors, a brighter color wouldn’t be the worst thing. It’s an Aston right? No color can look bad on that elegant body.

Other than that, we can’t comment much more. The styling is classical DB9. The long front end with the large hood sticking out. The distinctive Aston Martin grille and the elongated headlights, located on the front overhang. The best roofline of any coupe, with the most gorgeous rear quarter panels and wheel arches. To the legendary DB9 taillights. It’s all here, nothing has been lost in the GT. 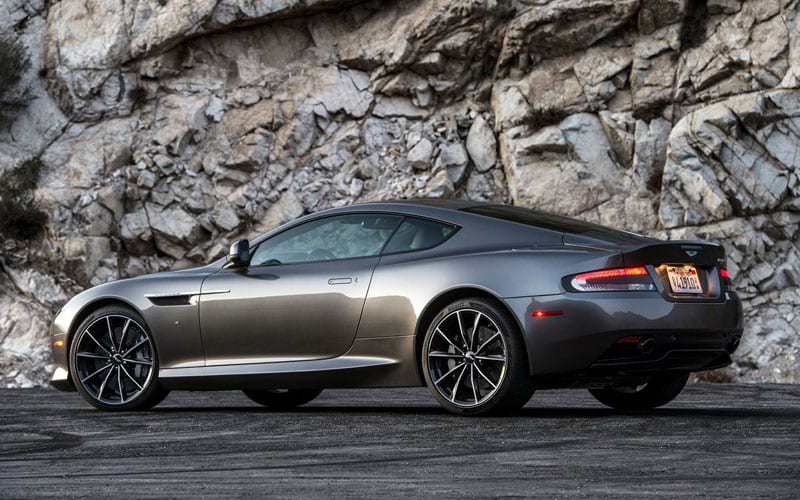 As is usually the case, most of the emphasis has been put on the interior rather than the exterior. Perhaps the biggest issue with Aston Martins, the usually outdated technology, has been fixed on the 2016 Aston Martin DB9 GT. The new infotainment system is called Ami II, and we’ve already seen it doing excellent work on the 2015 Vanquish. From there on, the success of it meant it could be moved down even to the lower models in the range.

We expected it to be better, and we weren’t let down. It got better graphics, is much more understandable and user friendly, and it’s a lot more powerful in the sense that it offers a great deal more features and customization. In short, a perfect update for the electronics of the DB9, just what we felt the car needed for the modern age of ever-increasing user demand from the systems.

Other than that, it’s your usual DB9. There’s no question about the quality of the interior. If there’s one thing Astons are known for, it’s the materials used and the fit and finish. Both of those are top-level here, just like in the older DB9. The materials on the seats are soft, and so are the rest of the surfaces, even the buttons. Everything is soft to the touch and smooth. The operation of the buttons themselves is silky smooth, with no abrupt clinks or rattles. 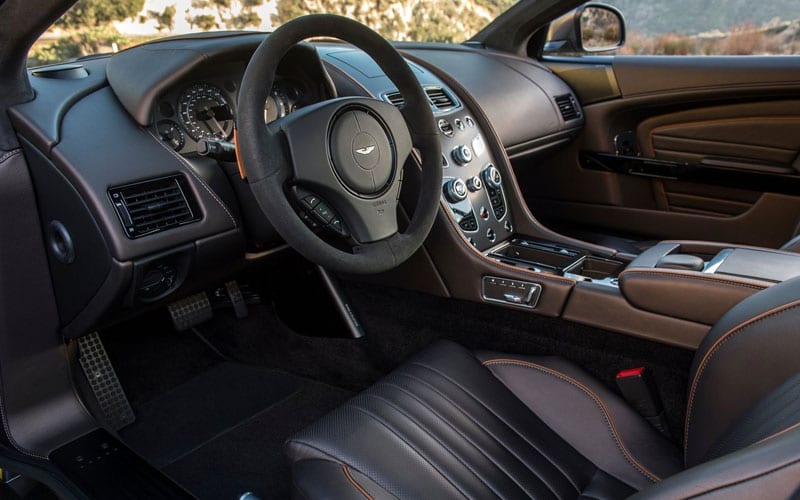 The original 2004 DB9 had a 6.0L V-12 lifted from the Vanquish. In that guise it developed 450 horsepower, more than enough for the time. With the competitors starting to trump it in horsepower, the subsequent update in 2008 saw the power increase to 476 hp, and the 2013 model was even more powerful standing in at 510 horsepower.

As you might imagine, the new 2016 Aston Martin DB9 GT has that number bumped up even further, making this the most powerful DB9 ever with a total of 539 horses ad 457 lb-ft of torque. The engine is mated to a Touchtronic transmission with six speeds and an electronic shift by wire system.

Although it’s primarily a grand tourer, both in handling and straight-line speed, the DB9 GT is no slouch. It completes the dash to 62 miles per hour in just 4.5 seconds and will run to a top speed of 183 mph. The convertible version is a bit slower as expected, but not by much. 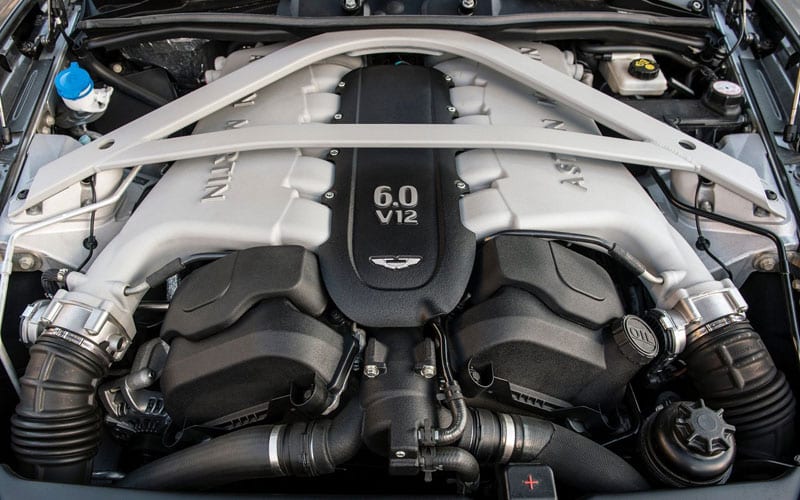 We came to the most interesting part. The asking price of the DB9 GT is $200,000. If you’ve got the money, we suggest you go for the GT, since it really isn’t that much more expensive than the standard model. It is already available for sale.

More details at the official website. Be sure to also check out the 2018 Aston Martin Vanquish S Spy Shots.