Alfa Romeo Giulietta has been on the market for five years now, a period when many cars simply cannot stay attractive because of fierce competition. The same has happened in this case as well: in Alfa Romeo Giulietta’s first year, more than 100,000 units were sold around the world, but now the sales decreased to about 50,000 a year. It is obvious that the model needs a major redesign or significant update because the customers simply lose the interest and turn to manufacturers like VW and Ford. The very first view on the camouflaged 2016 Alfa Romeo Giulietta revealed that the manufacturer might not be sharing the same enthusiasm towards updating the model.

When the prototype was delivered, these expectations proved to be right: the designers clearly decided that the model will remain in its current form at least for a couple more years and did not put a lot of effort into this middle-cycle update.

According to the initial reviews, exterior design was left almost untouched while the cabin was provided with some small updates and a redesigned infotainment system. To be completely honest, this decision by Alfa Romeo seems a little bit unreasonable because the number of updates will not make a huge difference over the previous version and place the company’s model ahead of competitors.

By the way, the competitors are quite serious as this is one of the strongest segments of the market. It requires substantial effort from Alfa Romeo to stay competitive and in front of Volkswagen Golf and Ford Focus. There is only one reasonable explanation that we could provide: the Italian manufacturer may be much more concerned about the next-generation model that should be delivered in two years or so. 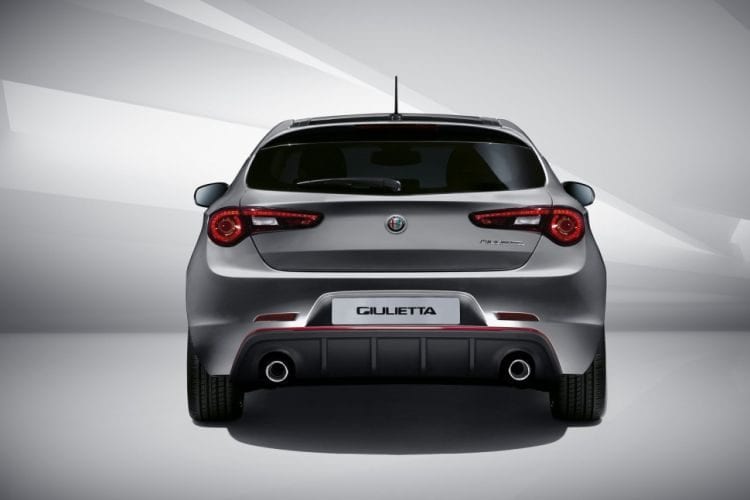 According to one of the company’s executives, they expect to sell at least 400,000 units of the next-generation vehicle each year, which is pretty ambitious. No matter of plans we think that it is important to offer a car that is competitive that will provide upgrades now and then.

Despite the changes in the company’s management, the Italian brand seems to have lost the business direction and cannot overcome the current struggles. This could be demonstrated by the arrival of the Alfa Romeo’s first SUV and delayed arrival of the Giulia model.

Now, this list can also be added to the lack of meaningful updates implemented in Giulietta, which, by the way, was received very lightly by the fans. We probably have to wait and see how this one performs but at this point it is obvious that it will not provide much of an impact in the segment.

As we expected, the exterior did not have many new features and was left pretty much the same. The designers have replaced the horizontal-slat layout with the new Alfa Romeo shield with a honeycomb and added a redesigned badge to the front.

A quick glimpse on the bumper reveals that the same honeycomb grille is also featured there; however, it was added with black inserts and sportier edges as well. Unfortunately, the rear of the vehicle is almost identical to the previous generation model except for the minor changes to the bumper, which could be easily missed if one is not familiar with the traditional Alfa Romeo designs. 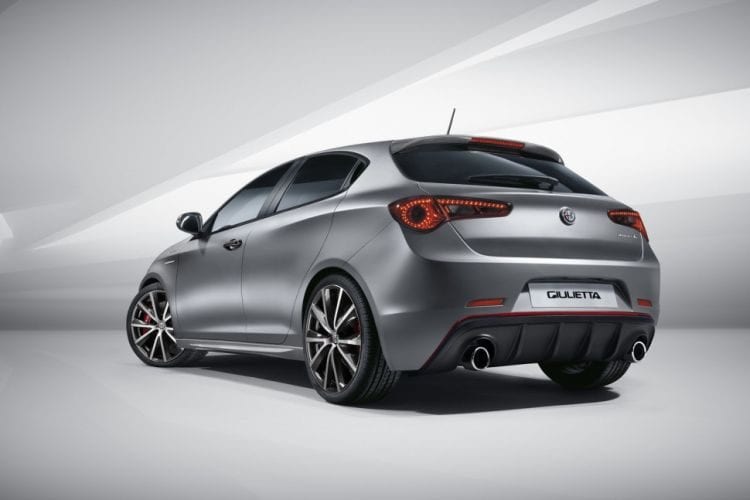 As it turns out, the basic trim was planned to receive only these updates. However, Alfa Romeo Giulietta will come in a Veloce trim level, which offers a little bit extended range of small updates, including red front bumper inserts, glossy anthracite accents on the mirror caps, door handles, and carbon-looking headlights.

It is a little bit disappointing that everything else gets carried over straight from the previous generation design but then again the attention of the manufacturer might be more focused on the 2018 update.

Please do not get your hopes up for the interior because there the list of updates is also very limited. The first look reveals that the new Uconnect infotainment system has been provided, which carries significant improvements: now, a new 6.5-inch touchscreen display is available. 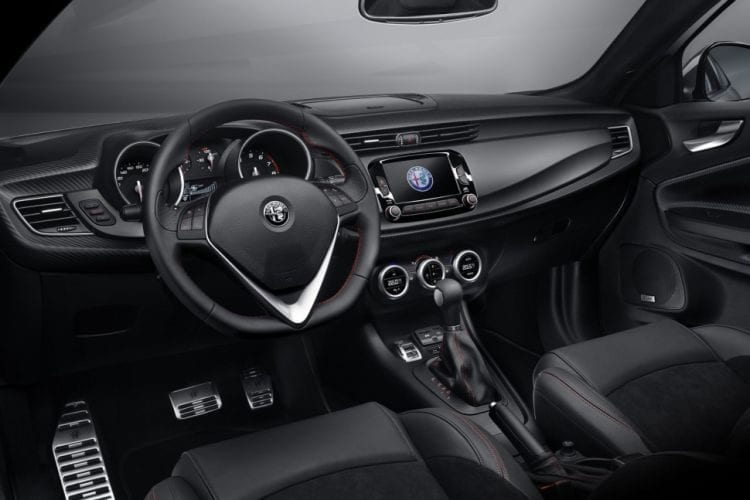 The occupants in the cabin will be entertained by the music streamed from the Deezer online music service as well as TuneIn, news that comes from Reuters official app, and a navigation system with TomTom live.

Similarly with the exterior features, more updates will be available only on the Veloce trim, and they include a matte back dashboard, sports seats with red stitching, and new, high-quality leather. In other words, we could not find something that could really impress or surprise you… 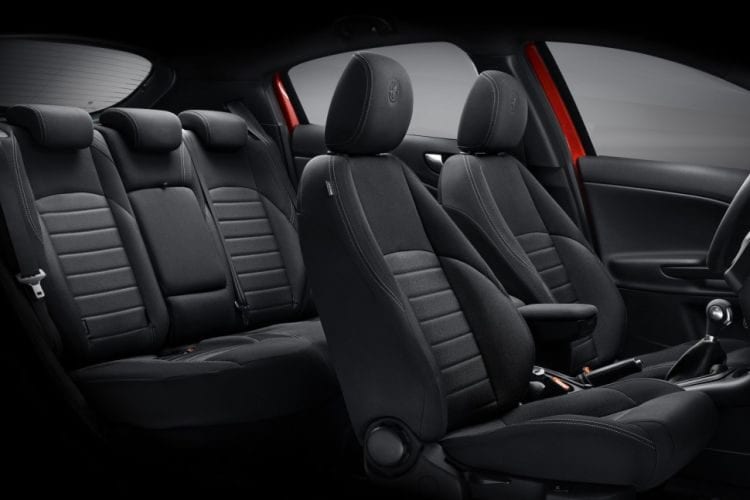 As you probably already have guessed it, the engines lineup in the 2016 Alfa Romeo Giulietta is identical to the one used in the previous year model, except for the insignificant changes regarding fuel economy. Specifically, the gasoline-powered engine range includes 1.4-liter I4 118 horsepower Turbo unit, 1.4-liter inline four 148 horsepower Turbo Multiair, and the most powerful 1.7-liter Turbo, capable of generating at least 235 horsepower. 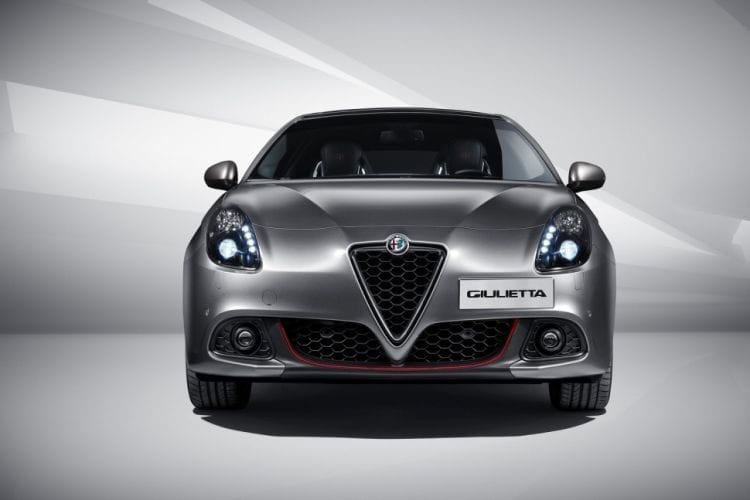 Accordingly, the first respective engine is the base one and takes the vehicle to 60 miles per hour in about 10 seconds; most powerful version will need less than 7 seconds for the same sprint. On the diesel front, the model can be equipped with a similar selection of engines, including 1.6-liter 118 horsepower, a base unit that cranks out 236 lb-ft and takes the vehicle to 100 km per hour in a remarkable 10.2 seconds.

According to Alfa Romeo designers, this particular engine is very efficient and requires less than 4 liters for each 100 km. It also has an impressively low emission footprint, estimated at just 99 grams of CO2 per one km. Well, at least the designers were able to improve something that is worth mentioning.

How Much Does it Cost?

The good news is that the Italian manufacturer has decided to keep the price intact compared to the previous generation. This is not a surprise and certainly is a reasonable decision for only a mild update that we are getting here. In Europe, the model will start from about $25,750 (£18,440 in the UK).

Although it may be a little bit disappointing, this one is very well worth a look because it’s stylish, comfortable, and well-finished and lack of updates does not impact the performance. Not to mention heritage that models from Alfa Romeo bring.