Finding a decent daily driver when you’re looking for speed, comfort, practicality and affordability is difficult. We may sound picky, but when you’re on the hunt for a new car, not just any car will do. You want to be satisfied with what chosen model brings. Looking at our requirements finding a car that has everything may be closer to fantasy, but one car gets really close to the mentioned qualities. Of course, it too has flaws which we’ll get to in just a bit, but allow us to introduce the Acura TLX.

We first saw the TLX at the 2014 New York International Auto Show. The car went into production next year, pretty fast, considering the concept was shown in Detroit just a few months before that. It’s now 2016, one year later, so rather expectedly Acura decided the TLX isn’t due for an update just yet. It still retains the same good and bad sides, so let’s just recap on why it’s such a great car, and why you should consider it as your next buy.

We kind of expected the TLX to retain the same styling from the concept version, and we were right. It’s not that surprising, to be honest. It was obvious from the get-go that the introduced vehicle was almost production ready, so it’s only natural to carry all of those elements to the car which will be sold publicly. It does look like an Accord from some angles, but hey, it’s Acura, Honda’s luxury brand. 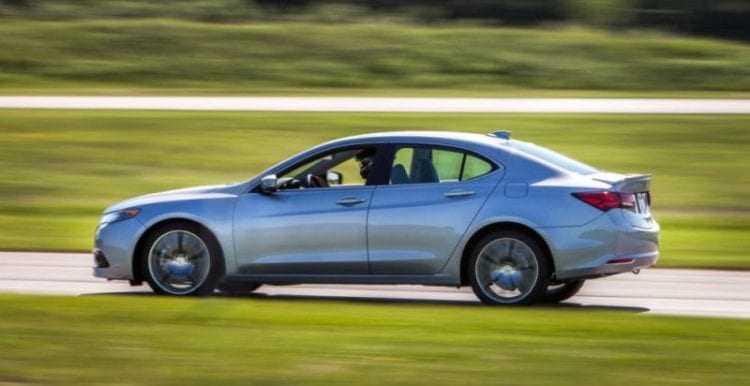 Line it up next to the old TL, the car which the TLX replaced, and you’ll see it’s actually 3.8 inches shorter. It may sound counter-intuitive, but all of that length has been taken from the front and rear overhangs, effectively leaving the same wheelbase and interior space. This allowed Acura to accomplish two main goals: make the TL sportier looking, but leave the great cabin space. A sporty look without compromising what really matters. We quite like that. 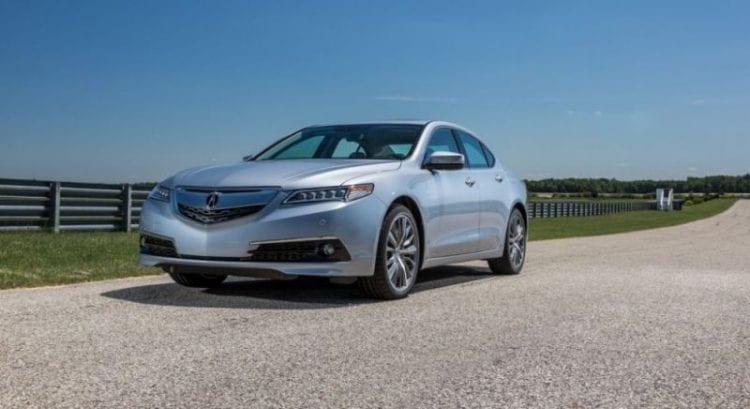 The front fascia is mostly dominated by a large grille, by now almost a trademark for Acura. At both sides, it’s surrounded by the Jewel Eye headlights which feature LED technology. The fact that the main light unit contains five separate projectors makes it that much more expensive looking. It’s not the most aggressive design, but it’s pretty effective at doing what Acura intended it to do. The chrome trim on the lower intakes and the sharp, mean looking winglets complete the sporty yet elegant look.

The side of the car is a standard large sedan. The classic roofline shape is still there, as are the lines and creases from the concept car, even the one thing we thought would be changed. That really surprised us, in a good way. We’re glad Acura left those in too. The lines are flowing, joining up at the rear just before the LED taillights which are nicely fitted into the rear end as well. 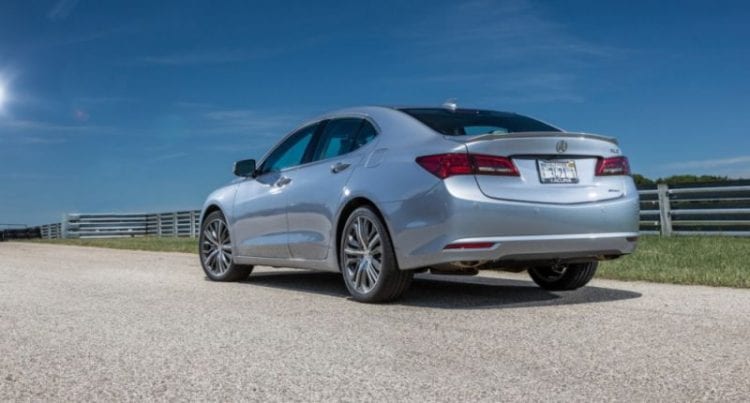 A large improvement is visible in the interior. No, not compared to the 2015 model since 2016 is effectively a carryover, but from the previous TL. In fact, the entire cabin is much closer to the top of the line RLX or the MDX than it is to the old TL. The dashboard is sleek and elegant with elements beautifully incorporated into it. The lines flowing through it are very natural, joining up the door panels and the center console seamlessly. As far as cabin design goes, this is an understated one, but it certainly isn’t lacking any features. 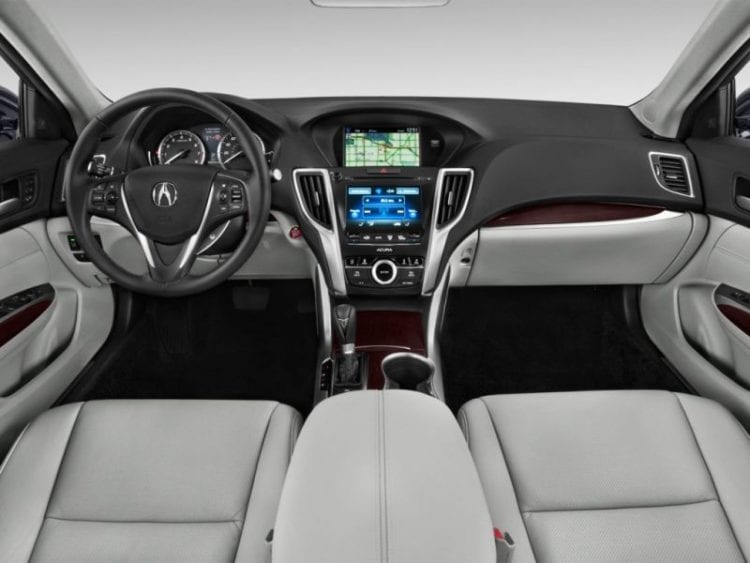 Following the trend set by design, used materials are another segment in which this vehicle has a lot to offer. High-quality, even if we take a look at what a lot of the stronger competitors offer, still don’t expect German levels of material quality. For most people, however, they’re more than enough. To be honest, 99 percent of buyers won’t tell the difference even side by side. Yes, even a direct comparison will yield very little to the average customer. But, we must be thorough so there you have it.

The seats are comfortable with a lot of padding, giving you the impression you’re sitting in them rather than on them. This is perhaps one of the biggest pluses of any car. If you’re comfortable and feel in control of the car, you’ll have a lot more confidence in it, as well as yourself. The Acura TLX does this with ease. There’s more than enough headroom and legroom in both rows of seats, but three taller adults will want the journey to be over sooner. We can’t fault it for cabin space as it’s one of the class leaders. 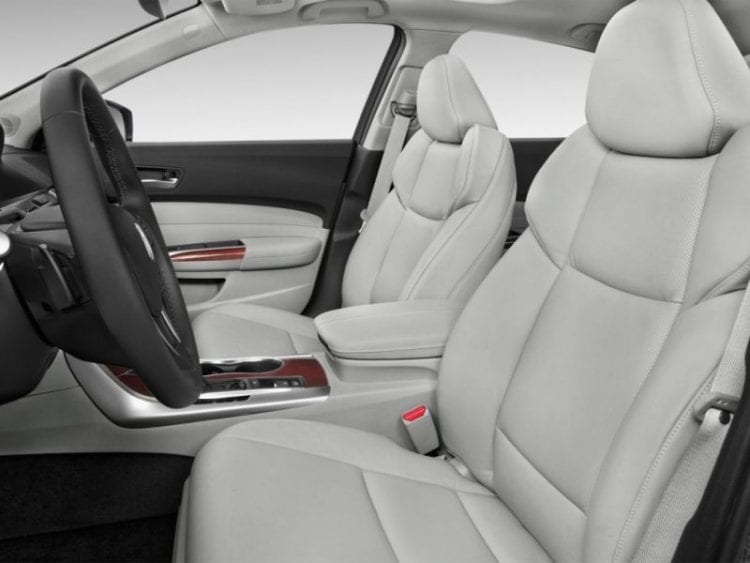 As for engines choices, you get two. The first one is a 2.4-liter four cylinder developing 206 horsepower and 182 lb-ft of torque. It only comes in a front-wheel drive version and is mated to a special eight-speed automatic that also offers a manual control. It’s basically a PDK or a DCT, just in Acura terms. This means two clutches and seamless shifts. Acura has gone to the effort of fitting a standard torque converter too so that even low speeds aren’t an issue.

The 2.4 four-banger reached 60 mph in 7.4 seconds, which is below average for the class. It should, however, return 28 miles per gallon on the combined run, an excellent result… if it were true. On tests, the figure could drop to around 24 mpg, a significantly lower number.

The more potent option is a 3.5-liter V6 with 290 horsepower and 267 pound-feet of torque. There’s no fancy dual clutch transmission here, just your run of the mill nine-speed auto. Unlike the four-cylinder, the larger V6 can be fitted with an all-wheel drive system as an optional extra. 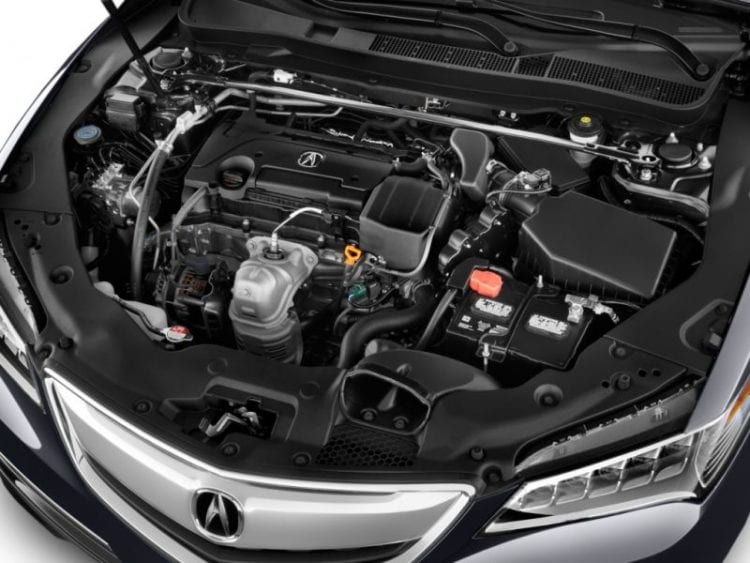 The V6 is a lot faster with the same 60 mph sprint completed in about 6.2 seconds, which is still slow for comparable competitors. The predicted mpg for the combined run is 25 mpg for both the front and all-wheel drive, although testing the all-wheel drive one showed a poorer 22.5 mpg. Not a huge difference compared to smaller engine plus we had a disadvantage of AWD system here.

If you don’t mind slower acceleration, you can even go for the four-cylinder. The TLX as a whole handles really well. It’s beautifully damped and controls the body roll nicely. Prices for the standard car begin at $31,700 and go up accordingly.