An often overlooked choice in the midsize luxury sedan segment is the 2016 Acura RLX that offers a lot of things most competitors can’t, but yet remains largely under the radar for anyone looking for cars like this one. Not that there’s anything wrong with it, but it never failed to amaze on any particular level. If there’s one thing that makes you second guess your choice, it’s a mediocre feel when driving it.

For 2016 Acura left the RLX largely unchanged, although new and bigger 19-inch wheels are now standard, and there have been some tweaks to the suspension and the chassis. When looking at the safety features, it is pretty hard to imagine that there is still options that could be offered and new technologies that could be introduced, but Acura manages always to push the bar little bit higher.

A similar situation is with the infotainment which always impresses us with new options. On the first look, the RLX now makes a more decent choice, but is that true?

Let’s start with the looks. They’re not the car’s high point but aren’t half bad. It’s a pretty large sedan for its segment, carrying the distinctive sedan roofline and overall dimensions that can be compared with other entries here. There’s nothing about it that screams look at me, but with a luxury vehicle like an Acura, and RLX of all models, why would you want such a thing?

The front part design is instantly recognizable as an Acura. The V-shaped grille occupies most of the center fascia, with the Acura logo embedded in the front chromed V-shape addition in the top of the grille. The grille itself has been outlined with a chrome trim, and there are two extra V lines under the big one that further shows the refinement of this model.

The headlights are similar to those on the ILX, with the five distinctive light elements in each of the headlights, which we might add, are LEDs. The bottom of the bumper has a nice lip spoiler, and cut-off V lines carried from the wheel arches to the center of the fascia, just below the grille.

There isn’t much to say about the side styling. There aren’t that many lines, apart from the one running just below the door handles. It follows the entire length perpendicular to the road, only curving up for a moment once it reaches the wheel arches. The same line later joins the front to form the cutoff V lines mentioned above.

The rear isn’t that notable either but we can’t say that it’s boring. The taillights are nice, especially since they too feature LED lights, but there isn’t a defining characteristic that stands out from the rest of the car or indeed, rear fascia. A chromed piece connects both taillights, with the Acura logo above it and the table spot just below. The lower lights on the bumpers are at the very edge of the car for a more elegant look. 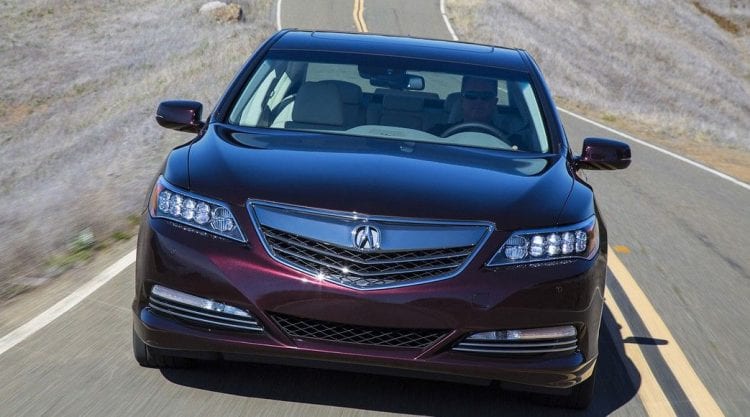 Moving on to the interior, the first thing you notice when you step in the cabin is just how spacious it feels. While this does have its advantages in both cargo room and front-row space, it’s the second-row passengers who benefit the most. Headroom is alright, but legroom is massive. It trumps most of its competitors with three more inches of legroom, a huge difference when talking about a midsize sedan.

The seats themselves are comfortable enough, as well as supportive, but the fronts can get a bit tedious and annoying on long journeys. There’s no question about the materials they’re wrapped with, however. It’s pleasant to the touch, let alone to sit on. If you ignore the fact that the front seats get tiring after really long drives, it’s one of the best cabins this side of a full-size sedan.

As mentioned, the technology front is where the 2016 Acura RLX improved a lot. Most of the systems and functions have been upgraded and made more user-friendly, not a simple task in a car loaded with as much technology as the RLX.

There are two screens in the middle console, a top 8-inch one for the maps and a 7-inch one just below it for all of the functions, including the ones for the navigation. Speaking of navigation, it is super easy to use it now thanks to a large control knob on the center stack or via voice commands. The only downsides are probably the less than up to standard graphics on both screens and the less than easy to understand physical buttons.

Behind the second row of seats, in the trunk, you’ll find 15.3 cubic feet of space. It’s not bad, but sadly the lack of a folding rear seat mechanism means that you can only carry longer objects through the center pass-through. The Sport Hybrid models have a much smaller trunk, topping out at 11.6 cubic feet obviously due to the batteries that are located in the cargo area. 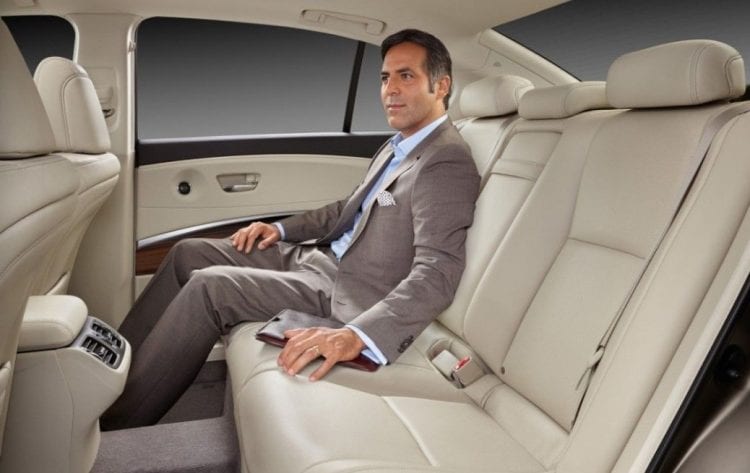 The only engine option is a 3.5-liter V6 capable of developing 310 hp and 272 lb-ft of torque. Just like most of its competitors, it’s a front-wheel drive only model and that engine are mated to a six-speed auto as standard.

Should you choose the RLX Sport Hybrid, you’ll get the same V6 coupled with a three-motor system and a different seven-speed automated manual transmission. That power will also be sent through all-wheel drive system making it quite more useful than the standard version. The hybrid outputs an excellent 377 horsepower and 341 pound-feet of torque.

The standard RLX completed the 0 to 60 miles per hour sprint in 6.3 seconds, just above average for its segment. It manages to return 24 miles per gallon on a combined run that also places it in the middle of class.

The hybrid, as you would expect, is much faster, completing the same dash to 60 mph in just 5.4 seconds. Thankfully to the all-wheel drive system and slightly more power it is possible to reach these results. More importantly, the fuel economy is raised and stands at 30 miles per gallon on a combined run, a great result considering how large the car is.

We like both versions, and whichever one you go for you won’t be disappointed. The V6 engine is smooth and powerful, especially when used in conjunction with the six-speed auto. The ride itself is comfortable and well damped, but isn’t quite up there with the rest of the competition, especially not the steering feel.

If you’re attracted by the RLX, go for it, although try out other cars from the segment too, just to make sure it’s right decision. Prices start at $51,000 for the base model and go up as you start adding gadgets.