The ILX was first introduced in 2013 when Acura decided the U.S. market needed a compact sedan with a focus on luxury. It wasn’t built on anything, but rather it used an all-new platform, independent from the rest of the range. It was, in fact, the first real compact car to come out of Acura since the RSX. At the time of the launch, no other car in that segment offered a hybrid system, so credit where credits are due, the ILX was a real breath of fresh air despite the fact that not many people opted for it.

In 2015, Acura decided the hybrid option was no longer viable since not a lot of people went for it, so they dropped it from the range entirely. The only engine choices at that time were two four-cylinder units, with a 2.4 and 2.0-liter displacement respectively. Other than that, it remained largely unchanged for 2015, but all of that changed in 2016 with the newer ILX introduced here. Before dwelling deeper into the engine department, which proved to be somewhat of a disappointment, let’s examine the things that are better, its strong sides if you will. 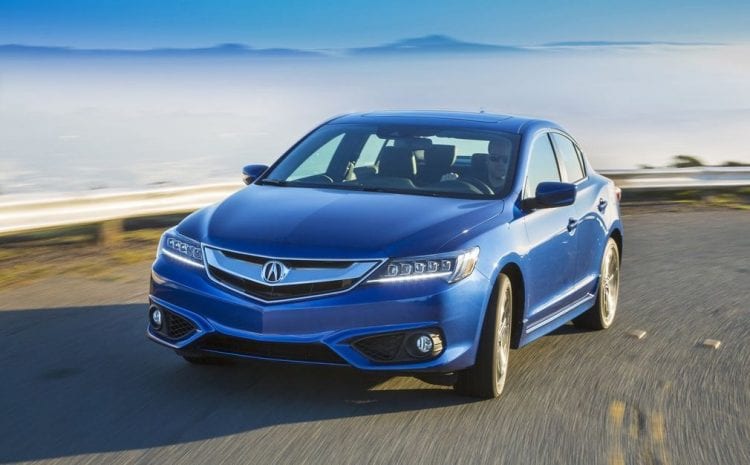 The outside dimensions are pretty much the same, as is the shape. This isn’t anything of a surprise since most facelifts are the same car underneath. The front and rear styling of the ILX has been drastically changed, however, and for the better, we might add. 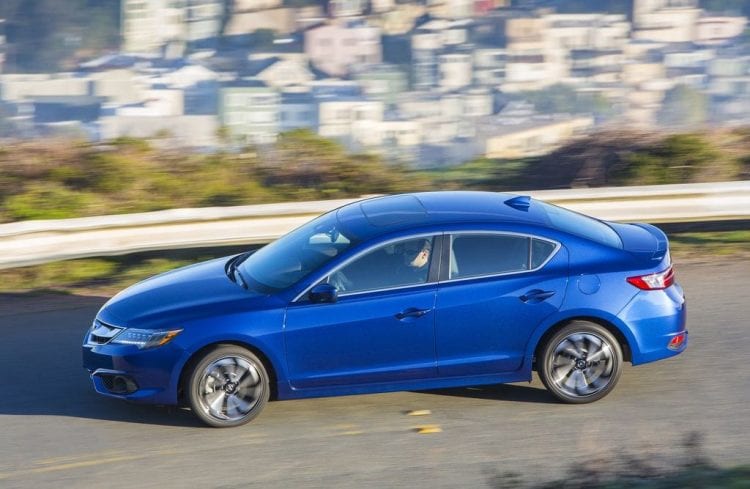 The font grille has been redesigned, with a more diamond looking shape, separated by a V-shaped addition in the middle, separating it into two parts. The Acura badge is still present, located in the center of the grille. The headlights now feature the latest LED technology and have five circles integrated into them (there are five lights inside the light assembly). The entire apron has been redesigned, and even the turn signals are different. Also, the lower part of the bumper has new intakes as well as a bigger air dam. 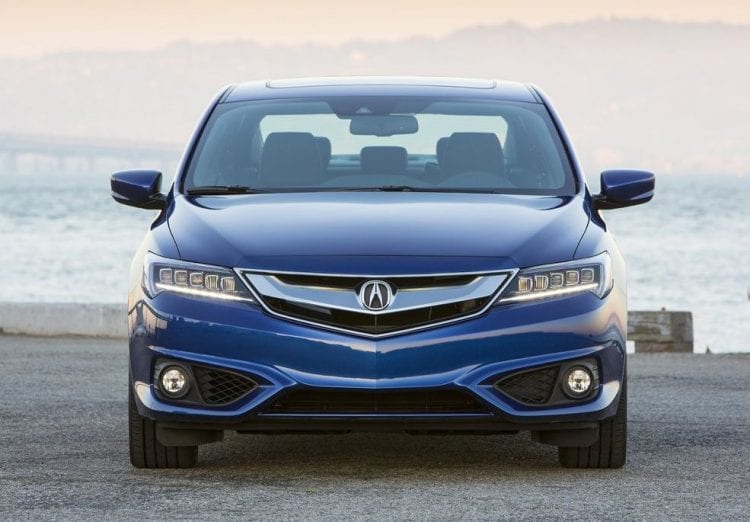 The rear has less distinctive upgrades, although the LED taillights have been sharpened up a bit, and the apron gets extra housings which are similar to the ones on the front bumper, matching both ends of the car much more nicely and completing the overall look. The car rides on 17-inch aluminum alloys with ten spokes finished in natural aluminum. 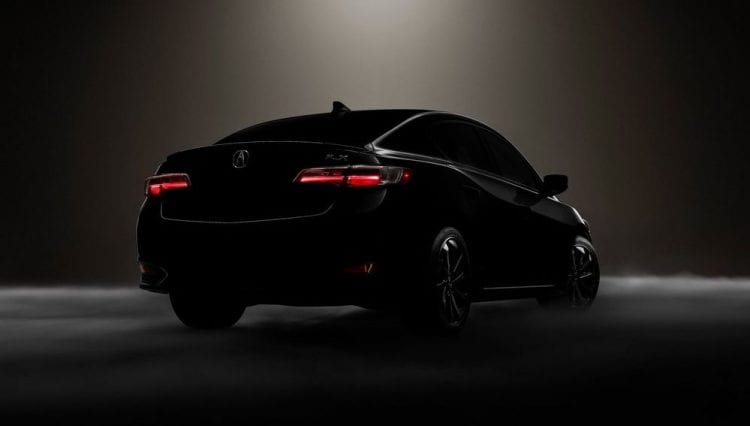 The available A-SPEC package does add some extra stuff, but it’s only available if you opt for the Premium and Technology packages too. It adds much more aggressive side sills, fog lamps and the front, a sportier trunk-lid spoiler at the rear and increases the wheels to 18 inches. Well, they’re different ten-spoke wheels, this time machined and refined with black accents. It’s a shame that the base model is devoid of the A-SPEC because it’s a very compelling package.

The interior updates aren’t as thorough as the exterior ones. There’s contrast stitching on the steering wheel, the gear knob, the handles for the parking brake, and a silver trim for the dashboard, although it’s only on the passenger side. The A-SPEC isn’t an exterior only package because the Technology and Premium packages needed to get it upgrade the interior. Firstly, in the form of a Premium Black interior which adds perforated Lux Suede inserts for the seats, a red illumination for the instrument panel, gray stitching for more understatement, and all-aluminum pedals. 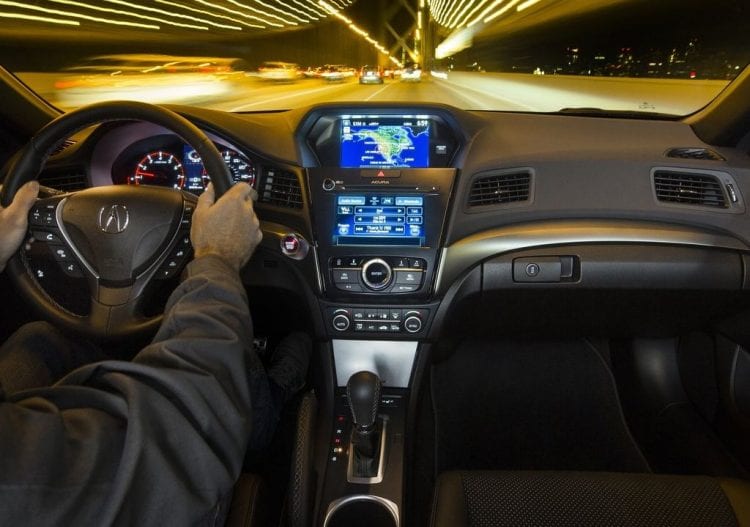 The real upgrade here comes in the technology on offer. Should you go for a Premium trim or even above, you get a driver’s seat with two positions memory function tailored to you, an even crazier four-way adjustable passenger seat, and a Homelink remote. There’s Acura’s brilliant On-Demand Multi-Use Display taking advantage of the eight-inch screen on the top of the dash and the seven-inch touchscreen one on the bottom.

All of the trims, bar the base model, have a Blind Spot monitoring system and Rear Cross Traffic Information, bringing the ILX to Lexus levels of safety. If you want everything on the safety front, you can opt for the AcuraWatch, which brings Lane Keeping Assist System, Road Departure Mitigation, Adaptive Cruise Control and a better Collision Mitigation System to the table. 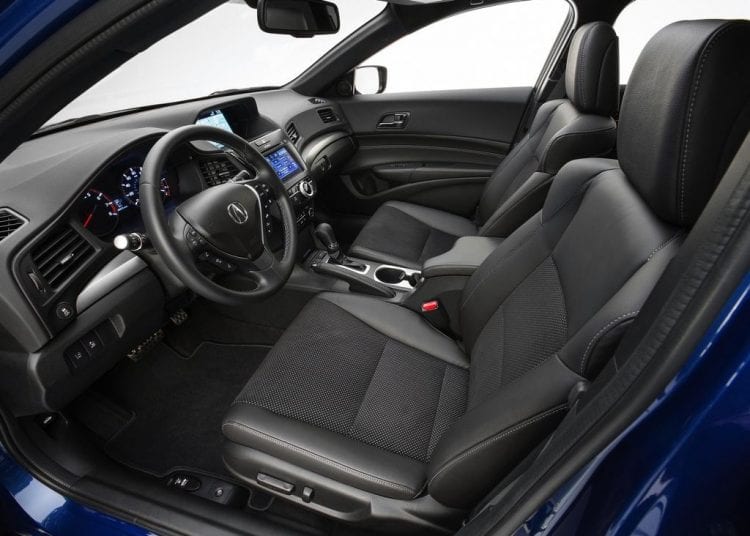 There’s plenty of headroom and legroom in the back, just as there is in the front row of seats. The seats themselves are very comfortable, despite the fact that they lack some lateral support. The entire cabin is better insulated than ever, thanks to stuff like much thicker glass on the doors and Acura’s Active Noise Control technology, something taken straight from the bigger TLX model.

As far as engine options you have, this year you don’t get any. The 2.0-liter has been dropped, leaving only the larger and well-known 2.4-liter four-cylinder from Honda. Still, it’s a lot better for those who opt for the base model, since the 2.4 is now standard across the range. It develops 201 hp at 6,800 rpm and 180 lb-ft of torque at a high 3,600 rpm. 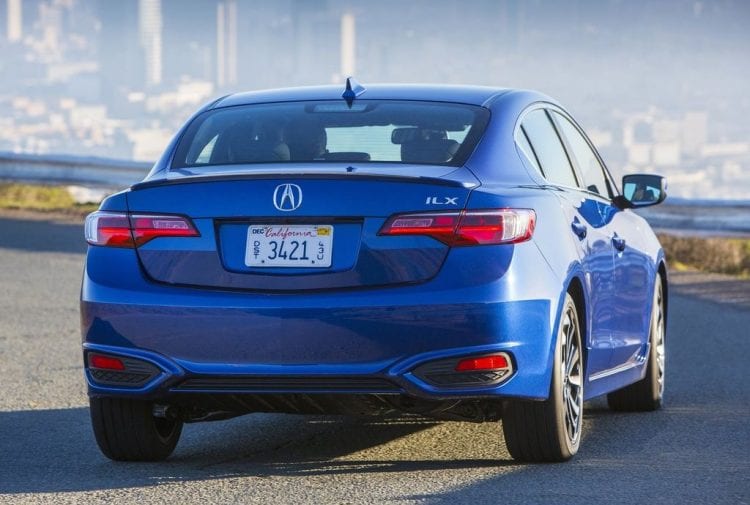 At first glance, it seems like a big thing, and it is if you go for the base model. Otherwise, the measly ten lb-ft of torque increase compared to the last 2.4 unit isn’t noticeable at all. The lack of a bigger V6 engine or a turbocharged powerplant with more hp is also a letdown, but there are some strong sides here. 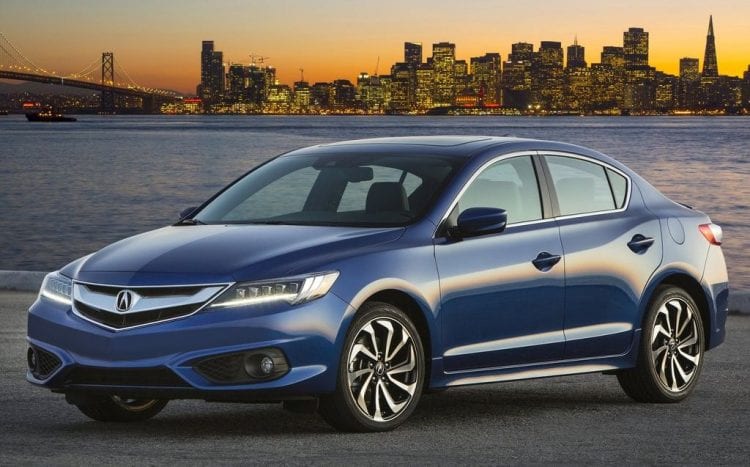 Mainly in the form of an eight-speed dual-clutch transmission that is paired with this engine. It can operate fully in automatic mode, or you can switch it to manual and control the shifts yourself through the paddles behind the steering wheel. This transmission has been lifted from the TLX too, and it should improve acceleration times significantly.

Overall, we can conclude that the 2016 Acura ILX is still a great car, but only suitable to those who don’t mind the relative lack of engine choice or power. If you want a comfortable, luxurious sedan with lots of tech features, this is the one. Prices begin at almost $28,000 for the base model and go up accordingly.