For 2015 the Jeep Wrangler receives eight speakers for the standard audio system, with the optional Alpine setup rocking one more additional; with nine speakers making for a great audio experience. The Torx toolkit is now standard as well, and you can use it to remove the doors as well as the roof. Last but not least, the packages and the trim levels have been shuffled quite a bit. The Altitude and the Rubicon Hard Rock editions made their debut, but the latter is the Rubicon X we saw last year with the premium audio system as a bonus. The X moniker has been used for a new trim now. A trim which now comes equally to the loaded Sahara.

Besides maybe the Beetle or eventually the Porsche 911, the Jeep Wrangler is one of the very few vehicles with a heritage longer than the average human life span. What’s more, it’s stayed true to its roots providing a lot of heritage inspired models. Sure, things have changed quite a bit, but the same can be said about any vehicle.

The Beetle evolved from a cheap transportation device into a styling accessory, and the Porsche 911, although true to its rear engine roots, changed from turbocharging and air cooling, to natural aspiration and water cooling, and back to turbocharging in the recent year once again. It’s safe to assume evolution takes its toll on all things, and the Jeep Wrangler is no exception.

Ask anyone why they like the Wrangler and the first thing they’ll say is because of its character and off-roading capabilities. It’s not a vehicle meant to be measured by sheer stats or numbers alone. If you do that, you may as well be comparing a Ferrari to a scooter. It not only loses out to most of its rivals as a simple and logical option but as an economical one too.

The performance to price ratio is way off, and you can’t justify buying it if you go by logic alone. You’ll never be able to convince your wife/husband that you should buy one just by showing them pictures or telling them stats. Take them for a drive in one, however, and you might be able to convince them immediately. It’s a car that you judge by the heart, not the head. It’ll bring you lots of frustration, but double the joy especially if you like going on off-road excursions.

The 2015 Jeep Wrangler receives minimal changes compared to last year model, much like every Wrangler has done to this very day since pretty much the beginning, its roots. That doesn’t make it less awesome, however. The Wrangler is still a convertible SUV offered in a two-door Wrangler and four-door Wrangler Unlimited version. Both of them are available in three different trim levels: Sport, Sahara, and Rubicon. The sub-trims are divided into Altitude, X, Freedom Edition, Willys Wheeler and the Rubicon Hard Rock. 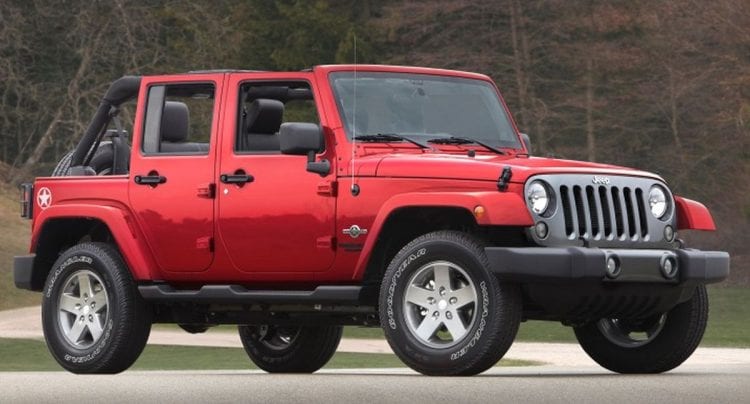 Obviously, as you go higher up the ladder, you get more features but, naturally, for more money. If you plan on driving your Wrangler off-road, we strongly suggest you go for the Rubicon. It’s the most off-road oriented vehicle of the bunch. It not only competes with vehicles its size and price range but with ones placed one or two levels higher. It’s like a mountain goat, able to go virtually anywhere. That’s the strong side of the Wrangler, its unstoppable nature, the exploring character and the ability never to cease to amaze you.

Under the hood we find a 3.6-liter V6 developing 285 hp and 260 lb-ft of torque. In standard form, power is sent to the front wheels, and even then you get high and low range gearing. The Rubicon gets short gearing and a different, more robust, transfer case which features an extra-low crawl ratio. With this setup, you can go extremely slow over any obstacle. The six-speed manual transmission is standard and so is the hill start assist.

The five-speed automatic transmission is optional and so is the hill start assist with it and the hill descent control. It was made for off-roading not towing so rather unsurprisingly it can only tow 3,500 in four-door version. The two-door Wrangler is even more disappointing being able to tow just 2,000 pounds at maximum. Granted, you may never need to haul that much or anything for that matter, especially with a Wrangler, but for such a robust vehicle you’d expect it to perform better in that area. 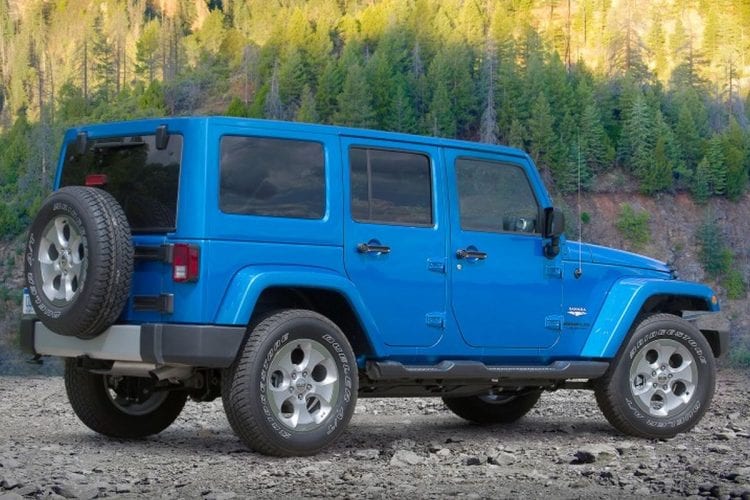 The two-door Wrangler managed to reach 60 miles per hour in 6.9 seconds, a seriously quick time for an off-roading vehicle. The much heavier Wrangler Unlimited with the slow automatic transmission needed a very long and hefty 8.8 seconds. This makes it a second slower than the Nissan Xterra but more importantly, below average for its segment.

If speed and nimbleness are key or top on your priority list, go for the standard Wrangler with two doors. The two-door Wrangler managed to return 18 miles per gallon on the combined run (17/21 for the city and the highway respectively), and the Unlimited managed the same 18 mpg on the combined run but with 16/21 for the city/highway. The auto was even worse, dropping 1mpg on the highway run. 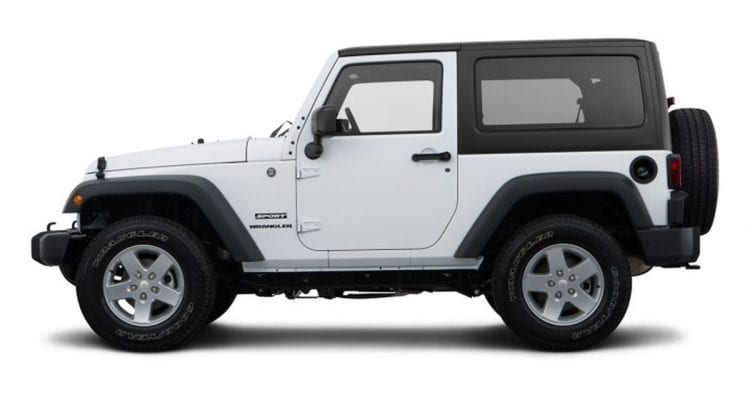 If you want the fun to drive vehicle but you are ready to get one that is not practical, the Wrangler might be for you. If you go to the Sport or X, trim you might just get away with daily driving it. We wouldn’t recommend it, but you could certainly do it. If off-roading is the game plan, then the Rubicon is definitely up your alley. We guarantee you won’t be disappointed in the slightest bit. It manages to surprise you every time you think you’ve reached its limit. The engine is strong and just keeps pulling, and the chassis is more than well sorted to deal with anything.

Once you hit the dirt track and exit the pavement, all the disadvantages turn into advantages. We can’t fault the Wrangler for off-road driving. Prices begin at just $23,000 for the standard car, but you’ll have to shell out a lot more for a Rubicon or X. Standard Rubicon version is priced at $32,195 while the Unlimited Rubicon will cost you $35,995.