When it comes to large minivans with seating for more than five people, your safest bet is the Honda Odyssey. Japanese car maker has been in the game for longer than anyone else. They invented the true minivan segment with the very first Odyssey. Not only is it one of the best vehicles in its segment due its practicality and comfort, but also because it’s a Honda. With that come excellent customer support, unmistakable reliability and a bang for the buck that’s unrivaled. If a minivan is your thing, the Odyssey should probably be the first vehicle for you to check out.

Despite that, however, every car has its strong and weak sides, and the Odyssey is no different. Read on to find out more in greater detail about how it performs and what it lacks. As for the 2015 model, it’s virtually unchanged but don’t let that cause concerns. The 2014 model got a large overhaul, so it’s only expected that they let it settle in for the 2015 year. It’s not like it lacks a lot anyway. It’s already a best-seller in its class, not to mention one of Honda’s best products.

Just like we said, the Odyssey remains unchanged for 2015, and that means we have the same trim levels: the LX, Ex, EX-L, the Touring and of course the Touring Elite.

The base seven-seater model is the LX. It’s got 17-inch steel wheels, a small rear spoiler, two-zone air conditioning (but it’s manual), keyless entry, cloth upholstery, a driver’s seat that’s eight-way adjustable, a front passenger seat that’s four-way adjustable, a 60/40 split for the third row of seats and a tilting and telescoping steering wheel. On the technology front, there’s cruise control, a rather large 8-inch display, Bluetooth connectivity as well as audio connectivity, an auxiliary jack, a USB jack and a very useful rearview camera. I think we can all agree; the LX is so packed that it’s more than enough for most people. This is coming from a base model bear in mind, and we see some features that aren’t even available in the flagship versions of its competitors.

Step up to the EX and you get 17-inch alloys, heated mirrors, a tri-zone climate control that’s now automatic, an adjustable second row, retractable sunshades for the second row and a removable center console. You also get the “LaneWatch” and blind-spot monitoring camera system in addition to the gadgets from the LX version. The screen has been downsized to 7 inches but it is of better quality, and it brings the HondaLink smartphone integration.

The EX-L gives you a sunroof, leather seating for the front and second row, heated front seats, a power liftgate, satellite radio and a chilled storage box. On the technology side of things, you do get a forward collision and lane-departure warning systems which can prove to be a lifesaver. As optional you can also get voice operated navigation, a rearview camera, and a rear-seat entertainment system.

The Touring brings fog lights, parking sensors for both the front and the rear, memory settings for the driver, an 115-volt outlet and retractable sunshades for the third row as well as the second. The navigation system and separate entertainment system for the rear (as the one on the EX-L) are standard here. The flagship Touring Elite gives you xenon headlights, a regular blind-spot warning system, a better entertainment system and a whopping 12-speaker audio surround-sound system.

Obviously with a car like the Odyssey the main focus is being put on the interior rather than the exterior styling. You can’t exactly make a brick shaped car that desirable. Although that being said, the Odyssey isn’t that bad looking. It’s got Honda’s current visual design language which makes it at least acceptable. It’s still rather large, flat and dull but by no means is it irritating. 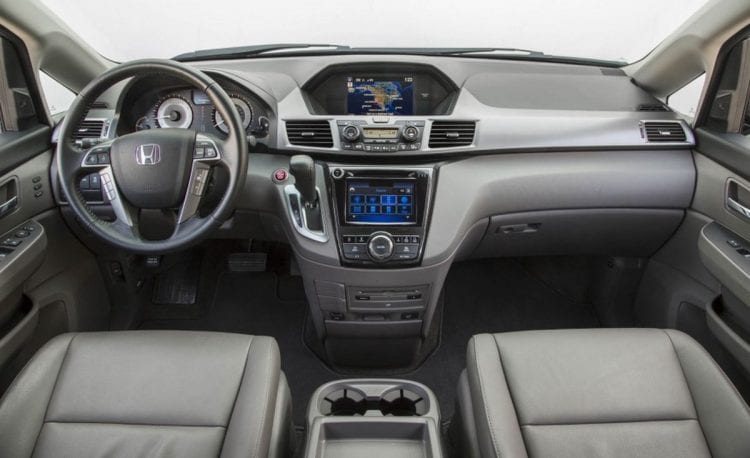 The interior immediately strikes you as being purposefully built. You can see that a lot of thought has been put into everything. The arrangement is perfect for fitting lots of people and carrying a lot of stuff. The removable console and multifunctional second row is a strong indicator of the car’s practicality. Not only is it large to begin with, but the fact that you can organize the interior elements as you wish means you can have the optimal configuration for every situation, whether it’s transporting eight people in comfort or folding all of the seats down to carry a large object in the back. 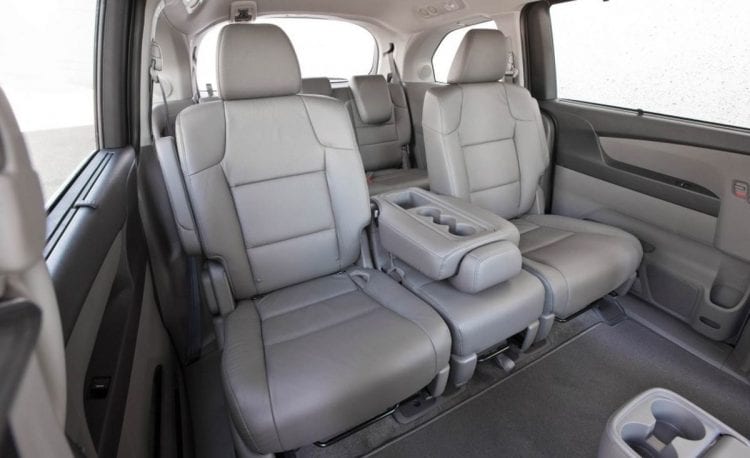 Although as we saw, even the base model is filled with equipment and most of the buyers would live just perfectly fine with it, when it comes to choosing the vehicle people to gravitate towards the Touring Elite. And honestly, we’re going to have to agree with them on that. Yes, we did say the base model is fine but look at it this way: You’ll only buy it once. If you have the money, doesn’t it make sense to buy the top version?

The hood hides a 3.5-liter Honda V6 engine with 248 hp and 250 lb-ft of torque. The power is transferred to the front wheels via a six-speed auto transmission. The minivan should return around 22 mpg on the combined run with 19/28 mpg for the city and the highway respectively. Realistically you’re looking at 20 or 21 mpg in the real world which is still relatively good. Among the things that could be improved certainly, is the engine where the future models could benefit from adding new and more efficient units. 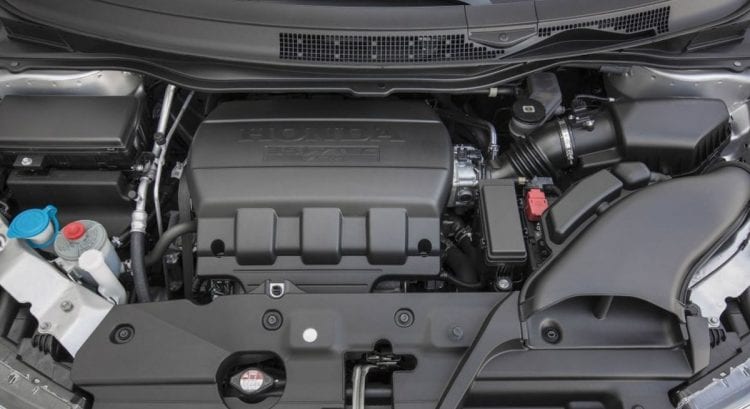 The top Touring Elite version can reach 60 mph in 8 seconds. It’s decent for such a large vehicle, and it’s better than most of its competitors. When it comes to cornering, however, the sheer size of the Odyssey comes into play. We have one tall vehicle that will certainly lean in corners; even it is perfectly safe, and you will go through that corner with ease you will notice that it leans. The fact that a lot of the rivals are smaller means that they can corner a bit better and are agiler. The Honda, on the other hand, can tow up to 3,500 pounds if equipped properly. Something that should not be ignored.