Cars like the Honda Crosstour are difficult to categorize. On one hand you can view them as a sedan/wagon, but they don’t feature the same sleek lines. They’re definitely not a hatchback due to the length, despite the fact that the end is cut off just like on most hatchbacks. It’s a weird mix, with the opinions split down in the middle. Most seem to like it or at least think it is okay, but there are those who believe it shouldn’t even exist.

The Crosstour was first launched in 2010 and at the time, it was in a segment of its own. Yes, Audi had something similar with the A6 Allroad and even now with the A7, but the Accord Crosstour isn’t like that. It’s got a sedan body, the length of a wagon, the rear section of a hatchback and it’s taller and has some similarities with a small SUV. If ever there was a car as unique as this, you wouldn’t have guessed that it would have come from Honda.

The 2015 version of the Crosstour is basically the same car as the one from the previous year. Nearly nothing is changed, and if anything is, we can’t tell. The quirky exterior is still present and unchanged. To be honest, we rather like it. It’s one of those cars that starts out with you thinking “Oh I don’t know” but ends up being “I quite like it.” 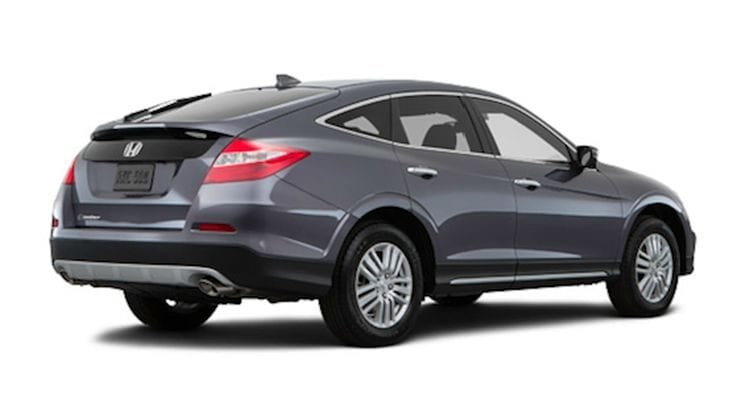 Starting off from the front, we have distinctive Honda styling. The headlights are angular and elongated, getting smaller as they progress towards the sides of the car. It’s basically the same main light units design as the ones found on the Odyssey (2017 Honda Odyssey)  for example. The grille is recognizable Honda and so is the bumper. You wouldn’t mistake it for anything else.

Okay, so far so good but here comes the dilemma. You turn the corner to look at it from a side profile, and you’re left baffled. It’s tall, a lot taller than an Accord should be. It’s small SUV tall. So you think okay, it’s a taller Accord. But as you get nearer to the back you notice that the roofline doesn’t gradually go down. Instead, it follows the car all the way to the back where it suddenly disappears into a hatchback style rear. First reactions are those of amazement. “Wow, such a car exists?”

You look at it from the rear, and you’re still standing in wonder, but you realize something. This is essentially a form of a shooting-brake but with SUV elements. The back looks more aggressive than the front thanks to the really tall and sloped glass. It will grow on you and if it already hasn’t, don’t worry. It has a tendency to do so. 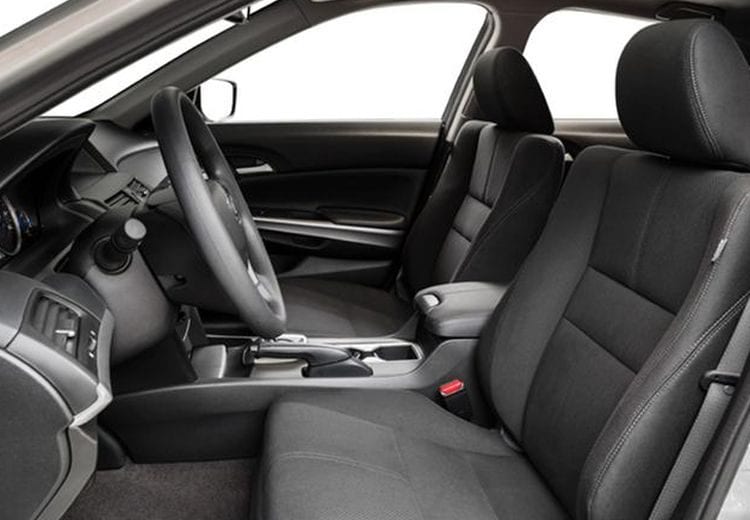 Open the door to get in and you’re greeted by the interior from the older car. Weird fact for you: the 2015 Honda Crosstour is based on the 2013 model of the Accord and not the subsequent newer model, so it lacks some features and refinement.
The first thing you see when you enter the cabin are buttons and more buttons. The whole dash and console are crowded with them. It’s worse if you go for the navigation system as it adds, even more, buttons. Thankfully it’s a big car, so they’re all spaced out, and there’s voice activation, so that helps simplify things.

Once you get over the buttons, you’ll notice that the cabin is huge. There’s plenty of head and legroom in both the front and rear since the roof doesn’t slope down until it’s all the way at the back. Tall people should feel great, like at home no matter where they’re sitting. The seats themselves are comfortable and offer a lot of support, to such an extent in fact that the lumbar support may be too aggressive for some people.

Now, it should come as no surprise that this is a five seater car with only two rows of seats without the possibility of a third one, but then again if you want more seats, you’ll go for a big SUV and not a shooting-brake style vehicle. On the positive side, you can sit even five adults in relative comfort.
You do sacrifice some boot space for the sake of looks and loading practicality thanks to the hatchback end, but it’s not a deal breaker. It’s got 25.7 cubic feet of room behind the third-row of seats or 51.3 if you take them down which is good but not close to standard wagons. It’s still as big as a sedan, so that’s a plus. 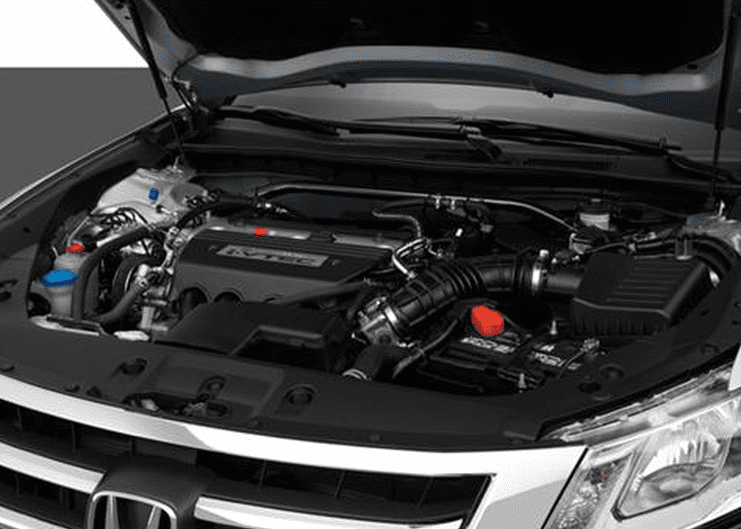 There are two engines to choose from. The first one is the standard 2.4-liter four-cylinder which develops 192 hp and 162 lb-ft of torque. It’s got decent power to pull the car along and offers excellent mileage, managing to return 25 miles per gallon on a combined run. You might feel this engine slightly underpowered; especially if you load the car little bit more.
The other option in lineup is Honda’s 3.5-liter V6 unit capable of delivering 278 horsepower and 252 pound-feet of torque. It offers a very nice shove in the back when floored and still returns 23 mpg combined. If you go for the all-wheel drive 2015 Honda Crosstour with V6, you’ll get decent 22 mpg. The four-cylinder engine comes with a five-speed auto while the V6’s have a six-speed one with flappy paddles and manual mode.

The Crosstour is still an Accord, so it’s no surprise that it has the classical Accord dynamic traits. The steering is accurate and gives some feedback which is pleasant. The V6 engine is really powerful and turns the car into a seriously fast vehicle, but it comes with an electrically assisted power steering which can feel a bit numb at times compared to the standard steering in the four-cylinder Crosstour. The only drawback? Because it’s higher and heavier, it’s less capable when compared to the standard Accord. You will feel this in corners where it has slightly more body roll, but that comes to play only when pushed hard which you will rarely do with a car like this.

For anyone fond of the styling or looking for something different we strongly suggest they take a look at the 2015 Honda Crosstour. It may not be the greatest idea ever, but it’s just as practical as the sedan and is very close to the wagon. Prices start at $27,530 for the base four-cylinder.