The 2015 Dodge Challenger came in late, much later than when everyone expected it too. With the aging Challenger, everyone was screaming for an update of any kind, but Dodge completely ignored our pleas for upgrades. Granted, they did have other stuff going on, but the Challenger slowly became the least popular muscle car of the trio (Mustang and Camaro). While both of those cars received updates and special editions the Camaro was still stuck in status quo, and we know that this usually affects sale results.

Thankfully the update was well worth the wait because we did get everything we asked for. The facelift may not have been as extraordinary as what the Charger received, but it was still a pleasant one. The anticipation of the update alone made the entire thing well worthwhile. There was a real scare of whether the car would live up to its name and whether Dodge can deliver but they sure did. The main question on everyone’s mind is now this: can the Challenger finally take the fight to the Mustang and the Camaro after trailing them for so long? Well, the short answer is no, but let us elaborate on that.

See, this was sort of the last update for the Challenger before the new Hellcat V8 arrived. The Hellcat proved to be more than a match for everything from Chevrolet or Ford, and then some. It offered so much that it blew them, including the old Challenger out of the water. So while the 2015 Challenger wasn’t able to fight its rivals head on, the successor, 2016 Dodge Challenger, managed to surpass them in certain regards. Overall, we’d say that even it can’t compete; the 2015 Dodge Challenger came in mighty close. 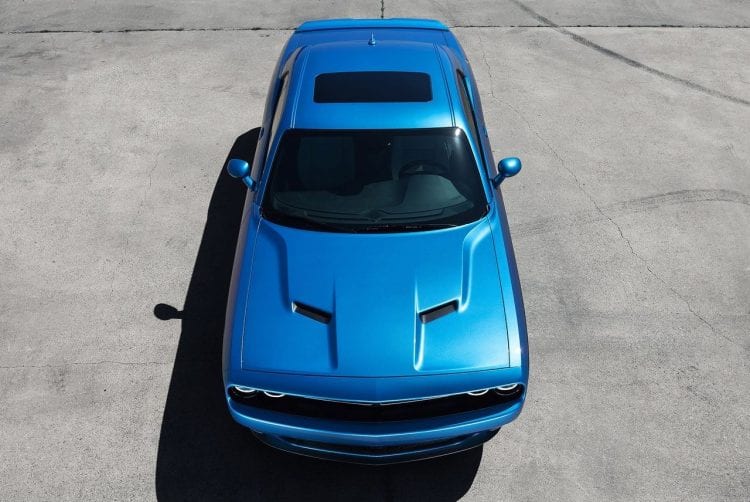 The 2015 Challenger’s styling was inspired by the 1971 version of the car. It was needed for the new model to offer iconic looks and not to stray far from the original on which it is based. So that means a split front grille, separate taillights and a much more pronounced and visible power bulge hood. The grille with chrome accents is flanked by the LED halo headlamps, which by the way look awesome, and the bumper gets a much larger trapezoidal intake which has been mounted upside down when compared to the old model. The turn signals lost some weight and is thinner while the fog lamps have been fitted with mean looking black bezels.

At the back, we can find highlights in the form of taillights placed on a gloss black background, a slightly reshaped bumper and a larger spoiler on the trunk. The exterior fit and finish seem to be much better for the 2015 version. That in addition to the mentioned changes make this a much better muscle car overall. Not just a muscle car, but a car as a whole which is something it needed to become more popular.

There are eight different trim levels to choose from, ranging from the base V6 powered Challenger to the most potent 392 Hemi Scat Pack Shaker.

The Challenger is also available with nine different wheel designs and seven different stripe options. Two brand new colors have been added to the palette; both are very striking as usual: B5 Blue and Sublime Green. They join the TorRed, Billet Silver, Pitch Black and Bright White. Creative names, we know. In all honesty, as striking and show off as the Green is, we’d have to say it’s our favorite. It makes the Challenger stand out, and it suits its silly and goofy character perfectly. With a huge number of color options, wheels, and stripe setups you can make your car different in the sea of other similar vehicles.

The interior has been drastically improved too. The new 1971 inspired console is just one element from the many new ones. The instrument panel has been reworked too and follows the same overall theme. The entire cabin feels more up-market than ever before thanks to polished aluminum inserts and leather wrapped surface all throughout the whole cabin. There’s a lot more technology too, mostly in the form of a brand new, massive 8.4-inch infotainment system and a large 7-inch TFT instrument cluster right in front. 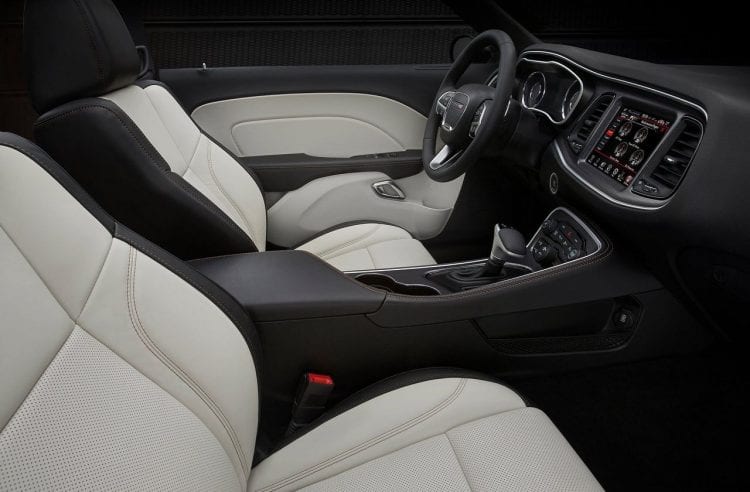 The steering wheel has been updated too. Well, it’s new. It’s got much better grips for the driver, and the new seats hold you in place a lot better thanks to redesigned side bolsters and better cushioning. You can have them in everything from premium cloth to the best stuff like Nappa leather in combination with Alcantara suede. A new option enables you to have a heated and ventilated combo with Nappa leather. A nice touch for both the hot summer and the cold winter. 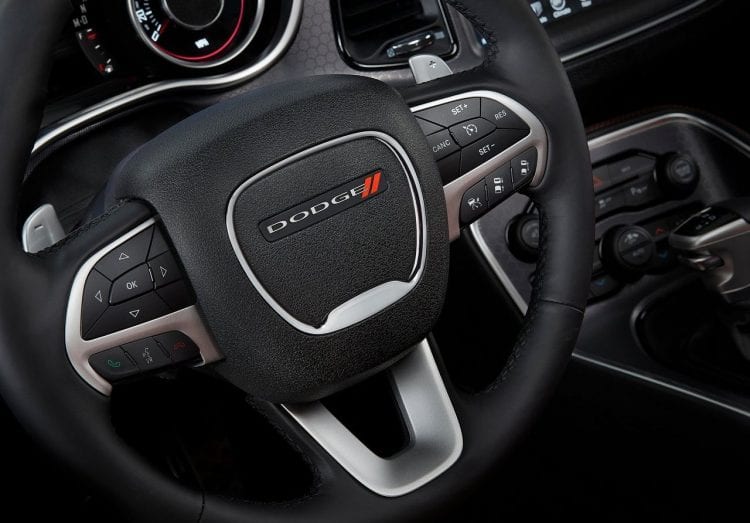 There’s 14 different colors and trims for the interior of the 2015 Dodge Challenger. All of these changes combined should be more than enough to boost sales alone. If you thought it was a good car before, wait until you try one out now. We guarantee you’ll like it. The interior finally matches the exterior and the engine, both regarding styling but also in terms of functionality and practicality.

The standard engine powering the SXT trim is the 3.6-liter Pentastar V6 developing 305 hp. Opt for the V8 and you’ll get a 5.7-liter Hemi with 375 hp and 410 lb-ft of torque on all R/T variants. The last unit is also a Hemi, but it develops 485 hp and 475 lb-ft of torque. It’s a much larger 6.4-liter V8 Hemi that’s thirstier but also sounds a lot angrier. The new Hellcat is the one to go for if you want the ultimate power but also the latest Challenger. It provides 6.2-liter V8 supercharged unit that is upgraded 6.4-liter engine and is capable of pumping out incredible 707 hp. 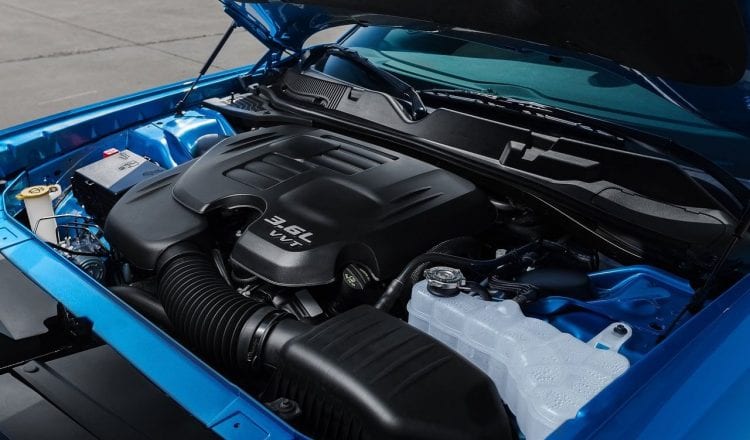 Still, we can’t believe how good of an option is the 2015 Dodge Challenger. Because the five-speed automatic has been ditched, it’s now a whole different car. The brand new TorqueFlite eight-speed transmission gives the 6.4-liter the freedom to do its thing, which is either ripping the tires apart or throw you back into your seat with incredible force. It also enables the Challenger to reach 60 mph in 4.5 seconds and go on to 182 mph. If we’re honest, we’d still have the six-speed manual that gives you control of the car and provides tonnes of fun.

Prices for the 2015 Dodge Challenger began at $27,000 for the base model and went up with the trim levels. Obviously, the 6.4-liter Hemi is the most expensive version with naturally aspirated engine, and it comes in the SRT 392 model but also the one we recommend if you have the money. For ultimate performances, Hellcat is the weapon of choice, but then the price goes to $58,295.