The first thing you need to know is this: the Chevrolet Camaro Z28 is the same for the 2015 model year as 2014 one. Following the numerous upgrades it received in 2014, new one sees virtually no changes being made it since Chevrolet, rightfully so, deemed it wasn’t necessary. So no need to upgrade, don’t worry, your 2014 Camaro Z28 is virtually brand new and those that are looking for a serious muscle car can opt for 2015 model. 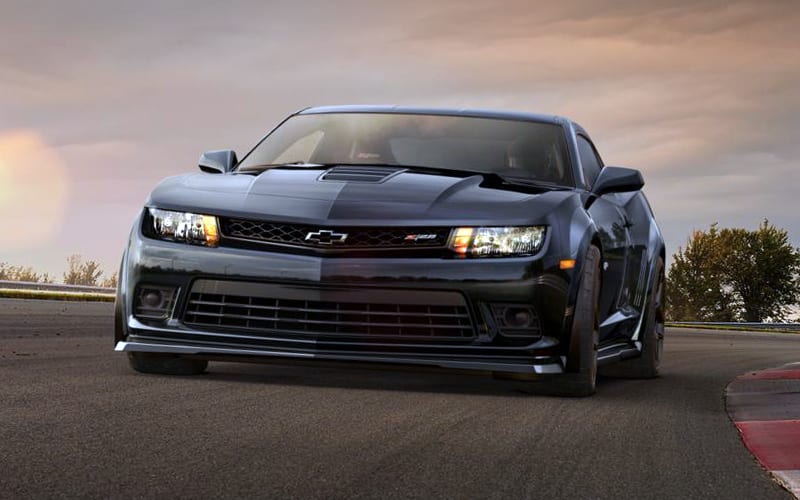 When it comes to cars, there are two types of cars in the world. There are the cars you need and the cars you want. The cars you need tend to be affordable vehicles mostly suited for your intended purposes and daily driving. Say you’re a parent with a family of six; you’ll obviously need a large seven-seater MPV or SUV. If you’re a builder and need to carry a lot of tools, you’ll need something with a lot of storage, ideally a pickup truck. You get the idea. Then, we come to the want category. Here you can place pretty much any car you could live your entire life without, but would be so much happier to have it. We’re talking Caterham and KTM track cars to Ferrari and Lamborghini supercars. Nearly everything to do with sport or luxury is almost always in the want category rather than the need. 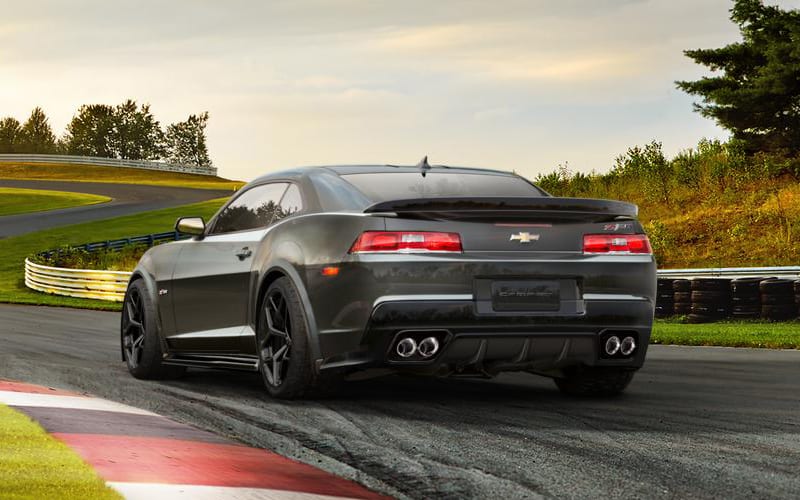 One prime example of this theory is the 2015 Chevrolet Camaro Z28. The standard model is already a cool car, and you’d certainly want one of those. But the Z28? Well, let’s just say it reaches the top level of want, a level where you would give up valuable stuff and do questionable things just to obtain it. At the back of your mind you know you don’t need it, but something keeps telling you that you have to have it.

The Camaro is a very versatile muscle car, with eight different trims you can choose from. You have everything from the sensible to the absolute extreme. As nice as a stock base or mild Camaro is, today we’re not covering that. Instead, we’ll be focusing on the flagship Z28 model; the one everyone is talking about. The car that immediately pops into your head every time someone asks what is the best Camaro. Yes, we’re talking about that car. 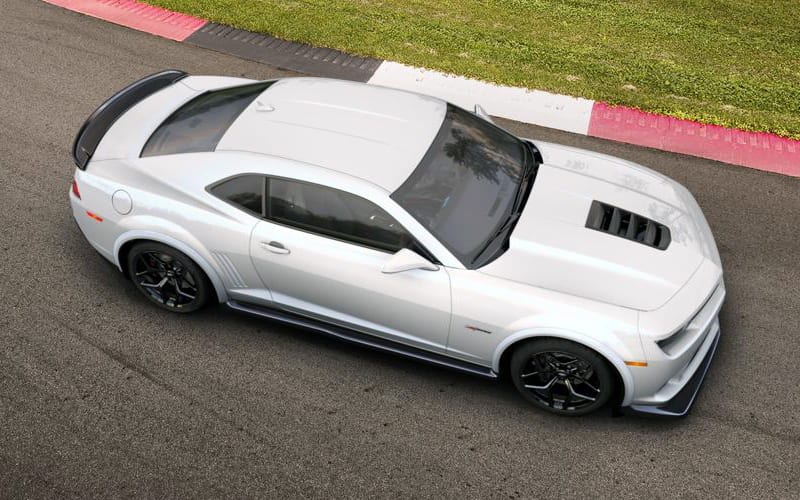 The 2015 Chevrolet Camaro Z28 is a stripped-down version of the standard car with high-performance characteristics. A lot of weight-saving measures have been introduced to keep the weight down and thus to improve performances and handling. Everything that wasn’t necessary had to go, and we include the sound-deadening material in here as well. The audio system has been fitted with just one speaker, and the air-con unit has been deleted altogether. It is a necessity in certain areas, however, so Chevrolet has decided to leave it in as an option. How nice of them.

The exterior of the 2015 Chevy Camaro Z28 is rather special. It gets its unique color scheme and a few visual upgrades, as well as the standard Z28 badges scattered everywhere around the bodywork of the vehicle. It’s body kit together with a functional air diffuser has been designed to reduce drag. We think it looks best in red, but other choices are of course available. The car rides on a set of 19-inch aluminum wheels wrapped in Pirelli PZero tires. 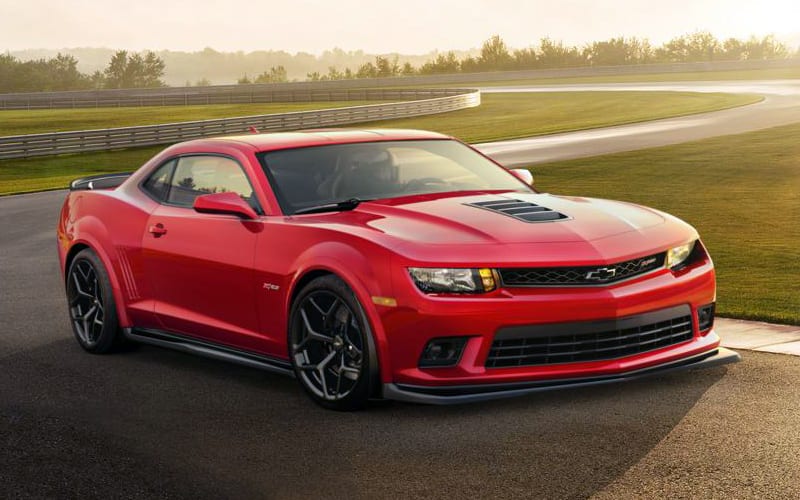 The 2013 Corvette Z06 derived LS7 V8 gets fortified with new pistons, titanium connecting rods and a spray-coat. Things like cold-air intake and the exhaust headers have been heavily revised, and the dry-sump oiling system is repackaged. With all of that, the LS7 is capable of developing 505 hp and 481 lb-ft of torque in the Camaro Z28. Considering it’s an eight-year-old engine (even older at this point), that’s not bad at all. It may not be able to match some of the competitors but remember this: it’s a naturally aspirated unit, power isn’t that important, it’s how it drives and how it makes you feel. And if the Z28 is your cup of tea, just like it is ours, we strongly suggest you go ahead and purchase one. Then let us have a go at it. 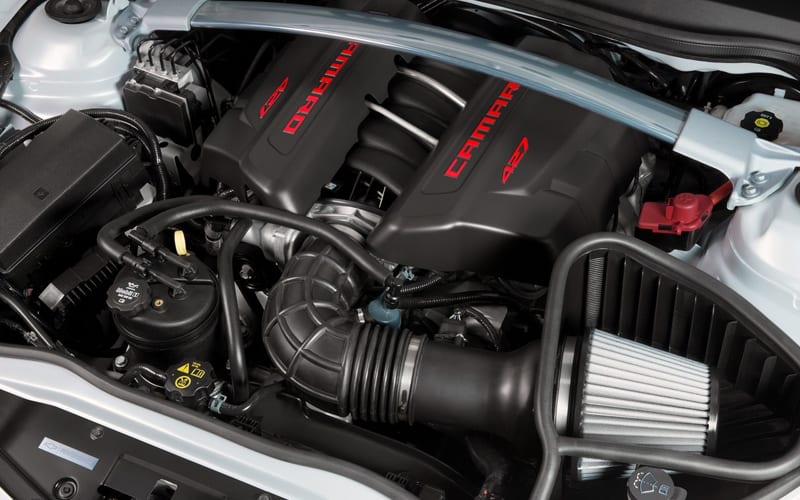 It’s not about sheer and outright speed with the Z28. Well, it is but not in a straight line. Despite it having “only” 505 hp the Z28 is a joy to drive. You can sense the power and the eagerness of the engine from the lowest revs in first gear all the way to the screaming shrieking noises at 7,000 rpm in sixth gear. Speaking of sound, you need to listen to this thing in a real life just to believe it. We could try and explain it you, but we doubt there’s an accurate way of describing what a large N/A engine like this sounds like. It’s glorious, monstrous and scary all at the same time. 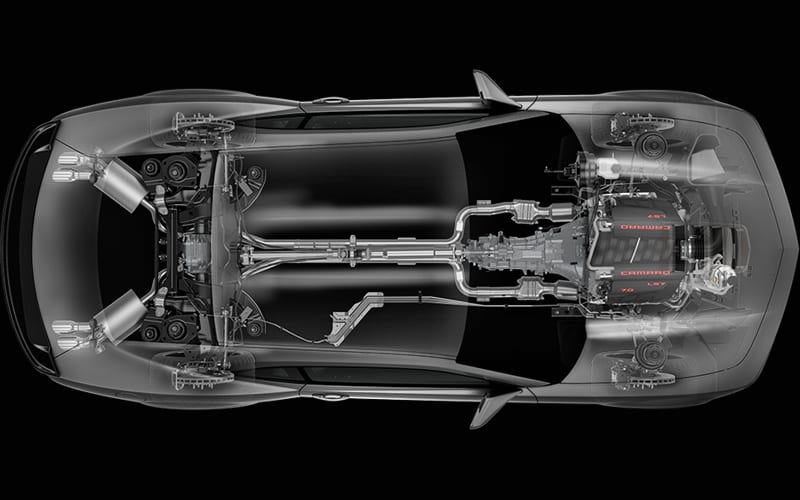 The power figures are rather interesting, to say the least. It reaches 60 miles per hour in 4.4 seconds and will reach the quarter mile in decent 12.7 seconds. At that point, you will be doing 116 mph. In a straight line, the Z28 can’t even beat its sister car, the ZL1, but there’s more to it than that. See, while the ZL1 is faster and even Chevrolet admits it, the Z28 is a driver’s car, a track car. A car you should enjoy driving in, and not just in a straight line. It gives you perfect machine and great setup that puts you in control. 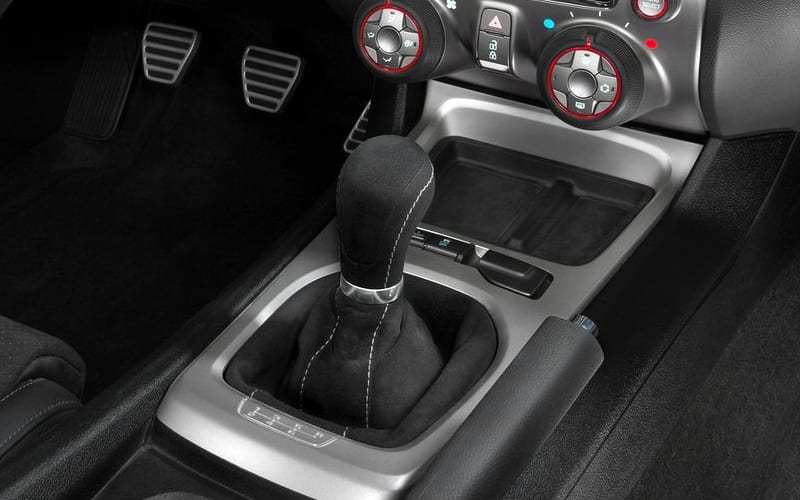 The six-speed manual is excellent and the 3.91:1 final drive works perfectly in conjunction with the car. The shifts are heavy but fast, and there’s more than enough room for heel and toe maneuvers down at the pedals. It uses the pretty much widest wheels of any production car, and they’re wrapped around Pirelli P Zero Trofeo Rs. It’s essentially a racing tire for the road, but they are street legal, barely. 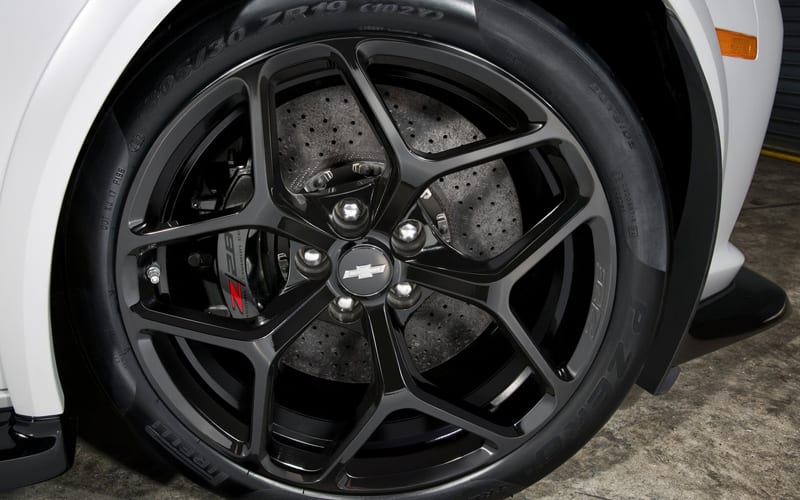 Handling wise, we have no complaints. The Z28 was built to be the ultimate muscle car, and we can honestly say it more than succeeded everyone’s expectations. If you’re lucky enough to own one of these or is planning on buying one, congratulations. Not only is it superb, but prices might go up in following years thanks to the host of new cars beginning on sale. Boy, what a time to be alive.

When it comes to cost, you should know that the 2015 Chevrolet Camaro Z28 is not a cheap vehicle and that it is far from the base version. It is priced at hefty $72,305, a lot, but, still far less than you would need to pay for some equally powerful Ferrari, Porsche or Lamborghini. 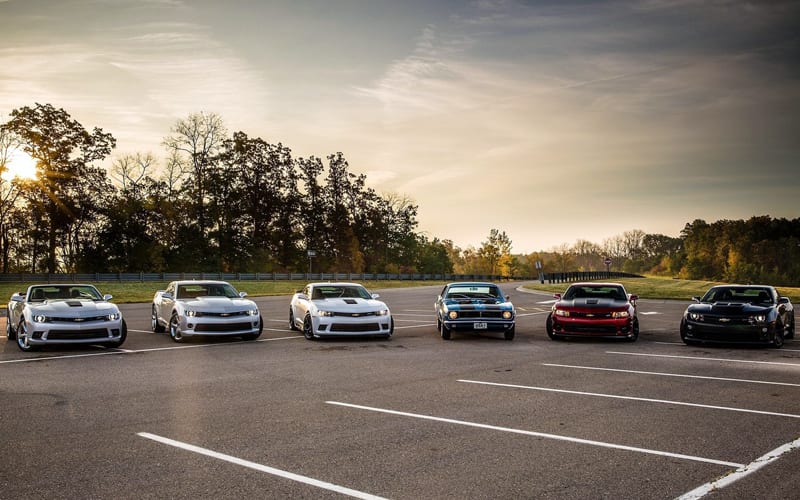 No other Camaro in history has ever been as ready to take to the track right from the dealership as the Z28. But is it worth that money? If you have 20 minutes to spare, watch the video below.