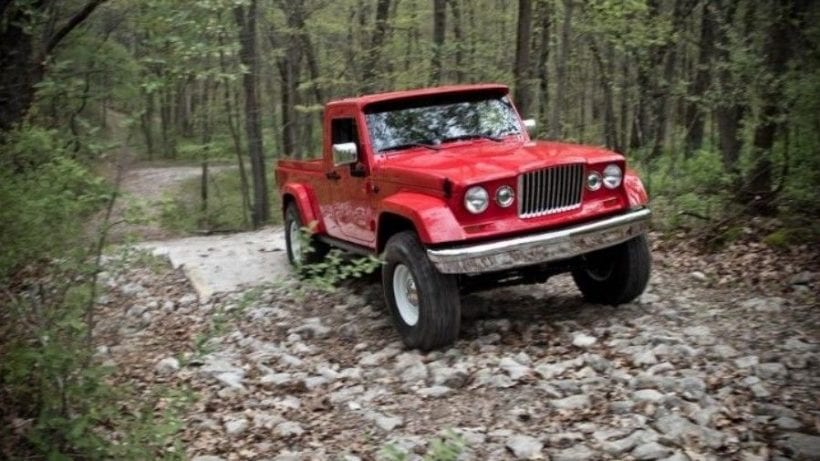 You may have noticed that we have recently shower you with a bunch of Wrangler concepts and now here is a reminder of one more. In 2012 Jeep prepared well for Easter Jeep Safari in Moab, Utah and presented J12 Concept to the world. Fast forward to this year, and during the recently held Jeep Beach event in Daytona, Florida, 2012 Jeep J12 Concept was among us once again to evoke imagination or anger over the fact that we all anticipate, for a long time, actual arrival of Jeep pickup.

Jeep had a history with trucks for sure. In 1962 Gladiator was revealed as a pickup version of Wagoneer model. In 1971 it lost the Gladiator part of the name, being called from that moment just Jeep Pickup, until 1988 when production ceased. From 1985 till 1992 Jeep was offering smaller Comanche as a truck version of Cherokee and that was the last that we saw of Jeeps with a cargo bed.

Still, resurrection is under way, this time Wrangler is borrowing parts needed, and until that happens, we could amuse ourselves with a reminder of this concept. 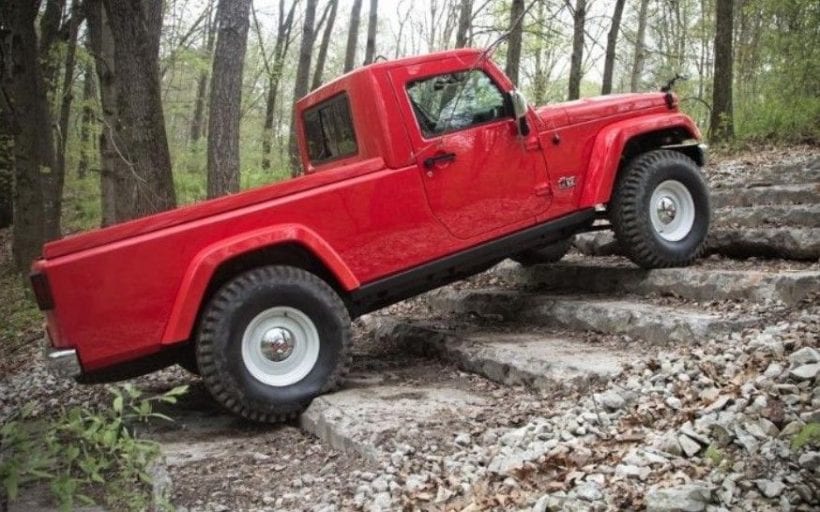 At first glance, it is clear that 2012 Jeep J12 Concept is an homage to the first generation of Gladiator. The whole fascia with quad lights, square vertically slatted grille and authentic shape of the hood, is an open reminder on Jeep’s first truck. Even wheels are thin with white alloys featuring Jeep logos from an era when it belonged to Kaiser Motors. On the inside, we have our usual modern day Wrangler, but with a bunch of nostalgic treats. Seats are exchanged for one bench decorated with plaid pattern also used on door’s armrests.

The white color of the seat is duplicated on the steering wheel, vents, and arm handles, while the lower part of the dash and doors, along with lower console that is painted red, same as the exterior. And finally, rack on the rear window can hold guns or fishing rods, whichever you fancy more.

IT WAS SERIOUS WORK

J12 is not just visual presentation. Chassis used was one from Wrangler Unlimited, but ladder frame was stretched by 18 inches in order to accommodate the bed. Cargo bed was borrowed from Mopar, which actually offers JK-8 conversion kit all the way from 2011 with which you can turn your Wrangler Unlimited to a pickup truck by yourself for five and a half grand.

Now back to the concept. 3.6-liter Pentastar V6 delivering 285 hp with 5-speed automatic remained the same, but not things like fenders, hood, and grille which are now made of carbon-fiber. Also, J12 is seriously equipped for some hard-core off-roading, as standard Dana axles are switched for harder Dynatracs with ARB air lockers, we also have additional 3 inches of ground clearance, and Teraflex sway bar that could be disconnected for additional wheel movement.

Not that anybody is going to address some desert moguls with this thing in high-speed fashion, but just so that we know that it can, this vehicle has Fox Racing shocks with separate reservoirs.

We hope, as much as you, that next time when we are back on the theme of Jeeps and trucks it is not going to be about concepts anymore. 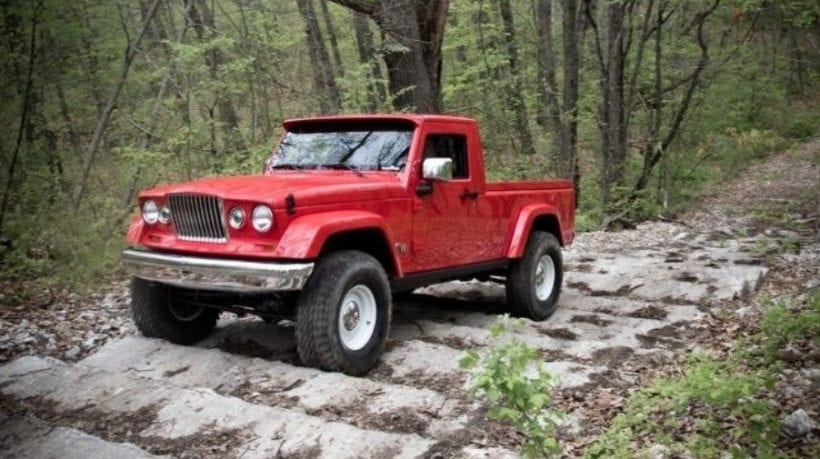