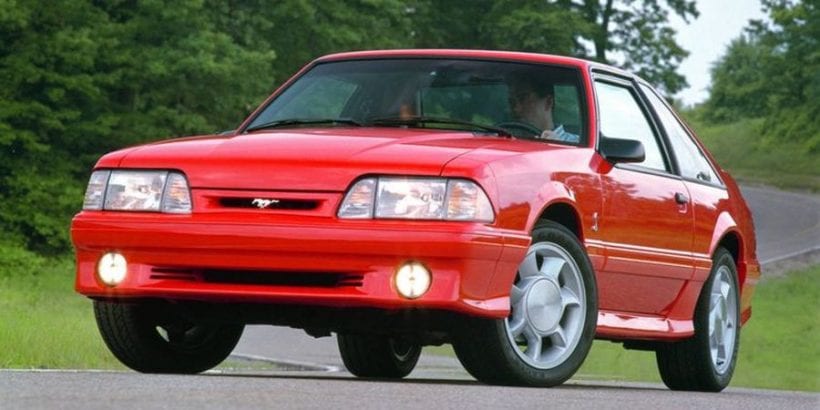 You cannot have any list without a Mustang. The Ford Mustang Cobra which had a wide range of names during its lifespan that lasted from 1993 to 2004 was one of the coolest cars in the 1990s. The Mustang Cobra was designed as a high-performance model, and it sat above the Mustang GT, and this vehicle was targeting racers and collectors at the same time.

The first time the public saw the Mustang Cobra was in Chicago in 1992. Back then, it was difficult to differentiate this model from the GT, but all of the major distinctions were under the hood. The Cobra packed a V8 engine that delivered 235 horsepower and helped the car accelerate to 60 mph in 5.9 seconds. Ford produced 5,100 examples of the Mustang Cobra.

Another model which was even better was the Mustang Cobra R. This enhanced version had the aggressive red color that screamed power and better brakes, steering, and wheels. The focus of the Cobra R was raw power and speed, but only 107 rolled out of the factory. Meanwhile, the regular Mustang Cobra went mostly through design upgrades, as well as some minor performance boosts.