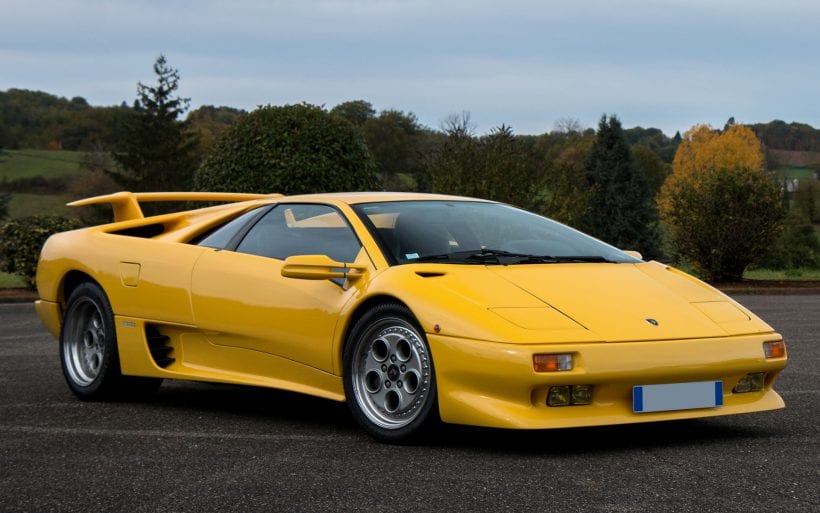 The Lamborghini Diablo was a name people recall today. It was in production between 1990 and 2001, and this mid-engine sports car had the top speed over 200 mph. It was replaced by the Murcielago, but the Diablo had an interesting life. The car could have looked differently had Marcello Gandini designed it, but when Chrysler took over, everything changed. In total, Lamborghini produced 2,884 units, but there are only 51 remaining on the road.

In some aspects, the Diablo reminded us of the Countach, while in 1993, the Diablo VT that was a 4WD vehicle arrived. Moreover, Lamborghini launched the SE30 anniversary edition to mark the 30th birthday of the company. Under the hood, the Diablo packed a 5.7-liter V8 engine that was mated to a 5-speed manual transmission. The complete output of the car was 492 bhp and 428 lb-ft of torque. The other iterations we have just mentioned had similar numbers.