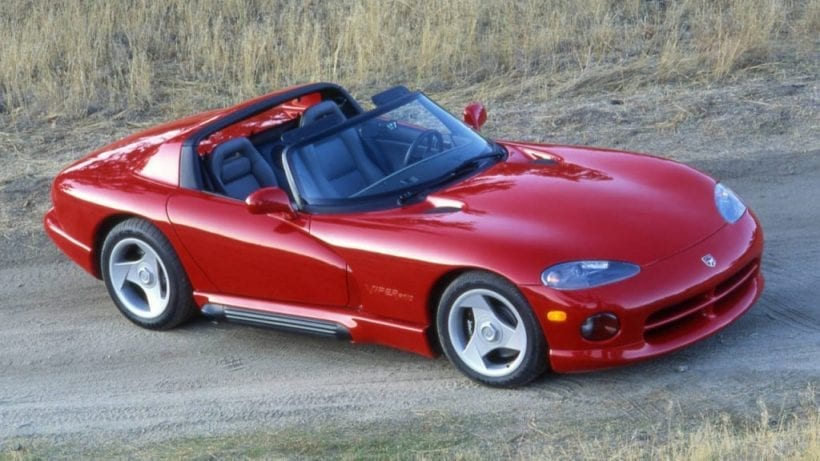 You can find a Dodge Viper today, but the vehicle became an icon in 1992. The Viper stole hearts of all car enthusiasts, and it was definitely one of the coolest cars in the decade. The manufacturer toyed with the idea to create the new vehicle in 1987, and the Viper made its first appearance two years after that. It is considered to be the 1990s car because even though it was introduced to the people in the late 1980s, it hit the streets three years later, in 1992.

There were two generations of the Viper – the first was out between 1992 and 1995 whereas the second one debuted in 1996 and it was in production until 2002. Out of the two, the first-generation car drew more attention and its engine was the focal point. Interestingly enough, the unit of the first Viper was created as a truck engine that was inspired by the Chrysler LA, and it produced 400 horsepower and 450 lb-ft of torque. Despite the high output, the Viper was rated at 21 mpg when driven calmly, which was more than satisfactory.

The second-generation Viper was more powerful than the first one, and the powerplant delivered 450 horsepower and its top speed increased by 22 mph. Dodge decided to launch the Viper GTS in 1996 and three years later, an American Club Racing model, which came with enhanced suspension and engine, debuted.