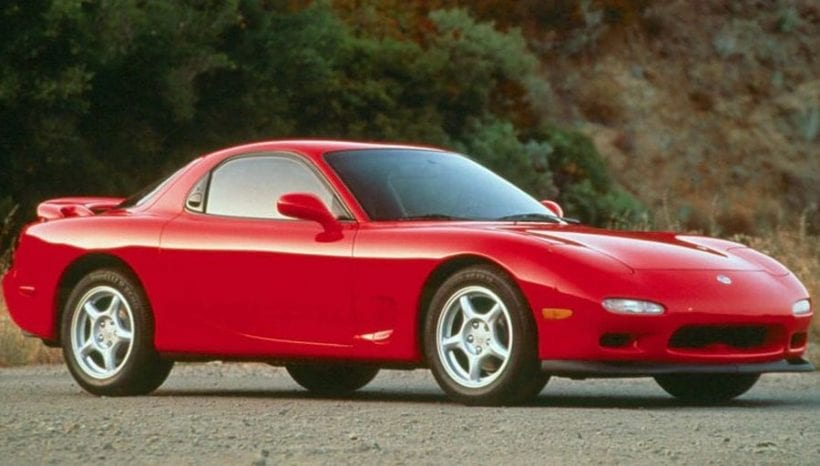 Ah, the Mazda RX-7. It was the classic sports car with amazing performance, and although the name appeared in 1978 for the first time, it was the 1992 model that left everyone standing in awe. Everything about this vehicle was perfect – design, its 13B-REW twin turbo engine, and its four-speed automatic and five-speed manual transmissions. The complete output of the powerplant was 327 bhp, and it was the first car with the combination of a rotary engine and a turbocharger.

Truth be told, there were two turbochargers, but the second one activated when the rpm exceeded 4,000. Despite amazing performance numbers, Mazda had to reduce the price of the RX-7 because the sales were low. In North America, there was a choice between three models, each with different features inside.