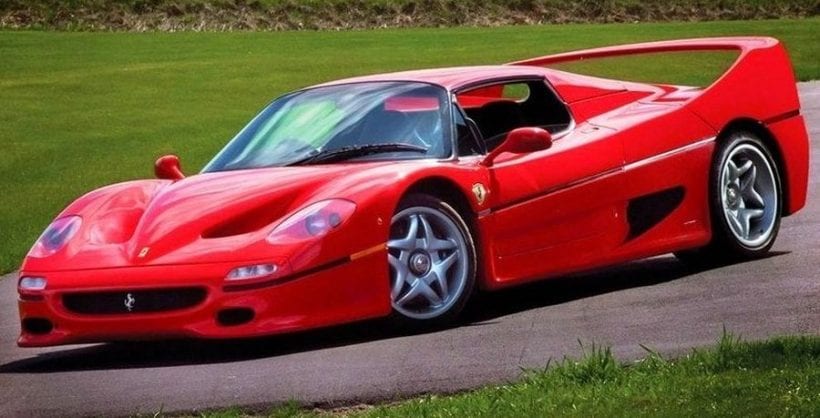 The Ferrari F50 was in production from 1995 to 1997, and the total number of units made was 349. This is a rare model, which has room for two and a removable hardtop. However, Ferrari came up with the poor solution for the top, and you couldn’t store it in the car. Instead of that, the company added a small canvas canopy in case you wanted to drive without one, and the rain started to pour suddenly.

Under the hood, this Ferrari boasted a 4.7-liter naturally aspirated V12 which is based on the 3.5-liter V12 that powered the 1990 Ferrari 641 Formula One model. The complete output of the Ferrari F50 was 520 bhp at 8,000 rpm, and Ferrari advertised it as the closest thing to Formula One that is street-legal.

The vehicle featured the Pininfarina design which was popular among Ferrari models. Even though it was similar to the F40, the F50 had some of the parts more radical, such as the rear wing. In fact, the engineers focused on the car’s aerodynamics over its aesthetics whereas buyers had some options such as choosing large seats instead of the regular ones.