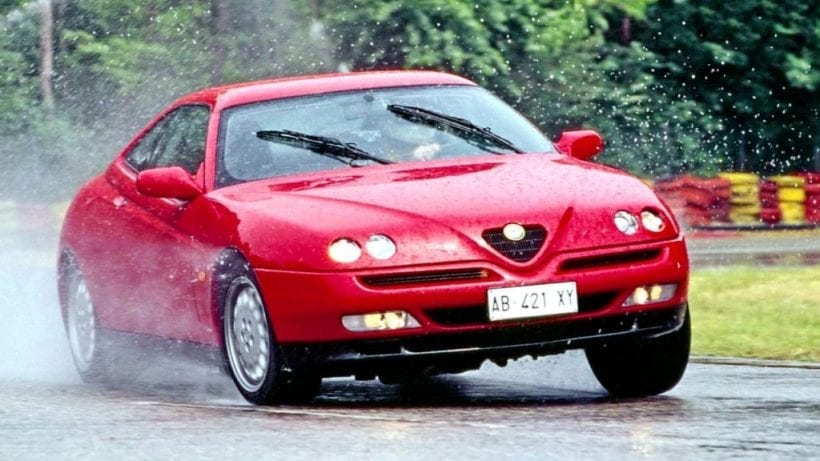 The Alfa Romeo GTV was on the market for ten years, from 1995. This model is sometimes called the 916 which was the internal designation from Alfa Romeo, but either way, the GTV was a coupe with room for four passengers, whereas its Spider counterpart that was on sale from 1995 to 2006 had room only for two. What made this Alfa Romeo beautiful was the front-wheel-drive handling that was unrivaled.

You could have bought the GTV with a 3-liter V6 engine and despite Alfa Romeo produced a total of 270,000 examples, the GTV is dying out due to costly repairs, and there are about 3,200 left today. Even though the car was launched in the middle of the 1990s, the design dates from the 1987 and various elements were characteristic for this Italian carmaker such as the front grille and round headlights.