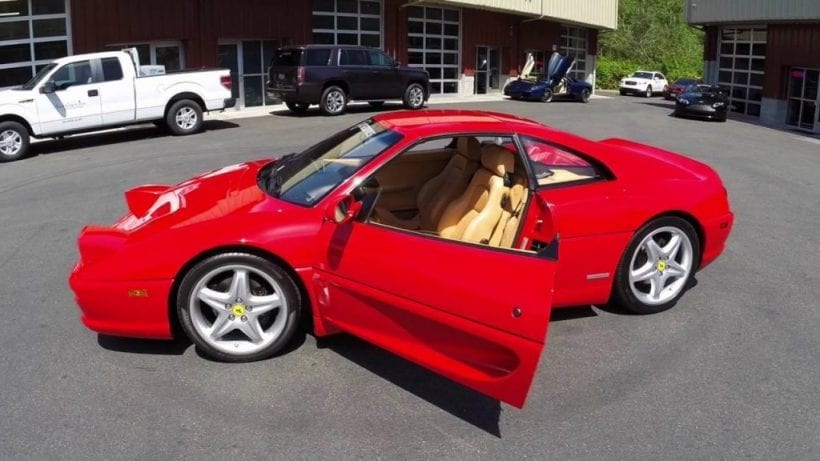 Ferrari 355 was in the market from 1994 to 1999, and it was a follow-up to the 348 model. This two-seater was available as a coupe, convertible and Targa whereas it came with the rear-wheel drive and a V8 engine. Both the 348 and the 355 used the V8 unit, but the one in the 355 was a 3.5-liter, and it had a five-valve cylinder head which was the reason why it was more powerful with 375 horsepower. In the first few years, Ferrari 355 was available only in coupe and Targa forms, but in 1997, the convertible known as the Spider was introduced.

The number of models that were produced reached 11,273, but the models that arrived later on, had numerous improvements, including the switch from the Bosch 2.7 Motronic system to the 5.2 Motronic, which was smoother. As for design, the 355 was clearly distinguishable from the 348, but the sides of the new car were prone to corrosion. Generally speaking, the 355 was handsome and powerful.