Home
Tips
10 Most Fascinating Cars of The Mad Max Franchise 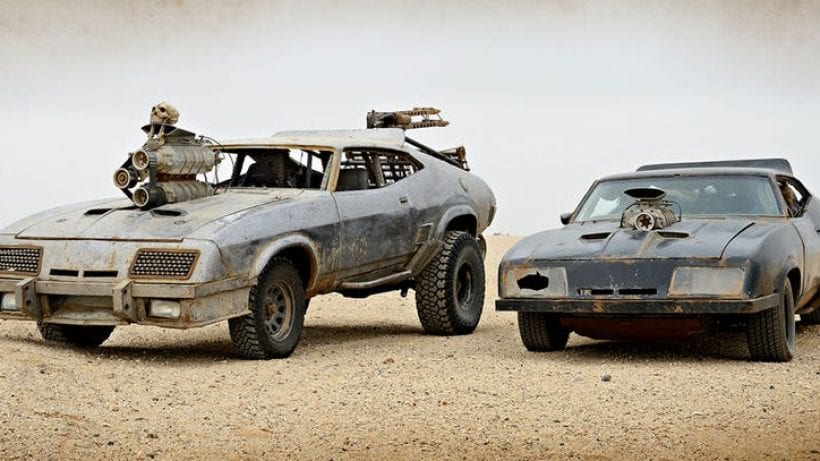 The nuclear war has destroyed human civilization, leaving those few remaining people living in a post-apocalyptic desert. That is the main plot of Mad Max franchise, but apart from that, what people mostly remember about the original trilogy, as well as the latest addition The Fury Road, are vehicles. Not many movies can boast with a similar collection of cars, trucks, and bikes, all modified in order to provide their owners with a fighting chance to survive their hostile environment. Here are some of the most memorable ones. 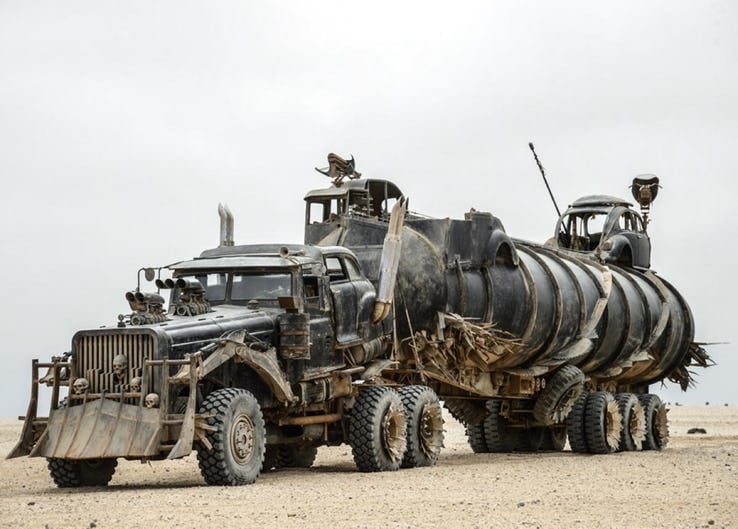 What do you get when you cross-breed a Czech Tatra T815 with a Chevy Fleetmaster, sprinkle some Beetle parts on top and add a plow? Furiosa’s War Rig. Designed to haul heavy loads of fuel through the desert and plow through every obstacle on its way, the War Rig is the ultimate tractor of apocalyptic world of Mad Max. Furiosa steels it from Immortan Joe in order to transport his brides to her homeland and set them free. 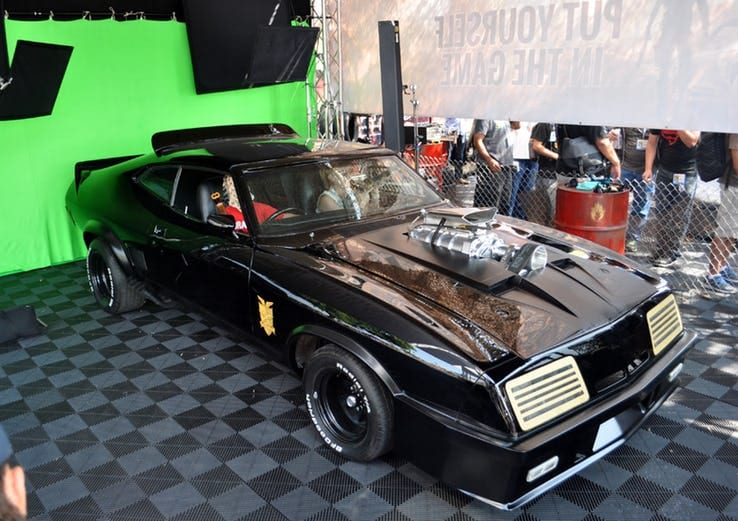 The iconic Ford Falcon V8 Interceptor is the most recognizable vehicle in the Mad Max lore. Unfortunately, while they were pretty common in the 1970s when the original movie was made, they have almost gone extinct in the 21st century, forcing the film crew to built three they needed for Fury Road to built them almost from scratch. It is unclear if they survived the filming in Africa.

Humungus is one of many villains in The Road Warrior. Its ride is beefed up Ford F-100, made to look like a big rig. It also features a pair of bull bars in front, where two prisoners could be tied up. Despite its rugged look and the ability to survive a crash, the truck also has a nitrous system, allowing it huge bursts of speed, enough to catch even Max’s Interceptor. 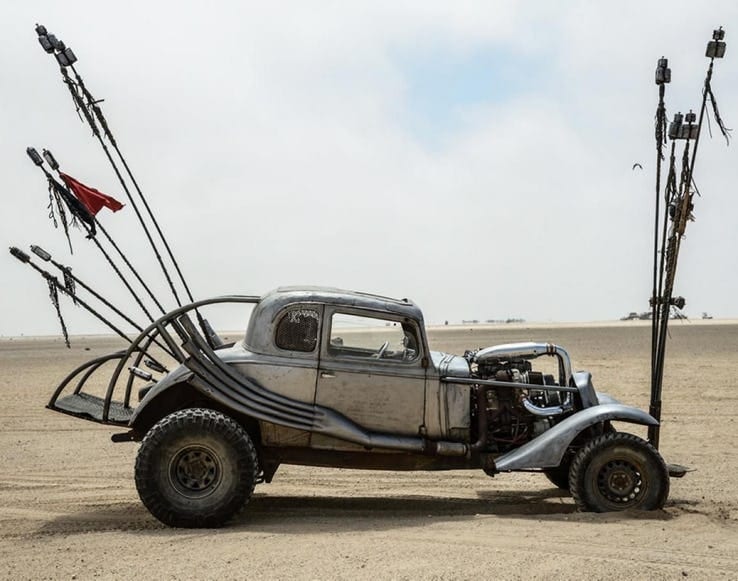 Nicholas Hoult has played a pivotal character in Fury Road. Starting as one of Immortan Joe’s War Boys, he held a coveted position of a driver of a heavily modified 1934 Chevrolet 5 Window Coupe. As it turns out, the car they used in the movie had some bullet holes in it, suggesting that it was used as gangsters’ car back in a day. The designers added some heavy armor, nitro fuel, and of course weapons to create a car suitable for desert warfare.

The plane Jedediah uses to steal Max’s camel wagon in Beyond Thunderdome is a Transavia PL-12 Airtruk. What is unique about this plane is that it was designed and made in Australia and it was never used in any other part of the world. It had another appearance in the movie, helping the great escape at the end. 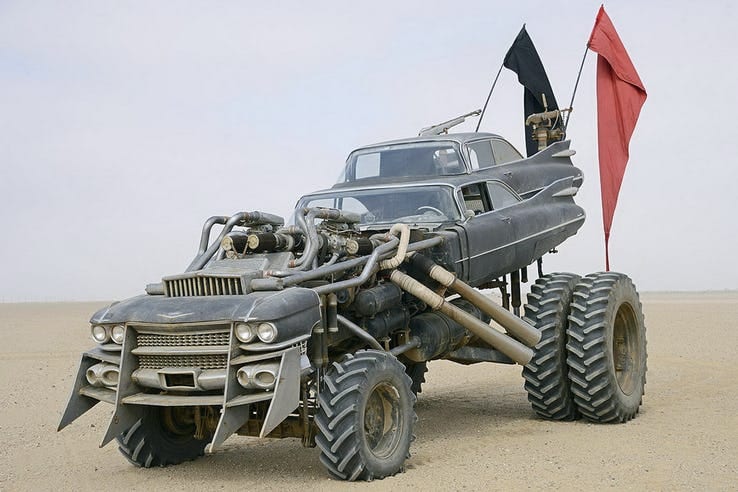 Described by director George Miller as a “Cadillac on steroids”, Gigahorse is Immortan Joe’s favorite ride. Powered by twin V8 engines, each delivering 502 horsepower, and sitting high above the ground on its enormous wheels, it is the epitome of Joe’s power. It wouldn’t be complete without weapons and Gigahorse features a whaler’s harpoon and a flamethrower. 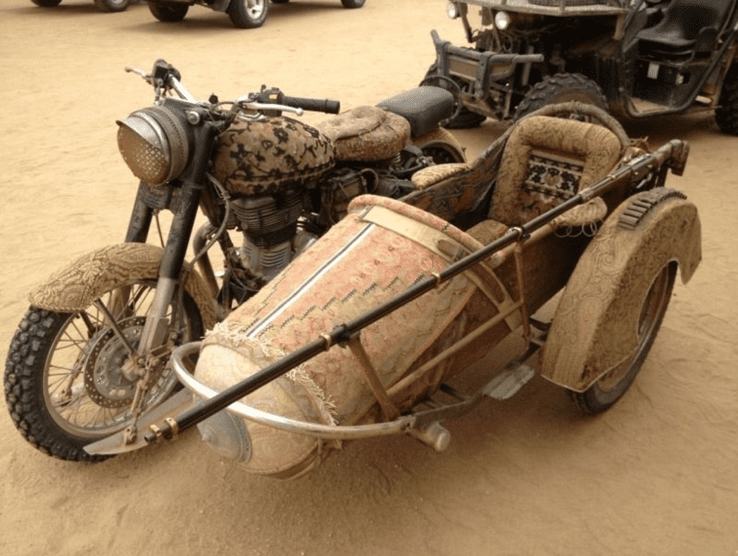 George Miller wanted as much variety as he could get in terms of vehicles of r The Road Warrior and one of the bikes in the movie features a sidecar. It is a Yamaha 650, sold for the movie by Alan Levinson. When he got a chance to see the bike all ready for filming, Mr. Levinson didn’t recognize it at first. 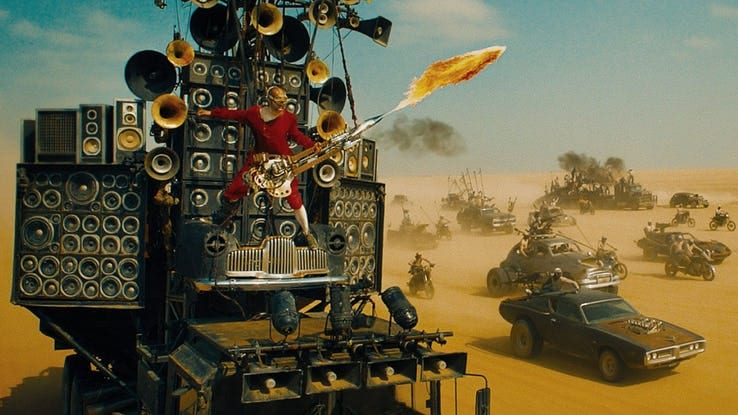 The Doof is one of the favorite characters in Fury Road and rightly so. He is played by Sean Hape, who really plays the guitar during the pursuit. The Doof Wagon features fully functioning speakers, something Miller insisted on. Combined with Hape’s guitar performance and four drummers in the back, it is a mobile stage that motivates the War Boys during their desert ride. 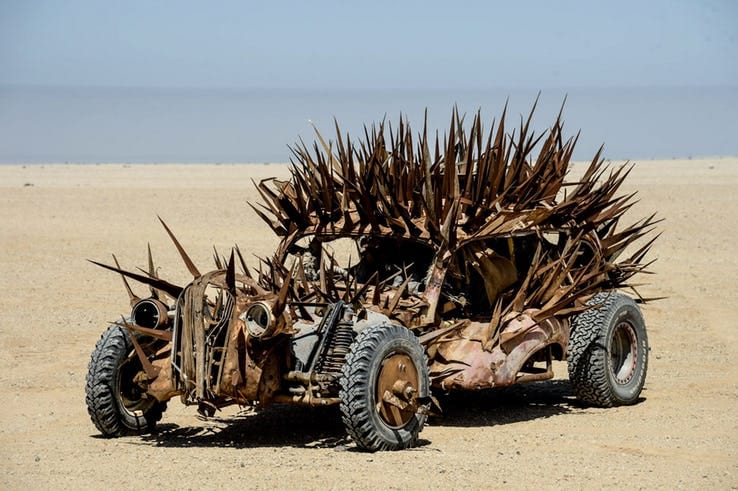 The Buzzard tribe is extremely protective of their territory and they don’t take it lightly when Furiosa leads entire war party into their canyon. They mobilize their army, consisting mostly of what would be most accurately described as hedgehogs on wheels. It has 1,757 spikes, which is exactly the same as Australian anteater, which served as an inspiration for it. 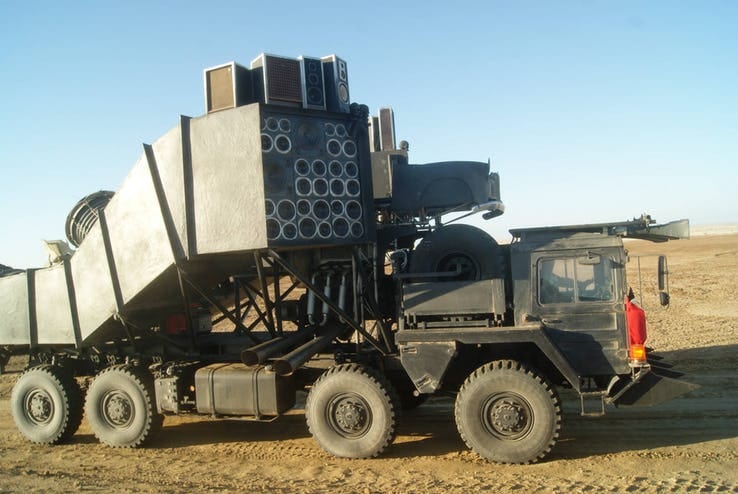 The unsung heroes of The Fury Road are the vehicles you never saw on the screen. They are five 8X8 military trucks from Germany that hauled all the heavy equipment across the vast expanses of the Namibia desert. If it weren’t for them, the movie might have never been made.